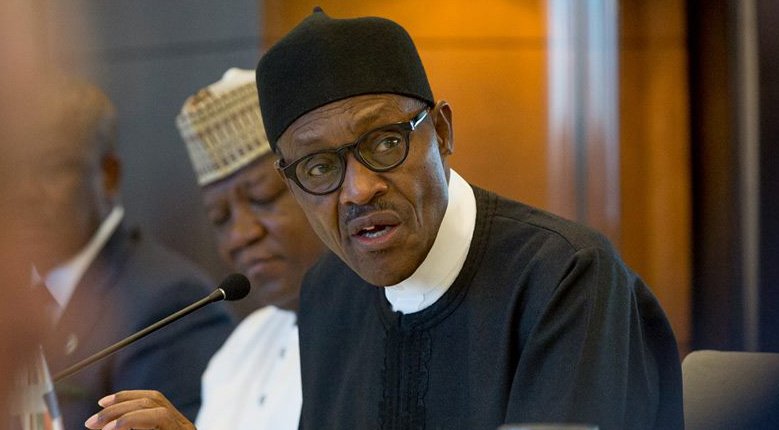 After months of addressing Nigerians from outside the country on issues that are largely local, granting interviews to foreign media outfits while neglecting the local media, General Muhammadu Buhari (rtd), was finally convinced (or was it confused) to host a presidential media chat in Nigeria. Before now, Nigerians had expressed strong reservations on why the president had chosen to always make policy statements concerning the country only whenever he travelled abroad. For those who might not understand why, the president’s media chat shows it.

Apart from the fact that the chat was drab and largely patronising to the president, it exposed the president’s unbelievably shallow understanding of national issues and the skill expected of a president of 21stcentury Nigeria, to answer questions in ways and manners that give the people hope in the face of growing socio-economic challenges. With the benefit of hindsight, one now understands fully why the president has always shied away from such important engagements with the people. Apart from lacking the finesse of a modern day president, Buhari confirmed fears in some quarters that he does not understand elementary issues confronting the country, a situation that might make the already moribund economy to be irredeemable.

It is most unfortunate that Nigeria’s current president still thinks that for him to devalue the naira it has to be against a particular foreign currency. Asked his thoughts on this issue, he charged at the panellists asking which currency he would devalue the naira against; would it be the US dollar, the British pounds, the French francs or the German deutsche mark, as if the devaluation of the naira would relate with only one foreign currency without the other. It is shameful how our president does not know about this. If he does not understand simple economic issues as this, how much more complex ones needed to drive Nigeria’s economy! Does this not explain why our economy recently adjudged the biggest economy in Africa under President Goodluck Ebele Jonathan is now among the worst in the continent just seven months after Buhari and the All Progressives Congress took over power?

It is quite alarming that the president did not know or feigned not to know that domiciliary account holders cannot operate their accounts to the extent that they cannot withdraw a mere £200 for their needs. In his magnanimity, Buhari promised to ask the CBN governor why that is so! The implication of this is that while ordinary Nigerians are denied access to their accounts and suffer as a result of this, Buhari must have been receiving his own foreign incomes (estacodes) without any qualms; hence, he did not know what Nigerian domiciliary account holders have been passing through all this while. It was in the same manner that the president, asked if he had intelligence that the Chibok girls were still alive, retorted quite regrettably “We are still waiting for a credible Boko Haram leadership to tell us that”!

Furthermore, Buhari expects to take a stand on the Shi’ite/military issue after the army has conducted an investigation into an issue it was an active party, thereby making the army a judge in its own case.

My appeal is this, when next a media chat is being arranged for Buhari, his handlers should not forget to come with the CBN governor, the army spokesperson, the confirmed leader of Boko Haram and any other individual that might be considered useful for the chat so that they can give our president “expo” on certain questions that are beyond his understanding and learning.

For a president who prides himself as one having no minister with any corruption case in court, he forgets to inform Nigerians that the party he presides over has fielded two governorship candidates (Timipre Sylva for Bayelsa State and late Abubakar Audu for Kogi State) who have corruption cases in court running into humongous billions of naira in the only two governorship elections so far conducted under the present administration. Going by this scenario and ratio, it means that in future elections, the criteria for being an APC flag bearer will include having a corruption case in court, in fact, being convicted makes one’s chances brighter. That is the party whose leader is celebrated as an anti-corruption crusader, the party whose leader is our president!

The worst answer of the night was the one he gave to Ibanga Isine’s concern on the continued dangerous trend of state security institutions flagrantly disobeying court orders and deliberately undermining the judiciary especially as it concerns Sambo Dasuki, Kayode Are, Nnamdi Kanu, Patrick Akpobolokemi who have all had judicial pronouncements on them violently violated by security agencies. Dasuki has met bail conditions from three different courts and every time he met those conditions, he was re-arrested and clamped into detention despite orders of the courts.

Nnamdi Kanu on his part had told Justice Ahmed Mohammed of the Federal High Court, Abuja, that he would rather remain in detention than stand trial as the DSS had shown disdain for the judiciary by not obeying the earlier orders of the courts discharging him, saying there was no need for any trial since there was no guarantee that the orders of the court would be obeyed, thereby expressing lack of confidence in the court. Agreeing with the position of Kanu despite vehement opposition from the prosecution, the judge had to exempt himself from the case telling the prosecution that if they were in Kanu’s shoes they would do the same.

The same scenarios have played out in the cases of others earlier mentioned. Rather than express regrets over these unfortunate developments and promise Nigerians a better deal, Buhari confirmed our worst fears that the brazen lawlessness of the DSS was ordered by him as he declared that allowing these individuals to go on bail would allow them “run away”. He even expressed dismay at Nnamdi Kanu holding dual passports of Nigeria and Britain as if that was a crime in itself.

While expressing his readiness to dialogue with Boko Haram, world’s deadliest terror group whose true leadership he cannot confirm, he thinks that Nnnamdi Kanu should be crushed by all means possible including disobeying court orders concerning him simply because he “brought in sophisticated radio transmitters into the country”.

In conclusion, President Buhari’s first media chat was nothing but a charade and a waste of time as nothing new, nothing incisive, nothing instructive, nothing informative, nothing hopeful, nothing real came out of it. It was just a reminder to Nigerians that this “One Chance” will not “Change”!