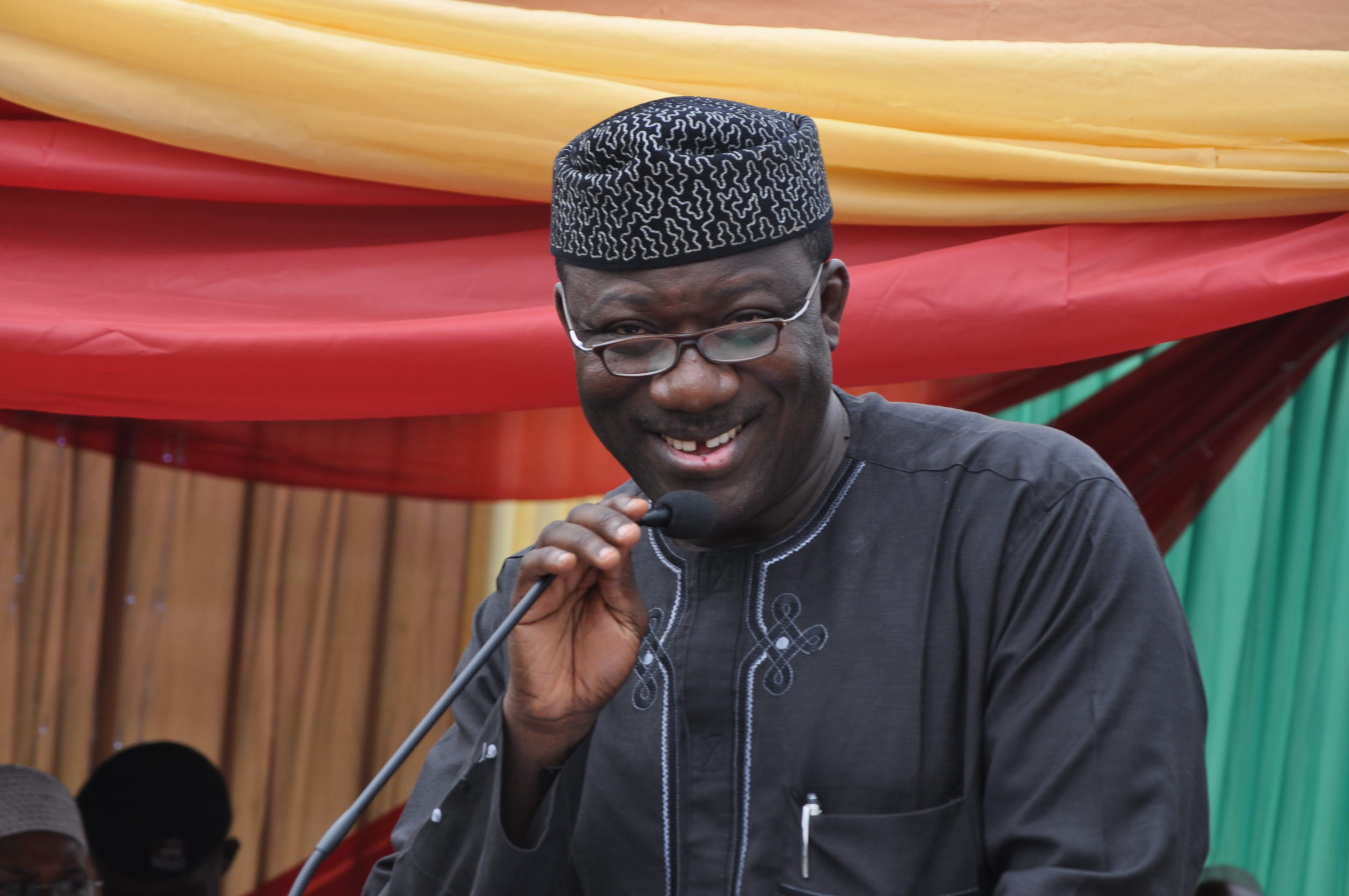 Several cases of graft, from petty corruption to grand looting have been reported at the Nigerian Institute of Mining and Geosciences (NIMG) Jos, emerging details made available to SIGNAL have revealed.

The institute, which is the flagship organization in the mining sector, is reportedly enmeshed in a cesspool of corruption reflecting years of endemic and systemic rot in Nigeria’s mining sector.

At the very basic level of its operations, the institute is said to be without any functional website, Internet access and any literature or information about its own existence and activities. The website hosted by the pioneering management of NIMG has been left unattended to because of lack of capacity to sustain it with information.

Inside sources at the institute who spoke to SIGNAL on condition of anonymity called on Nigeria’s President Muhammadu Buhari to beam the searchlight of his anti-corruption crusade on the sector if any meaningful gains were to be realized in government’s efforts to diversify and tap into the huge potential of the mining sector.

“The current Director of the NIMG, Dr. (Engr.) Umar Sa’idu Bamalli, PhD was recently invited by the ICPC a few weeks ago to answer questions bordering on corrupt practices in the Institute. He is the embodiment of incompetence and lack of experience. His first encounter with Dr. Kayode Fayemi, the Minister overseeing the sector when he visited Jos, revealed a yawning gap. He could not boldly answer some very important questions about the institute and even the Minister could not hid his disappointment when he was told the institute had no functioning website. But even at that, the Minister is ignorant of the magnitude of rottenness, impunity and looting of funds taking place here”, one of the sources told our reporter.

Findings by SIGNAL revealed that the institute has been badly mismanaged by what appears to be a cabal in the former Ministry of Mines and Steel Development, (MMSD) who anointed Bamalli the substantive Director/CEO, from GL 13 to GL 17 within a period of just 4 years in contravention of civil service rules and processes. Curiously, no staff has been promoted in the institute since 2009 when it came on stream as a government agency set up to provide critical manpower for the mining sector. Only the current Director/CEO, Bamalli got promoted.

According to an informed source, “All the pioneer staff had their provisional letters of appointment in 2012 with 2009 or 2010 as their effective dates of first appointment, but a contrived regularization abandoned these letters and changed their dates of first appointment to 1st January, 2014, forcing the helpless staff to lose 4 to 5 years of service. While that regularization has now been discarded for a new process, the hatchet job done with it has not been reversed. The cry against injustice hunts the NIMG till date as more and more injustice continues.”

Allegations of financial recklessness, impunity and lack of accountability are commonplace at the institute. “The President will need to conduct dispassionate investigations into why, despite the billions of Naira that have been sunk into places like NIMG, Nigerian Geological Survey (NGSA), National Metallurgical Development Centre (NMDC), Jos, Ajaokuta Steel Company Limited, Ajaokuta and National Iron Ore Mining Company, Okene, they have all failed to live up to expectation. Government should investigate why the NIMG collected N32 million in the name of promotion arrears when the claimed promotion had not, and still has not been done. Rather, the money has been diverted to enrich personal pockets by means of ghost contracts and non-existent overtime payments”, an NIMG official who did not want to be named told SIGNAL.

Further checks by SIGNAL revealed that overtime payments amounting to almost N75 million, more than 50% of the institute’s annual personnel allocation, were made thrice in 2015 to about 137 staff out of 141 in the Institute and the staff directed to cash and return 60% to 80% to the Director/CEO through some staff in the Finance Division. One staff who pleaded anonymity had his monthly salary withheld just because he refused to return the amount expected of him.

“Some staff insisted on returning the required percentages through the bank and the account of one finance staff, Iliyasu Salihu, GTBank 0025040383, was used for the transactions. Fake overtime forms were raised after the payments on advice from some auditors to cover up the crime”, an inside source told our reporter. Meanwhile, it has been alleged that fake awards are taking place and documents raised in arrears to obliterate the tracks of the crimes.

Cases of procurement fraud have also been cited in the operations of the institute. “Is it not ironic that in a very small institute of less than 150 personnel and practically zero activity, contracts for printing of ‘Security and Non-Security Documents’ were contrived and awarded in two batches, in 2015 alone, amounting to about N3.6 million and N9.6 million respectively? All relevant procurement documents were raised from within. In a particular case, a supposed bidder could not be traced to the address on his supposed documents. That is the abracadabra we are operating here,” another source who did not want to be named said in anger and frustration.

Internally Generated Revenue (IGR) at the institute have been pilfered according to reports. Of revenue worth N17 million accruing from a training conducted in Kano in April 2014, more than N5 million allegedly went to personal pockets, with the Federal Government getting less than N1 million. The account of a close ally of the CEO, Balarabe Garba, GTBank 0021607906, was reportedly used to collect all monies returned by staff who had been given certain amounts for specific jobs. The same Balarabe, a staff from a department other than the Training Department was assigned to supervise the training and manage the accruing revenue.

According to inside reports, N2.26 million out of N2.3 million allotted for hiring of venue was transferred to Balarabe. Meanwhile, less than N250,000 was spent on the venue. Several other such transfers were allegedly made to the same person, which amounted to more than N5 million while original recipients of the sums were directed to source receipts and retire the monies. Bamalli was said to have personally purchased gemstones for the training at a cost of about N2.4 million, while not more than N600,000 was expended.

With the adoption of the Treasury Single Account (TSA), monies hiding in various accounts waiting to be squandered by the year-end were swept off. However, the sum of N36 million was set aside in the name of clearing outstanding claims and debts. This “was used to pay 13th month salary and procurement of Christmas Gifts, while genuine claims like staff 1st 28 days’ claims amounting to less than N20 million if honestly computed have not been paid”, according to an inside source. This new expenditure, the source said was to make room for Bamalli to cut a big chunk out of the money while “closing the eyes of staff.”

Investigations by SIGNAL exposed claims that the sum of N47 million out of the 2015 capital allocation meant for Re-activation and Re-habilitation of Mineral Processing Equipment for Training was brutally mismanaged. “They came and claimed that “Re-activation and Re-habilitation of Mineral Processing Equipment for Training” is not the same as sourcing equipment spare parts for the stores, procurement of a jeep for the CEO, unnecessary purchase of thirty laptops when almost every office is said to have a desktop, purchase of 100KVA generating set when the Institute has five of of such sets, setting up a museum and procuring minerals for the museum. You can see the abuse of process and corruption going on here”, an NIMG official said.

Similarly, a 2014 contract for provision of 30 Potable Water Boreholes in Itas-Gadau LGA of Bauchi state, a Constituency Project worth N150 million and handled by the institute was reportedly abandoned, not even halfway to completion. According to inside reports, auditors from the Accountant General’s Office, who were scheduled to visit and audit this project were frustrated with threats of Boko Haram and non-availability of the engineer that supervised the work.

Also, the Mining Engineering Building which insiders refer to as the “never-drying fountain of wealth” has reportedly gulped over N50 million while the physical structure on ground is not worth N10 million of work. SIGNAL learnt that the Director/CEO had lobbied the House and Senate Committees on Solid Minerals to add an additional N150 million specifically for this building. Meanwhile, in the 2016 budget, about N160 million had been earmarked for the institute to procure training equipment.

According to a senior staff at the institute who spoke to our reporter on condition of anonymity, “The project is still ongoing, but we heard from a reliable source that a report was made to the Senate that it has been completed 100% when as a matter of fact, it has not reached lintel level. This is a project that has been on for about three and a half years now. Not less than three tranches of disbursements have been received so far for the project. You can come here to Jos and see for yourself, you can even check with the accounts department to confirm how much has been expended on the project so far. The project has been abandoned.”

Bamalli has also been accused of unilaterally forcing the relocation of the institute’s Liaison Office/Guest House from the Central Business Area of Abuja to a dilapidated house in remote and far away Gwarimpa, strongly suspected to either belong to him or a close friend of his. Bamalli took the decision despite the report of a Liaison Office Search Committee, which advised against the relocation. A copy of the document was made available to SIGNAL.

Inside observers have raised concerns about how Bamalli has managed to get away with the alleged excesses despite the anti-corruption crusade of the current government.

Asked if any petitions had been sent to the relevant anti-graft agencies, inside sources told SIGNAL that several petitions had been written, particularly to ICPC but Bamalli’s strong network of contacts and godfathers have frustrated investigations from seeing the light of day.

“The ICPC has several petitions and reports, but Bamalli has a lot of strong backers. He believes in godfatherism. Many reports and petitions were also sent to the new minister Kayode Fayemi but he has refused to look into them and nothing has been done”, a top management official at the institute who did not want to be named told our reporter.

“The only thing happening in NIMG under Bamalli is the payment of salaries and financial manipulations just to line private pockets. Two major things Bamalli has going on well for him are his ability to compromise anyone and extraordinary talent at pretending to be truthful and sincere before any one meeting him for the first time”, the official added.

When contacted by SIGNAL, Bamalli denied allegations that he forced the relocation of the institute’s Liaison Office/Guest House to his private property in a remote part of Gwarimpa district in Abuja. “That is not possible, that is incorrect”, he told SIGNAL.

Pressed further on other allegations of graft leveled against him, Bamalli reluctantly answered the questions. “I am on the road and cannot discuss with you now. Can you come to my office?”, he told our reporter.