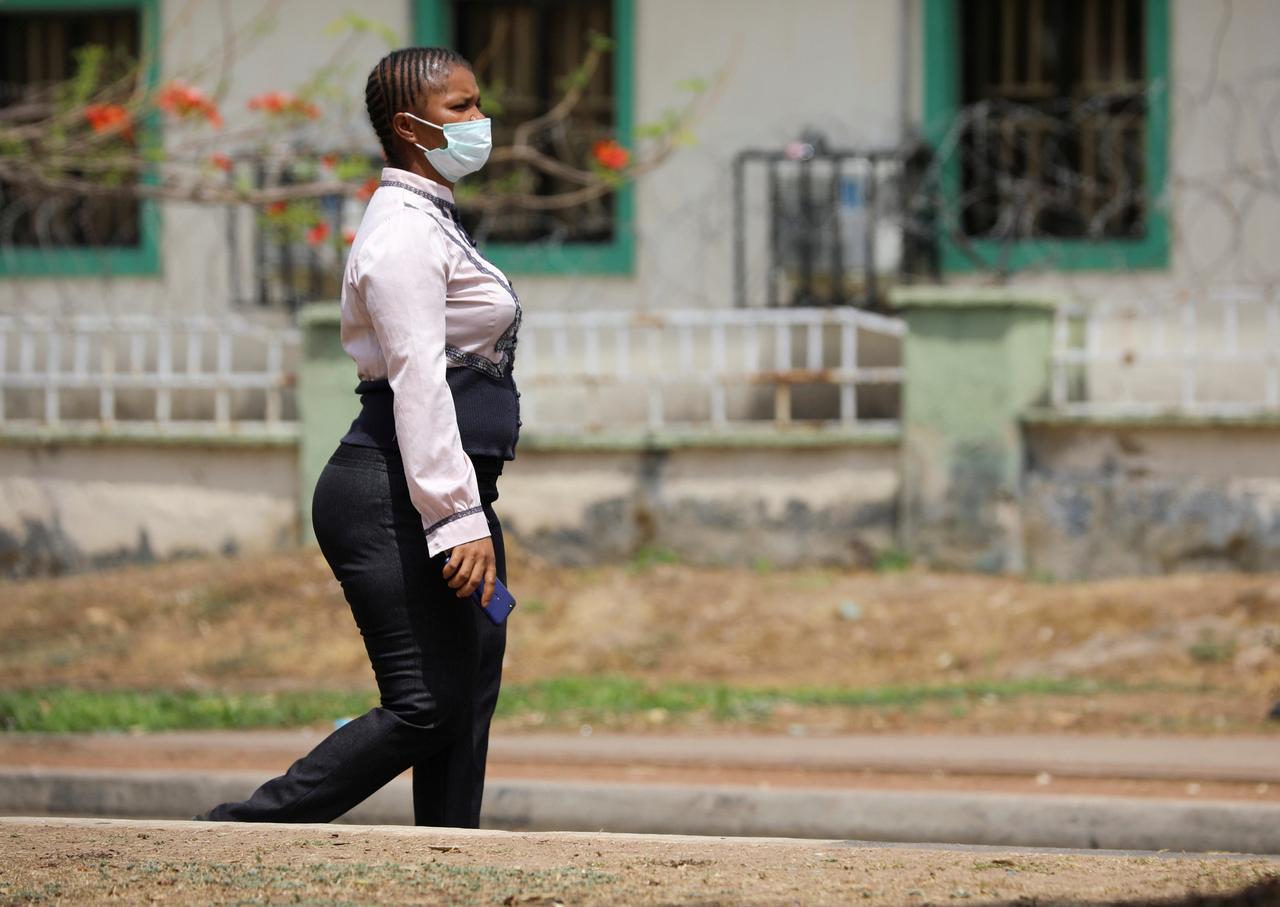 When it fully makes a landfall in Nigeria, the Severe Acute Respiratory Syndrome Coronavirus-2 (SARS-CoV-2) pandemic (COVID-19) will discover a country already at the mercy of pandemic-level hunger and chronic violence. The combination of virus, violence and hunger should ordinarily be a complex emergency. With President Muhammadu Buhari now evidently enfeebled, the virus arrives in a season of leadership vacuum, converting a severe public health challenge into a crisis of sustaining social cohesion and political stability.

Public health and political power in Nigeria have always had a mutually dissonant relationship. When Brigadier-General Sani Abacha informed the world on December 31, 1983 of the decision by Major-General Muhammadu Buhari to sack the elected civilian administration of Shehu Shagari, he offered an unusual reason: “Health services are in shambles as our hospitals are reduced to mere consulting clinics without drugs, water and equipment. Our educational system is deteriorating at an alarming rate.” Nearly 37 years later, the landfall of COVID-19 in Nigeria presents Muhammadu Buhari with an opportunity to advertise his achievements.

The score-card is doleful. Buhari’s usurper, Ibrahim Babangida, used hospitals in Germany to treat radiculopathy. His successor, Sani Abacha, died mysteriously in office, his remains quickly buried without an autopsy. The predecessor of the man whom Buhari sacked in 1983, Olusegun Obasanjo, who returned as civilian president in 1999, tragically lost his First Lady in 2005 reportedly on a plastic surgeon’s operating table in Spain. Obasanjo’s successor, Umaru Yar’Adua, spent most of his term in office shuttling between hospitals in foreign lands. As elected president, Buhari has spent nearly as much time with doctors in foreign hospitals as he has in Nigeria. All this while, lesser Nigerian mortals have had to make do without the health system he promised in 1983.

As the virus arrives, it will find a country with no pretty options, with no capability for diagnosis, treatment or data-led preparation, little interest in informed modelling and a leadership vacuum like no other.

Let us begin with the diagnostic challenge. Nigeria cannot test its way out of the COVID-19 crisis. The country has only five test centres – two in Lagos, one in Osun, one in Edo and another in Abuja. There is no test centre in any of the 19 states of Northern Nigeria or in the five states of South-East Nigeria. It is not surprising that the positive cases revealed so far closely track sites of testing. Of 97 positive results, 72 or 74.22 per cent so far are in South-West Nigeria, which hosts three of the five test centres, with 59 or 60.8 per cent in Lagos alone (which has two test centres). Abuja, the Federal Capital reports another 16 positive results or 16.49 per cent. The nearby states of Bauchi, Benue and Kaduna altogether report another four positives. From the rest of the country, there are three confirmed cases altogether from Edo and Rivers States in the South-South, and two, both from Enugu in the South-East. The five test centres are presently operating at capacity and there is no money to ramp up testing. The country has fewer than 30,000 test kits. Importing test kits will require standardisation for a country without the luxury of time and in a market now dominated by duds.

The result is that many who need to be tested cannot get this done presently. Therefore, data deficits hamper planning. The daily updates from the Nigeria Centre for Disease Control (NCDC) can hardly be regarded as a credible measure of the spread of the virus in Nigeria.

As the virus beats its path to Nigeria, President Buhari has been somnolent. An alert president would have called a halt to the overreach of the governors. Presidential spokesman, Femi Adesina, claims this reflects the fact that it’s not the man’s style to speak to Nigerians. It is difficult to dignify this piece of hubristic nonsense from a man who claims to have once been the president of the Nigerian Guild of Editors. The more likely explanation is that President Buhari is enfeebled by more natural causes and increasingly lacks the cognitive bandwidth to provide the leadership this crisis requires. The president’s chief of staff, Abba Kyari, the regime’s Svengali, has himself become Nigeria’s equivalent of South Korea’s Patient 31, spreading the virus with the unusual generosity of a man who saw himself as too powerful for the rules of infection control.

The treatment and management options are not good. In 2018, Nigeria’s federal ministers of Labour and Health respectively encouraged the country’s doctors to emigrate or go into tailoring and farming. Today, when they are needed, the country doesn’t know how many medical professionals it has. In total, meanwhile, Nigeria has only about 350 intensive care units (ICUs). There is no hope in hell of being able to make up for a fraction of any shortfall, in anticipation of this crisis.

With no credible diagnostic or treatment option, the response of the country has been characterised by panic. It began with the governor of Rivers State in the Atlantic littoral announcing that he had “closed” all inter-state, as well as maritime borders into the State. His example was immediately followed by many governors, including those of Abia, Delta, Enugu, Kogi and Kano. In Kano and Delta States, the governors announced that they were taking over the airports located in their territories so they could shut them. Inter-state borders in Nigeria’s system are federal, as are airports, maritime boundaries and the human assets required to police or secure all these. State governors have no powers over them. It is misguided for governors, anyway, to respond to a pandemic in such silos.

The fact that this is happening is evidence of the biggest problem that Nigeria confronts in this crisis – leadership vacuum. As the virus beats its path to Nigeria, President Buhari has been somnolent. An alert president would have called a halt to the overreach of the governors. Presidential spokesman, Femi Adesina, claims this reflects the fact that it’s not the man’s style to speak to Nigerians. It is difficult to dignify this piece of hubristic nonsense from a man who claims to have once been the president of the Nigerian Guild of Editors. The more likely explanation is that President Buhari is enfeebled by more natural causes and increasingly lacks the cognitive bandwidth to provide the leadership this crisis requires. The president’s chief of staff, Abba Kyari, the regime’s Svengali, has himself become Nigeria’s equivalent of South Korea’s Patient 31, spreading the virus with the unusual generosity of a man who saw himself as too powerful for the rules of infection control. A Presidential Task Force headed by the Secretary to the Government of the Federation (SGF) has been compromised by exposure to Mr. Kyari, unable to work in a government not configured for remote business. Put forward by the politicians as their institutional shield, the NCDC is caught in a brutal political turf-battle and must play safe by focusing on its limited role, even as it struggles for modest elbow-room to function.

COVID-19 is more than a complex emergency for Nigeria. It could be disaster on a hitherto unknown scale. In a country in which citizens don’t have access to many social safety nets, edicts of social distancing and lockdowns have limited shelf-life. Hunger will force citizens to defy them and dare the virus with potentially catastrophic outcomes. Coercive enforcement could lead down the path of social unrest, which the country can ill-afford in a time of enfeebled national leadership.

Lagos State, by all measures the epicentre in the country, shows that leadership can make a difference to outcomes in the contest with this virus. But state level leadership and the professionalism of the NCDC can only be optimised if there is political leadership by the federal government. This will not come from a committee of appointees under the SGF. With President Buhari unable to provide it at this time, Vice President Yemi Osinbajo must step out of the shadows and complement the waning authority of the president with his considerable cognitive bandwidth. Capable leadership will make it possible to catalyse regional action by the states, and mobilise civic, business and faith communities in a manner that will prepare to minimise damage after the virus makes its landfall. In the abscence of that, the toll of the virus in Nigeria could be crippling.

Chidi Odinkalu, a lawyer, is co-convenor of the Nigeria COVID-19 Alliance and writes in his personal capacity.