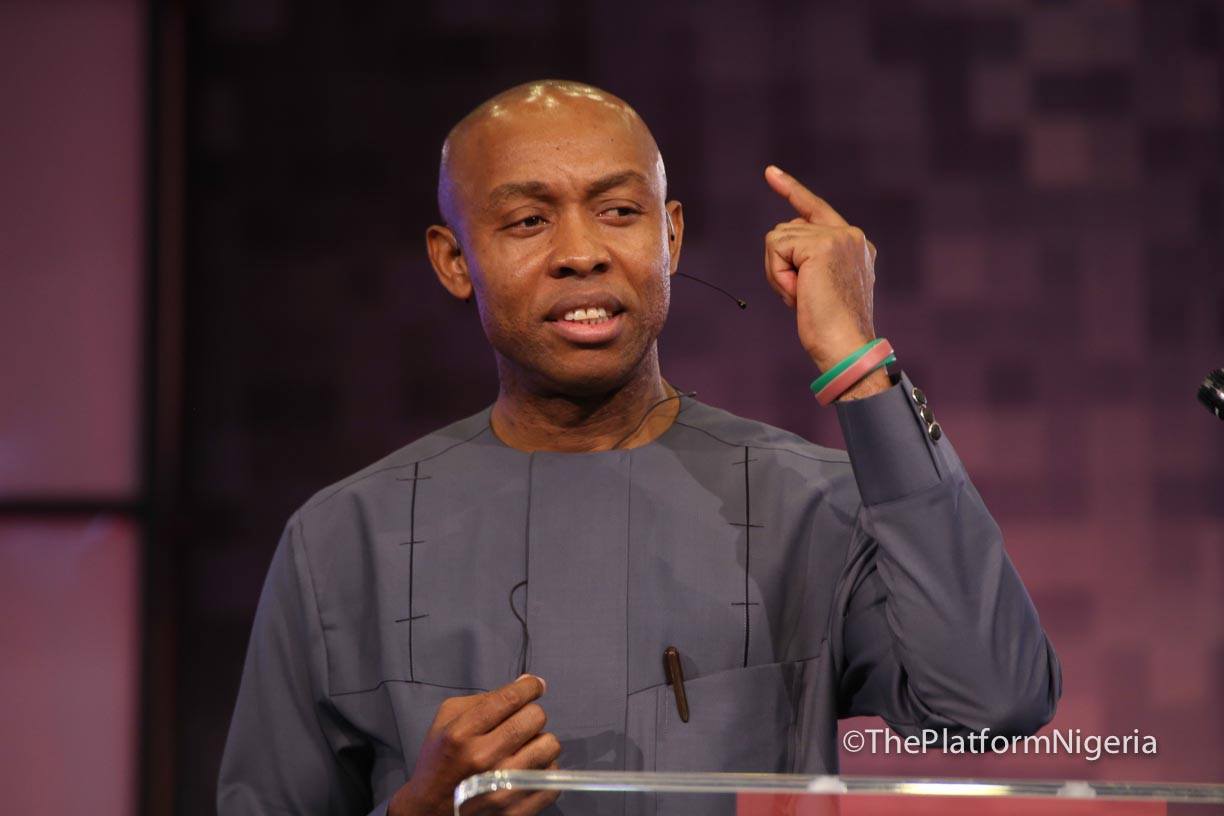 “If there is not a special place in hell for politically corrupt judges, there should at least be a Magnitsky list.” – Geoffrey Robertson, QC, Bad People and How to be Rid of Them: A Plan for Human Rights, p. 228 (2021)

2021 ended on a frantic note in Nigeria. Despite heated developments, politics, troubling trends in the economy and a deepening insecurity outlook, the significant incidents with long term effects took place in the judiciary, where a raft of developments in the last quarter of the year appeared designed to lock in strategic leverage for various entrenched interests in Nigeria’s ruling classes.

Across the country, politicians and judges appear to have reached accommodation on the terms for dividing up the country and allocating it among themselves. In the last quarter, senior judges and politicians were handing out judicial offices to their spouses and children as end-of-year hampers.

One senator had his young daughter sworn in as a judge. A former governor had one of his children sworn in as a High Court judge in Abuja. Back in his home state, another of his children was sworn in as judge by a governor whose wife is also a judge, joining the mother, herself also a judge among the judicial figures who make the appointments. Not to be outdone, a serving governor swore in one of his serving wives as High Court judge. A presiding judge in one court had his wife sworn in as a judge in another. He was one of many judicial figures to benefit from what has become an allocation of judicial preferments among themselves. As their families celebrated, their supporters took to the airwaves and the digital media to normalise these abnormalities, telling us that in Nigeria judicial skills and temperament naturally reside mostly in the bedrooms of politicians.

Nigeria’s judiciary appears deep in the throes of being reshaped as an estate defined by filial and genital relations, to facilitate transactions for political power. This is called judicial capture. As judges now have the casting vote in Nigeria’s elections, ambitious politicians have decided they must own the judges.

Judicial capture occurs through both decisions and omissions by and beyond the judiciary. In the week following my article on “The Court that killed accountability”, I have witnessed a deluge of hundreds of complaints, testimonies and mails, which clearly indicate that the people take notice but have lost hope in the capacity of Nigeria’s judiciary to salvage itself. In the shadows of this despondency, the project of judicial capture has gathered pace. If the quantity of the feedback was surprising, their variety in provenance was astonishing. Among the respondents were judges (serving and retired), Senior Advocates of Nigeria (SANs), law teachers, court administrators and users, ordinary citizens. If these provide any evidence, Nigeria’s judiciary is in a profoundly dispiriting death spiral and the consequences for the country are incalculable.

Just as the proverbial fish rots from the head, the place where the most serious manifestations of the problem with Nigeria’s judiciary begins is the Supreme Court. It is the most powerful court in the land. It is also presided over by the most powerful judicial figure in the country, the Chief Justice of Nigeria (CJN). The CJN is not one job. It is a totem to judicial capture. S/he heads the judiciary; the Supreme Court; the National Judicial Council (NJC); the Federal Judicial Service Commission (FJSC); the Board of the National Judicial Institute (NJI); and even the Legal Practitioners Privileges Committee (LPPC), apart from being a life member of the National Council of State. Each of these is a statutory role and each is a different job. The accretion of power and influence in the person occupying the office at any point in time is quite simply dangerous but this arrangement seems to serve well both the judges and the politicians, who are best placed to change it. When it did not serve the interests of the politicians well the last time, they contrived extra-constitutional means of terminating the penultimate occupant of the position and enlisted beneficiaries in the judiciary as allies.

The Supreme Court is now the judicial Purgatory of the Nigerian legal process. Many of my respondents in the last week from the practicing Bar complained about interminable delays in getting their cases assigned for hearing. In many cases, they testified, they have to pay “facilitation” to get cases assigned a hearing date. Important cases suffer interminable delays, while senior political insiders inexplicably always get to shunt the queue of judicial dysfunction.

Take, for instance, the case of the recent national chairman of the Peoples Democratic Party (PDP), Chief Uche Secondus. In August 2021, the High Court of Rivers State ordered Secondus to stop parading himself as the chairman of the party. An impressive four months later, the case had passed through the Court of Appeal and was ready for argument in the Supreme Court.

By the time of the initial decision of the Rivers State High Court in the Secondus case on August 23, 2021, the appeal of the Federal Republic of Nigeria (no less), number SC.794C/2019, had been pending for over two years before the Supreme Court, against the decision of the Court of Appeal in the case concerning Hyeladzira Nganjiwa. A judge of the Federal High Court, Nganjiwa had been charged with several counts of corruption before the High Court of Lagos State. At his instance, the Court of Appeal stopped the High Court from conducting the trial, claiming that a judge cannot be tried for the crime of judicial corruption unless the NJC has first disciplined the judge for that. Of course, if the NJC were to so discipline a judge, you can be sure that a bright chap called a SAN will argue that prosecuting the same person thereafter for the same act would be a breach of the constitutional prohibition against double jeopardy and you will a fool to bet against some equally inspired bench affirming such an argument. I digress though.

On August 6, 2019, the Federal Government filed its brief of argument in the Supreme Court. Nganjiwa’s lawyers filed their response on December 14, 2020. Seven months before Secondus’ case went to the High Court on January 11, 2021, the Federal Government filed its reply to Nganjiwa’s brief. The case was ripe to be set down for argument. Yet, the Supreme Court managed to prioritise the PDP’s party political case over a criminal prosecution for judicial corruption in which the sovereign is the appellant. Nganjiwa, meanwhile, remains a judge and the appeal goes nowhere.

As evidence of the mutual enterprise that is judicial capture, this kind of anomaly has become so normal in Nigeria that no one complains, not even a Federal Government installed on a mandate to fight corruption and enhance the credibility of the institutions for fighting it, including the judiciary. Some of my respondents, senior lawyers who have prosecuted cases involving charges of high level corruption, told me how, as they prosecuted some well-placed legal and judicial figures on serious charges of judicial corruption, judges on some of the highest courts in the land called them to encourage them to do a bad job, so that the prosecutions would fail. When the prosecutions failed to fail, higher courts invented incredulous excuses to set the accused free, without acquitting any of them or ordering their retrial. Their goal was to decapitate the Economic and Financial Crimes Commission (EFCC) because judicial capture does not need the distraction of a capable anti-corruption agency.

It is little wonder that the Independent Corrupt Practices and other Related Offences Commission (ICPC) reported in 2020 that in the two years from 2018 to 2020, “at least N9.4bn in bribery exchanged hands in the judicial sector.” No one can be brought to account for this because the judges will not allow it. As conservative a figure as it may sound, an annual average of N4.7 billion makes judicial corruption a very lucrative industry in Nigeria, well ahead of kidnapping and banditry in its profitability, where the Council on Foreign Relations estimates average annual earnings in ransom over the four years from 2016 to 2020 to be the equivalent of just under N1.5 billion. The reality, of course, is almost assuredly well north of the figures computed by the ICPC.

It is idle to believe that this state of affairs will be changed by the same Nigerian judges and politicians for whom capturing the judiciary has become a profitable mutual protection enterprise. Many of the lawyers who suffer the adverse consequences of this state of affairs sadly rely on it for their livelihoods and cannot be heard to carp too loudly against it.

For all the mutual benefit that the insiders enjoy, however, many more are excluded. Hardworking and honest judges lose preferment that they are eminently qualified for. Good lawyers will not be appointed to the judiciary because they are considered to be independent or fair-minded, exactly the qualifications that the job needs. Citizens with genuine and urgent cases will die before their cases get a look-in. The cause of setting Nigeria’s judiciary aright is too important to be abandoned to the incest of judges and their political patrons. It’s time for citizens interested to make mutual cause of fighting the crime of judicial capture in Nigeria.

Chidi Anselm Odinkalu, a lawyer and teacher, can be reached at chidi.odinkalu@tufts.edu.