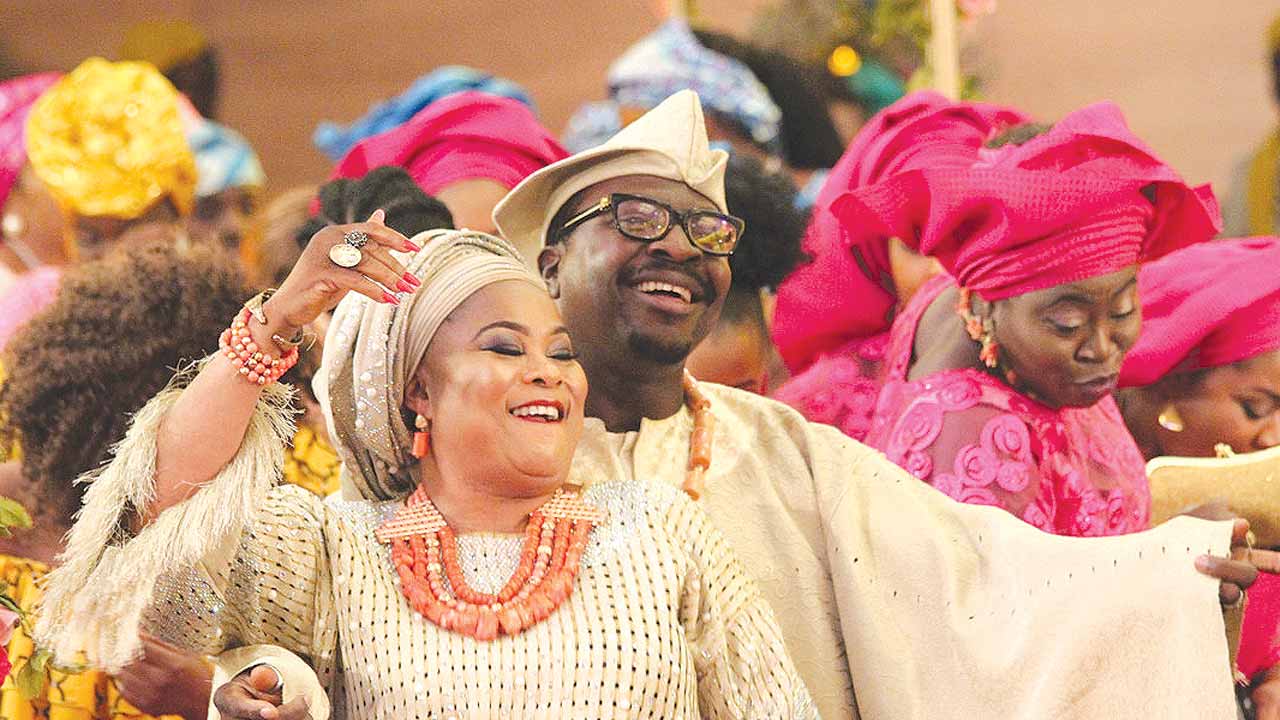 I once interviewed Terry G, a Nigerian music artist, in his heydays sometime in 2010, after his song, “Free Madness”, was released or leaked, as he claimed, and he said: “Chilee, how do you think I will just put that kind of nonsense together and ask people to buy it as music, it’s just as I said in the song, the beat was for other people and I was just testing the microphone because production is not like MC where you will just say, hello hello to set the microphone, here you would have to do something for a stretch before you can get the settings right. That’s just what happened here and because of plenty shayo, I was carried away and sang a whole track.”

He went on to tell me that the Nigerian music public was not yet ready for meaningful lyrics in music. Nigeria, he said, was still a dancing society and no one really cared about the lyrics, it was just the beats that would make them dance and they were happy with it.

Nigeria seems to be at that stage in the movie sector at the moment, when any cinema-quality offering with a simple storyline, star-power and comedy to make them laugh is enough to make it a good movie for now.

The Nigerian movie audience has wandered for long in the wilderness of Asaba, Onitsha, Lagos and other places where cast and crew are hastily assembled and low-budget home movies are churned out in large quantity with stock characters, cheap cameras and witchcraft, that any sense of quality from our movies is good for them.

Nigerians love Nigeria and no matter what happens, once there is quality from our locals, most of who have gone international and back, we will be very happy to patronize it. That has always been the Nigerian spirit.

Nigerian movies have long been challenged by the issue of funding and this in turn affected the quality of works produced in Nollywood. Comedy has always been bedrock of the Nigerian movie industry because with the very low budget of the movies, even the most common film tricks were difficult to accomplish and the success of the industry then rested on the sheer talents of the actors and they expressed this fully through comedy and drama.

Nigeria seems to be at that stage in the movie sector at the moment, when any cinema-quality offering with a simple storyline, star-power and comedy to make them laugh is enough to make it a good movie for now.

Also the budgets of Nigeria movies were severely stunted in the past and the producers who controlled these movies were the marketers at Alaba who only wanted profit and were also afraid of piracy. Those days are virtually behind us now because gradually movies are going back to the professionals and the artists will have the chance to actually produce good art.

Nigeria had cinemas in the past but most of us never saw them, we only heard about them from our parents, just like we had movies and theatre before without really seeing them until “Living in Bondage” came out in 1991 and Nollywood, was born.

The new Nigerian cinema is here and the taste buds seem to favour comedy at the moment. A whole lot of good Nigerian movies are hitting the box office recently but none has been as commercially successful as The Wedding Party before it was AY’s 30 Days in Atlanta and its sequel, A Trip to Jamaica.

Quality is now more demanded by the audience, comedy is once again at the rescue and a storyline not demanding any major tricks like The Wedding Party, with star-quality of the dramatis personae, it was always going to be a success.

The Wedding Party is a romantic comedy that fulfills most of the needs of the present Nigerian cinemagoer. Its success is largely based on the quality of production and the star cast and crew whose fans and friends have hyped the movie into the stratosphere. It is a simple storyline that incorporates a number of serious messages and issues along with the party atmosphere. There is the clash of cultures between the Yoruba and Igbos; the promotion of local dishes above cozy expensive ones; the abandoned Nigerian graduate and so on.

The movie is about wedding and reception story of an Igbo boy, Dozie Onwuka (Banky W) and Dunni Coker (Adesua Etomi), a Yoruba girl. The funny inter-tribal clashes that could have occurred during such event from the beginning of the ceremony to the end. Within this were issues of unfaithfulness both for Dozie and his father, Chief Felix Onwuka (Richard Mofe-Damijo). There is the snobbish attitude of Lady Obianuju Onwuka (Iretiola Doyle) to the perceptibly loud and seemingly uncultured attitude of Dunni’s family. Dunni’s mother, Tinuade Coker is played by Sola Sobowale while the father, Bamidele Coker is played by veteran comedian, Ali Baba.

The cast, which cuts across the major entertainment genres of Nigeria—actors, comedians and musicians, means that the appeal base was spread across the fans of these stars. Also the heavyweight production team of Ebonylive Films, Film One Distribution, Inkblot Production and Koga Studios and the direction of Kemi Adetiba, a New York University-trained filmmaker who has so far directed only music videos in Nigeria, should be also be counted towards the success of this movie. It further buttresses the fact that films are returning to the professionals instead of the Alaba marketers who were only after profit.

While the claims of open casting can count for some of the members, Zaina’s job at Ebonylife, Banky and Adesua’s act in his video “Made for You” would have definitely swayed things in their favour. Zaina is excellent in her role and to me her discovery is one of the highlights of the movie and I hope to see her again on a movie screen.

There are no complicated plot twists, but like I said, that’s not what the movie aims to achieve, it just wants to provide quality laughter different from the bombastic characters of the Osuofia and Jaguar. In fact the serious scenes are somehow wished away to make way for the laughter sections and this is provided in ample episodes of the movies. This at the moment satisfies the Nigerian audience and as we proceed to appreciate good movies, the stakes would continue to be raised on all fronts. 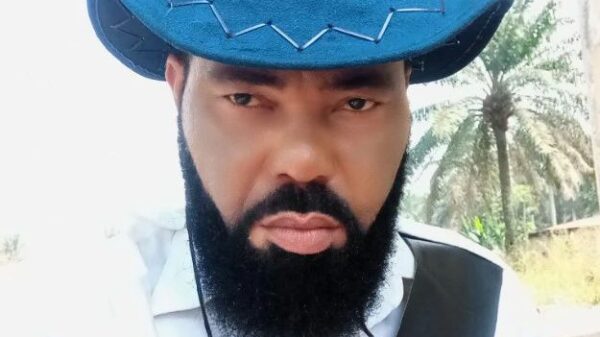 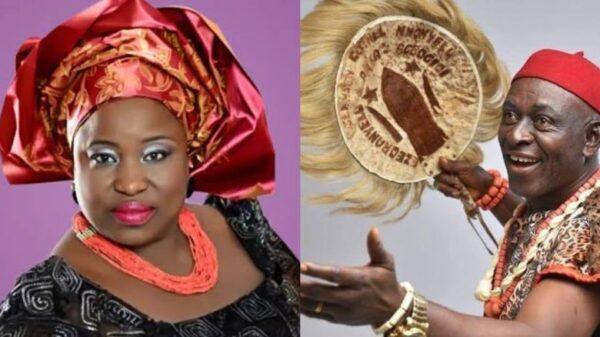 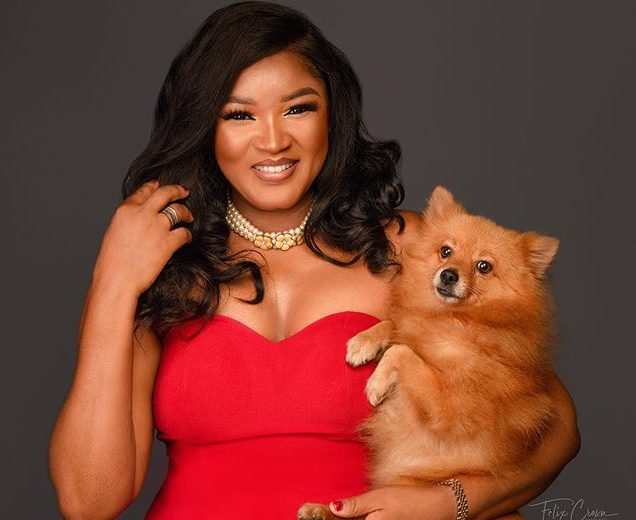