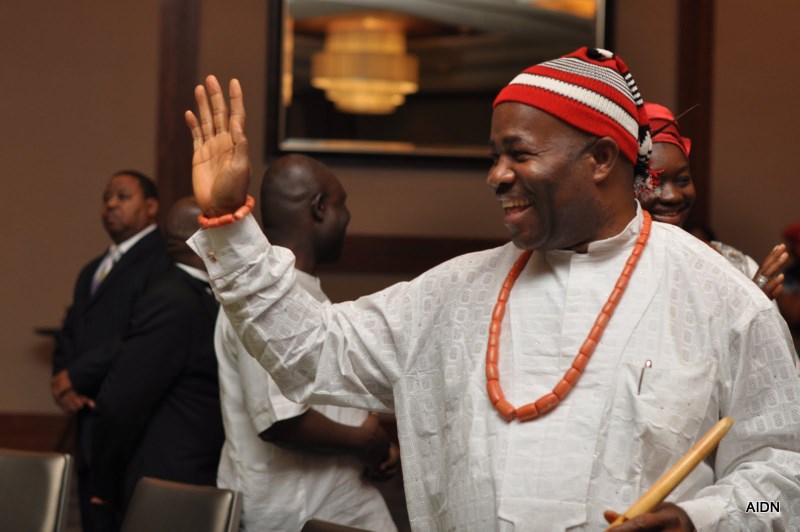 Mr. Udoedehe, a former Minister of State for FCT has said caucus members of the Peoples Democratic Party, PDP, were given at least N3 million each by former Governor of Akwa-Ibom State, Godswill Akpabio as “transport”, every night they met to discuss the party’s affairs, Premium Times is reporting.

According to the former minister, Godswill Akpabio, regularly doled out huge amounts of money as “transport” to politicians, each time they had a political meeting.

He admitted the governor gave him a “special” sum, way more than the already outrageous N3 million others received.

“Godswill Akpabio used to give us at least N3 million each as transport money every night we attended caucus meeting in Government House,” he said during an interview on Planet FM in Uyo on Saturday, November 7. “My own was special, it was more than N3 million.”

The former minister said despite the largesse, he still fell out with Mr. Akpabio, who is now the senate minority leader.

He made the claim to buttress his argument that he could not be bought with money.

As at the time of filing this report, efforts by SIGNAL to reach Mr. Akpabio proved abortive as his lines were constantly busy.

Reiterating his claims that nobody can buy him with money, the former senator said he was bold enough to leave the then Akwa Ibom governor, Godswill Akpabio, and the PDP at a time Mr. Akpabio was doling out money regularly to members of PDP caucus in the state, of which he said he was part of.

“Godswill Akpabio used to give us at least N3 million each as transport money every night we attended caucus meeting in Government House. My own was special, it was more than N3 million. But even with this gift, I disagreed with him (Akpabio) and left him. I left because Akwa Ibom’s interest was paramount to me than any other thing.

“Development goes beyond infrastructure,” he said. “People in Uyo are now selling off their properties, including their fathers’ graves. It shows the level of poverty here.”