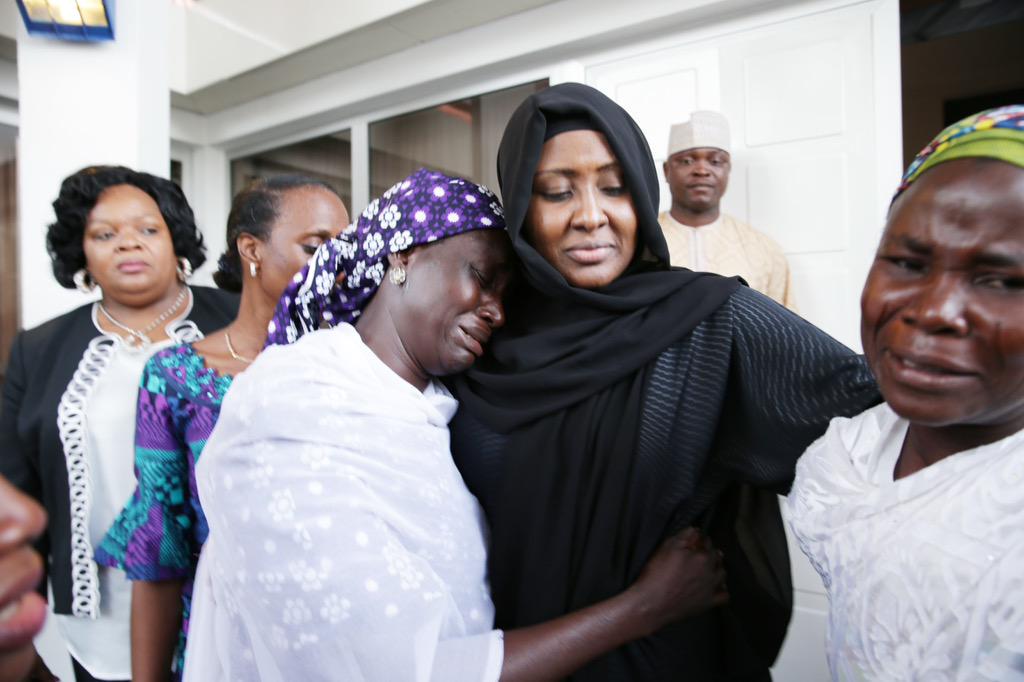 When Muhammadu Buhari swept to power in the March elections in Nigeria, he promised change. Almost five months after his inauguration, Nigerians have mixed feelings as to whether his administration is delivering.

The biggest gripe has been the delay in appointing ministers. This, at least, is on its way to being rectified. This month Buhari nominated 37 names to the senate for confirmation. However, a glance at #TheList reveals this was not quite the change for which many were hoping.

Only six out of 37 ministerial nominees are women, a measly 16 per cent. Many have also complained about the lack of youth representation in the proposed cabinet of a country where the median age is 17.8 years old. In the last administration, 31 per cent of ministers were women. While campaigning, President Buhari promised to implement the national gender policy, which commits to affirmative action and requires that women fill 35 per cent of appointed positions. However, it seems the nature of leadership in Nigeria remains depressingly the same. The president is surrounding himself with ministers mostly like him: older men.

This development points to a disturbing trend when it comes to Nigerian women in positions of political leadership. Whereas women were 9 per cent of the national assembly elected in 2007, this figure fell to 7 per cent in 2011. It is at its lowest in the current assembly: only 5.6 per cent of members of the House of Representatives and 6.5 per cent of senators are women. This is far below the global average of 22.5 per cent and the average for sub-Saharan African countries of 23.4 per cent.

There is yet to have ever been a woman governor of any of the nation’s 36 states. Indeed, as of 2012, only 4 per cent of councillors at the local government level were women. Reasons as to this abysmal record range from the money needed to run campaigns, money which women are less likely to have, to the way women in politics are viewed and treated. The perception that women sleep around to get positions is still rampant.

Rumours circulate about the nature of the relationship between the former president and many of his female ministers.

Women politicians also seem to be held to higher standards. People claim women have not done well as leaders. They point to those, like Diezani Alison-Madueke, the former minister of petroleum resources, who was arrested for corruption and bribery earlier this month to show women ministers are corrupt. They gloss over the fact that many men too have been incompetent and corrupt. Indeed the corrupt and violent nature of political contestation in the country puts many women interested in politics off standing for power. Women aspirants have been killed and threatened. They have been persuaded not to stand so particular men can win.

Add to all this difficulties of balancing political aspirations with family life and the masculine nature of political power, and this is a depressingly familiar story in the majority of countries around the world. Although it stands at 133 out of 143 in the global league tables for women’s legislative representation, these barriers are not unique to Nigeria.

Although scope may differ, commonalities can be seen with countries like the UK where the prime minister purposefully surrounds himself with women to show he does not have a “woman problem” and the leader of the opposition, although choosing a majority female shadow cabinet, failed to appoint any women to its most senior positions.

I can almost hear the comments already — full of words like “meritocracy” and “appointing the best person for the job”. I find it frankly insulting that these “best people” always seem to be older men.

The idea that there are only six women in Nigeria capable of being ministers and that only older men can govern a youthful nation is frankly ludicrous. After all, when making appointments, Buhari had to ensure geographical balance. The constitution requires ministerial appointments be given to representatives from all 36 states. As a result, the list of nominees has one person from every single state in the nation. Why does the constitution not also require fair representation for Nigeria’s women?

Low numbers of women in leadership is both a cause and manifestation of patriarchal gender norms at large. Although women make up 80 per cent of the farming workforce, men are five times as likely to own land. Over half of women in the north are married by the age of 16 and expected to have a child within a year. This is mirrored by the nearly half of unmarried women in the south who experience physical abuse, with this figure rising as high as 70 per cent in some areas.

During the election campaign, candidates talked about the big issues: corruption, unemployment and insecurity. While Nigeria sorely needs action on all three, gender inequality, one of the most important issues facing the country, was conspicuous in its absence. Although having 35 per cent — or even 50 per cent — women in the cabinet would not be a magic solution, it would have been an important first step in showing the Buhari administration plans to deliver for the women of the country as well as the men. That opportunity was missed.

Chitra Nagarajan has worked to promote and protect the human rights of women in China, the United Kingdom, the United States and west Africa. She currently works to build peace in Nigeria. She writes in a personal capacity.