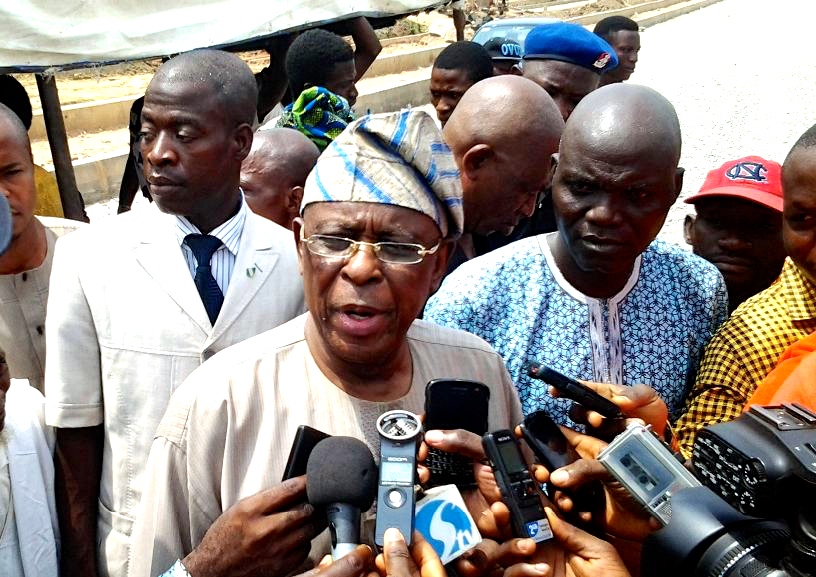 Former governor of Ogun State, Chief Segun Osoba, has said that past public office holders since the transfer of power to civilian government in 1999, must be made to account for their activities in office.

He said: “Those who have held public offices in the civilian era should all come back and account for their stewardship, if you really want everybody to be accountable, I’m suggesting that the president should make all of us come back and account for whatever we did when we were in offices since 1999, since the return of civilian government. There should be thorough examinations of our actions, 2003 was not under Jonathan, so the probe must begin from 1999 because once you pull the root, the root will pull all the grass around.

“The modern day journalism is just to write, get byline and publish things that are not well researched and you don’t ask questions anymore, I’m not happy as a journalist. We have killed investigative journalism. For instance, since the last election, has anyone asked questions about the card readers that Jega introduced, what are the number of voters that the card readers read in each of the states, there are so many things to investigate. We need to go back to investigative journalism to be able to educate our people thoroughly.

“I’m not one of those who think that we are not reading, we may not be reading hard copies of books, but a lot of our children now go on internet and do a lot of reading. I recommend that the likes of Odia Ofeimun should not give up.”

Odia has shown tenacity and ability to hang on to what he believes in in spite of the fact that he is not making money he has not given up. To Nigerians, I say never give up, remain steadfast.” Every newspaper has its own editorial policy; there is no newspaper that is totally free anywhere in the world. Newspapers have one connection or the other. We journalists should live with the editorial policy but that does not mean that if you don’t write, others will not write about it. If you do a thorough investigative journalism, thousands of publishers who are interested, will not kill it.”

Responding, Odia encouraged young people to challenge him on the issues he raises about Nigeria, but added that those who are ready to challenge him must ensure they are more knowledgeable than he is. He noted that he was happy with the mutual relationship existing between him and Kole Omotosho though they argue all the time and do not always agree on an issue.

Speaking on the state of the nation, he said “You can’t fight corruption without putting yourself into it…I am genuinely interested in the way my country is run, I like the fervour with which Nigerians want to do things and I always want to contribute to it but I’m calling my country men and women to open our eyes and fight the battle, don’t wait for your leader to fight it for you.”