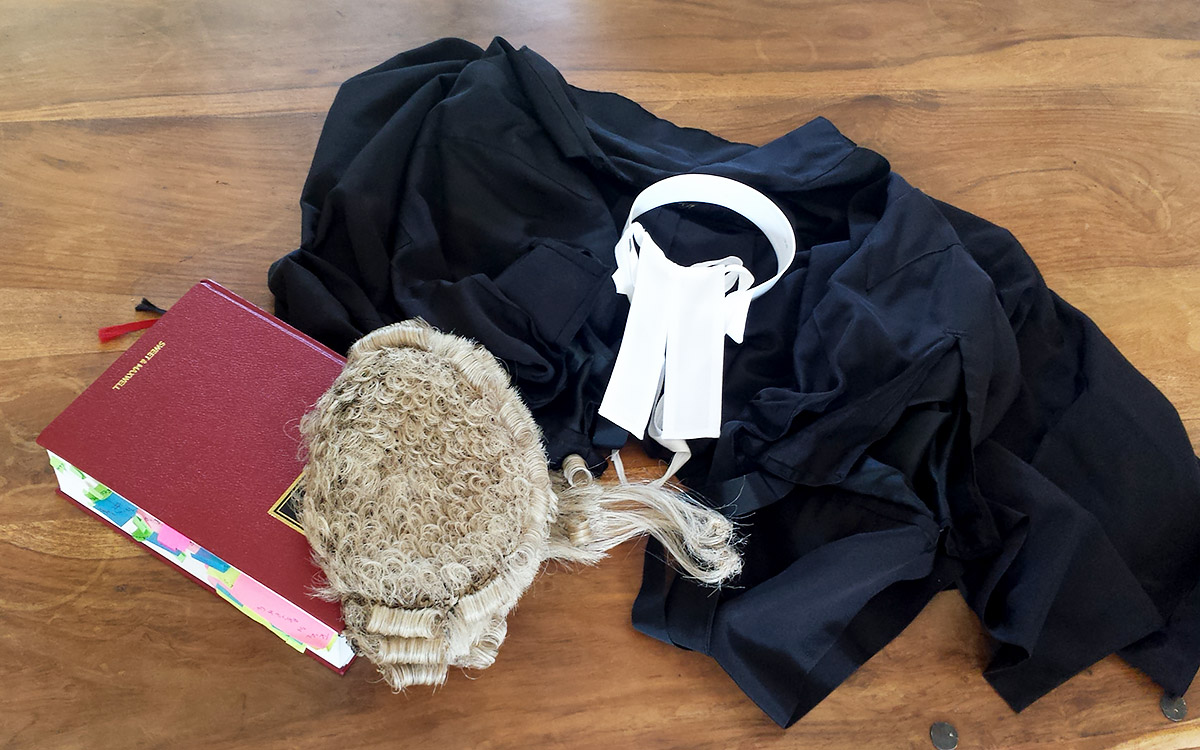 The many evils of corruption manifest clearly in all sectors and spheres of the Nigerian life. Monies meant to build power plants, construct bridges to connect people, build hospitals for physical and mental well-being, and build schools for human capital development, find their way to the pockets of a few who comprise largely of politicians and civil servants. A majority of the ignoble class of Nigerians who have stolen us blind, are doubtless Masters of Stealing and supposedly, Doctors of the Law.

The lawyer’s business only thrives where and when there are crimes. Lawyers need crimes to be relevant. It is commonly said that lawyers went to school to learn how to profit from crimes without committing them. The unjust lawyer is an economic leech that survives on money. Money is the life blood of lawyers. Criminals knowing this, and open to lawyers the treasures gathered from their criminal enterprise.

The corrupt political class, their cronies in the civil service and their lawyers are the three fold cord, united in evil by evil and for evil. It must be clear at this point that their lawyers in this context refers to the corrupt learned gentlemen of the wig and gown, both at the bar and on the bench. Corruption in all its evil and destructive might sweeps through the streets of any nation like a hurricane when lawyers, judges and the political elite are in league. Little wonder some writer called Nigeria a “paradise of maggots.”

In Nigeria, the justice system is lopsided. On the scale of justice in Nigeria, big fishes tend to weigh less than small ones. There is something magical about the justice system; it’s like a spider’s web though which the big flies pass and the little ones get caught. Another puzzling issue is the snail’s speed, recurring adjournments and eternal trials when the case involves politicians, and the jet speed when it involves the nameless and faceless. The judges seem to handout maximum sentence to the powerless at the bottom of the pyramid, but only a slap on the wrist to the high and mighty. Let me say at this point that not all lawyers are evil, and not all Judges are corrupt within the Nigerian context. It is however hard to find an incorruptible politician or civil servant, but it is not an impossibility.

It is amazing that politicians and their civil servant cronies, who steal billions meant for hospitals to save lives or to build roads to reduce accidents that claim thousands of lives yearly, get little or no sentence, while a petty burglar armed with a pen knife or screwdriver caught stealing fowls gets the maximum sentence of death by hanging because he is of a lower economic status. Why am I amazed? It is common knowledge that when politicians or civil servants steal, they factor 20-25 percent legal fees and other judicial expenses to the loot, and in that way they can afford to pay for the services of very powerful lawyers when they are caught and probed. Someone once said, “there is a difference between a good lawyer and a powerful one; the good lawyer knows the law, but the powerful lawyer knows both the law and the judge.”

Ignoble politicians and lawyers are not a recent creation of our democratic system of government. They first came into the lime light of human history as the force of evil that they are, when the Pharisees and the lawyers in the days of Jesus banded to stop the force of good unleashed by his ministry. The only crime Jesus committed against the political establishment of His days was that they felt threatened by the growing acceptance of His principles and the damage it could bring to their personal agenda of sustainable socio-political safety and economic survival.

Lawyers are primarily legal in their outlook. Unjust lawyers argue that legality comes before morality and that even the dictionary agrees. Why blame them? The lawyer’s business only thrives where and when there are crimes. Lawyers need crimes to be relevant. It is commonly said that lawyers went to school to learn how to profit from crimes without committing them. The unjust lawyer is an economic leech that survives on money. Money is the life blood of lawyers. Criminals knowing this, and open to lawyers the treasures gathered from their criminal enterprise. In every democracy, lawyers are always very prominent. The number of lawyers in the news in recent times has increased, including the ones defending politicians facing corruption cases. I know that beyond lawyers, bankers, police officers, journalists and clergy men like me are all culpable. But lawyers however stand shoulder high above every other professional in aiding the corrupt political class. The suffering faced by the Nigerian masses will not end except the cord of evil between politicians, civil servants and their lawyers is broken.

The time is come to say ‘Amen’ to the words of Jesus, “woe unto you Pharisees and Lawyers!”, for except this is the case, the current economic woes suffered by the rest of us would last forever.

Sunday Ogidigbo is the Lead Pastor of Holyhill Church Abuja. You can connect with him on Twitter@SOgidigbo or visit www.sogidigbo.com.