She had asked Kanu to indicate the type of clothing he preferred to wear after a complaint by his lawyer.

The IPOB leader said: “I want to wear the clothes of my people, ‘isi agu’.”

But the judge refused to grant the request.

It was at the hearing on Kanu’s applications in his treasonable felony case at the Federal High Court in Abuja.

The judge will rule on April 8 on Kanu’s application to quash the terrorism charges against him.

Justice Nyako fixed the date after taking arguments on the motion.

The court, however, ordered the State Security Service (SSS) to grant Kanu access to his reading glasses.

Kanu’s lead counsel, Chief Mike Ozekhome (SAN) had, at the commencement of proceedings at 1.30pm, complained that the SSS failed to allow his client to change clothes despite an earlier order by the court.

He also accused the SSS, in whose custody Kanu is being kept, of failing to provide his client with his reading glasses.

The SAN claimed Kanu’s sight was threatened by his inability to use his reading glasses since he was re-arrested last June.

Ozekhome said: “My lord will still see the defendant in the same uniform which my lord warned against in the last proceedings.

“It will be recalled that they had on that day, alleged that he said that he preferred to wear the same cloth because it is a designer.

“However, since that time, the younger brother of the defendant, his lawyer and sister have gone three times with materials for him to change but they refused to collect them.

“So bad was it that (Ifeanyi) Ejiofor (another lawyer in the defence team) had to call the Director of Legal Services and complained to him.

“But since then, nothing has been done. They have not allowed him to change his clothes.

“Till now, he does not have glasses to wear and his eyesight is deteriorating.

“My lord, we do not want the defendant to go blind, that is why we have decided to bring it to the attention of the court,” Ozekhome said.

Counsel for the prosecution, Shuaib Labaran, said the clothes brought by Kanu’s family had lion hearts drawn on them, adding that such designs offended their operating procedures of the SSS.

Kanu filed fresh applications challenging the competence of the amended 15-count charge filed against him.

He is praying the court to quash the charge because they were frivolous and that the alleged offences were committed outside Nigeria.

The prosecution has argued against the applications and prayed the court to dismiss them.

Unlike in previous proceedings, court staff, lawyers, litigants and journalists had easier access into the high-rise building and its surroundings as the DSS loosened its iron-like grip on the court’s security.

Parts of the Southeast were shut down due to Kanu’s court appearance.

In Anambra, schools, banks, markets and commercial activities were shut down in all the cities in the state

Most cities were like ghost towns as residents stayed indoors for fear of being harmed or killed by violent IPOB members.

All the streets were deserted, with no security operatives seen.

But the State Police Public Relations Officer, Ikenga Tochukwu, said the operatives were everywhere from Nnewi to Awka, Ekwulobia and Onitsha, adding that he left Onitsha in the morning to his office in Awka

“I just came from Onitsha now to work and our police personnel are everywhere,” he said.

Residents of Umuahia and Aba, the two major cities in Abia State, also stayed off the streets.

Our correspondent, who monitored the two major cities, reports that markets, including the popular Ariaria International market, were closed for business.

Banks, schools and other public and private institutions were also shut due to fear of possible attack.

Kanu, who was re-arraigned on January 19, pleaded not guilty to the 15-count terrorism charge.

He filed a preliminary objection to the charge, praying the court to strike out or quash them.

On the same day, an Umuahia High Court in Abia State awarded N1billion damages to him in a judgment on his fundamental rights suit.

In the amended charge, Kanu was accused of making a broadcast “with intent to intimidate the population”, in which he “threatened that people will die, the whole world will standstill”.

He was also accused of issuing “a deadly threat” that anyone who flouted his sit-at-home order should write his/her Will, which resulted in a lockdown of the Southeast.

Kanu also professed himself to be a member and leader of IPOB, a proscribed organisation in Nigeria, contrary to and punishable under Section 16 of the Terrorism Prevention Amendment Act, 2013.

He was said to have incited members of the public “to hunt and kill Nigerian security personnel and their families”.

He also allegedly threatened the public not to come out on May 31, 2021, and directed them “to destroy public transport system in Lagos, resulting in major economic loss to the government”.

The prosecution said he “imported into Nigeria and kept in Ubullisiuzor in Ihiala Local Government Area of Anambra State…a radio transmitter known as Tram SOL concealed in a container of used household items which you declared as used household items”.

The alleged offence, the prosecution said, is punishable under Section 1(2)(b) of the Terrorism Prevention Amendment Act. 2013. 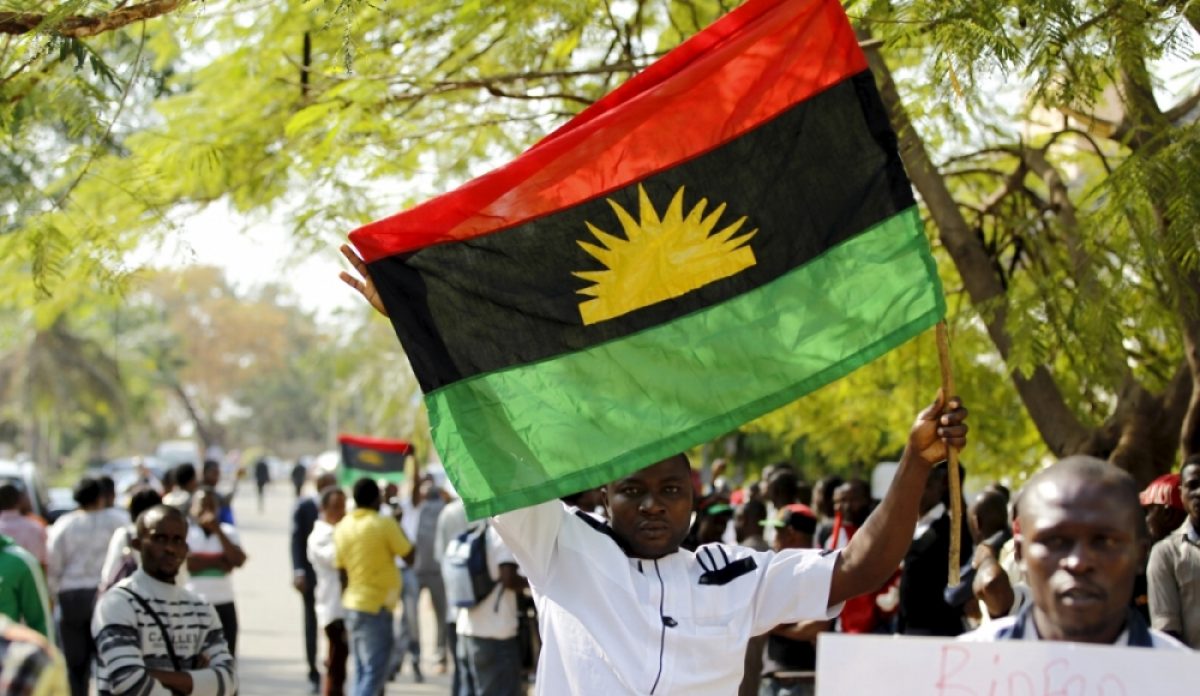