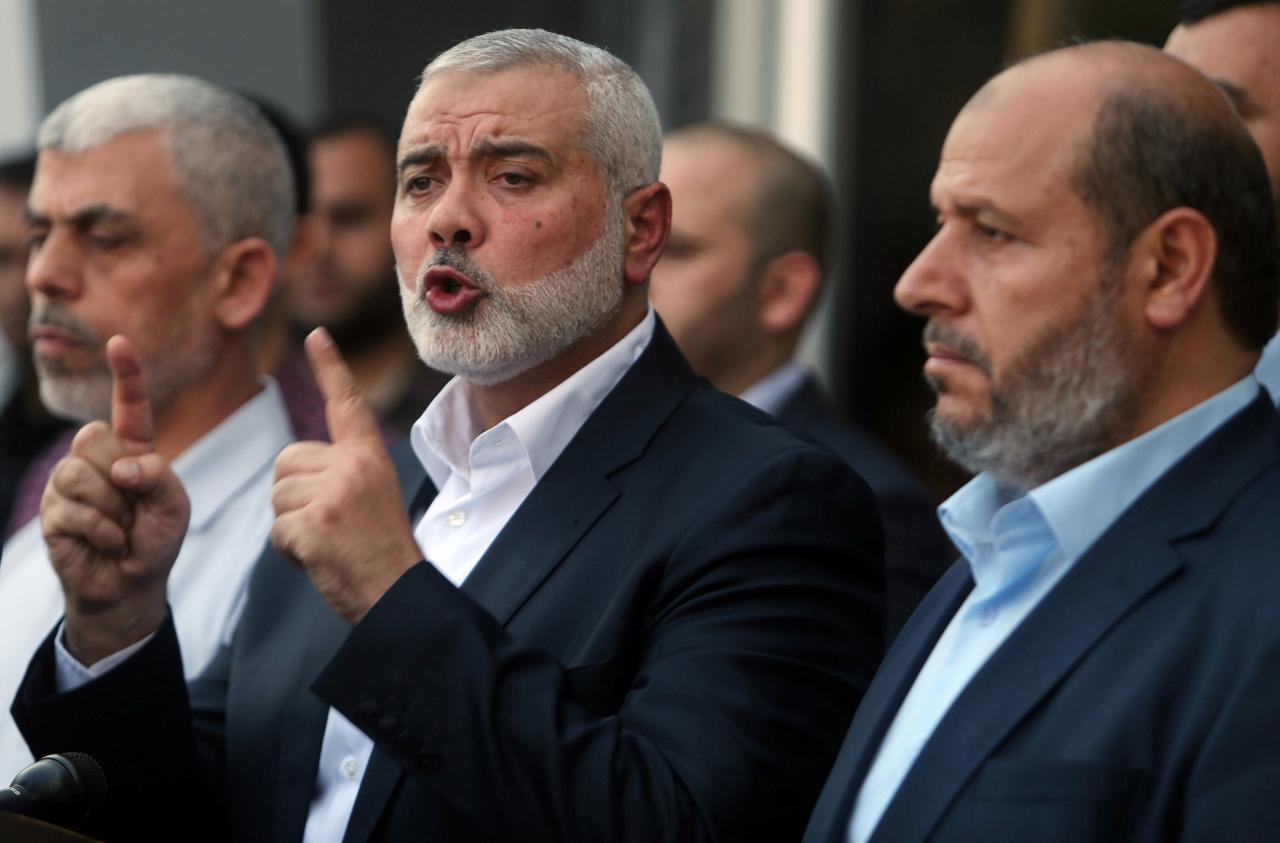 Donald Trump’s recognition of Jerusalem as the Israeli capital was like a “declaration of war” on Palestinians, militant Islamist group Hamas’ leader said as he called for a new uprising.

Ismail Haniyeh said there should be a new “Intifada” against the “Zionist enemy”.

Mr Trump broke with decades of US foreign policy on Wednesday, when he said the US would recognise Jerusalem as the capital of Israel.

The US president’s decision sparked international condemnation and protests.

Palestinian President Mahmoud Abbas said the US could no longer act as a broker in the peace process.

The UK, France, Turkey and Saudi Arabia were among those to oppose the decision.

But Israeli Prime Minister Benjamin Netanyahu described it as an “historic day” and an “important step towards peace”.

Palestinians have long received international assurances that the fate of the city will be determined in negotiations.

The Palestinians believe Israeli-annexed east Jerusalem, captured by Israel in 1967, should be their future capital.

In recognising Jerusalem as Israel’s capital, Mr Trump was seen as siding with Israel, which claims the entire city.

In a speech in Washington D.C., Mr Trump said his decision was the “right thing to do” and a “long overdue step to advance the peace process,” stressing the US was not taking a position on specific boundaries or the resolution of contested borders.

He said he intends “to do everything” in his power to help forge a peace deal between Israelis and Palestinians and was “prepared to back a two-state solution”.

He also confirmed his oft-repeated campaign promise to move the US embassy from Tel Aviv to Jerusalem.

Why does Jerusalem matter?

The status of Jerusalem has long been a sensitive issue in the Israeli-Palestinian conflict, and is considered disputed territory by many countries.

Both Israel and Palestine claim Jerusalem as their capital, but neither is internationally recognised.

In 1980, Israel passed a law declaring Jerusalem to be Israel’s “complete and united” capital, but the United Nations Security Council condemned this and passed a resolution that it would not recognise the law.

Palestinians, meanwhile, see east Jerusalem, which Israel captured in 1967, as their capital and view Mr Trump’s move as a decision to side with Israel.

In this article:Donald Trump, Hamas, Israel, Jerusalem, Palestine, US