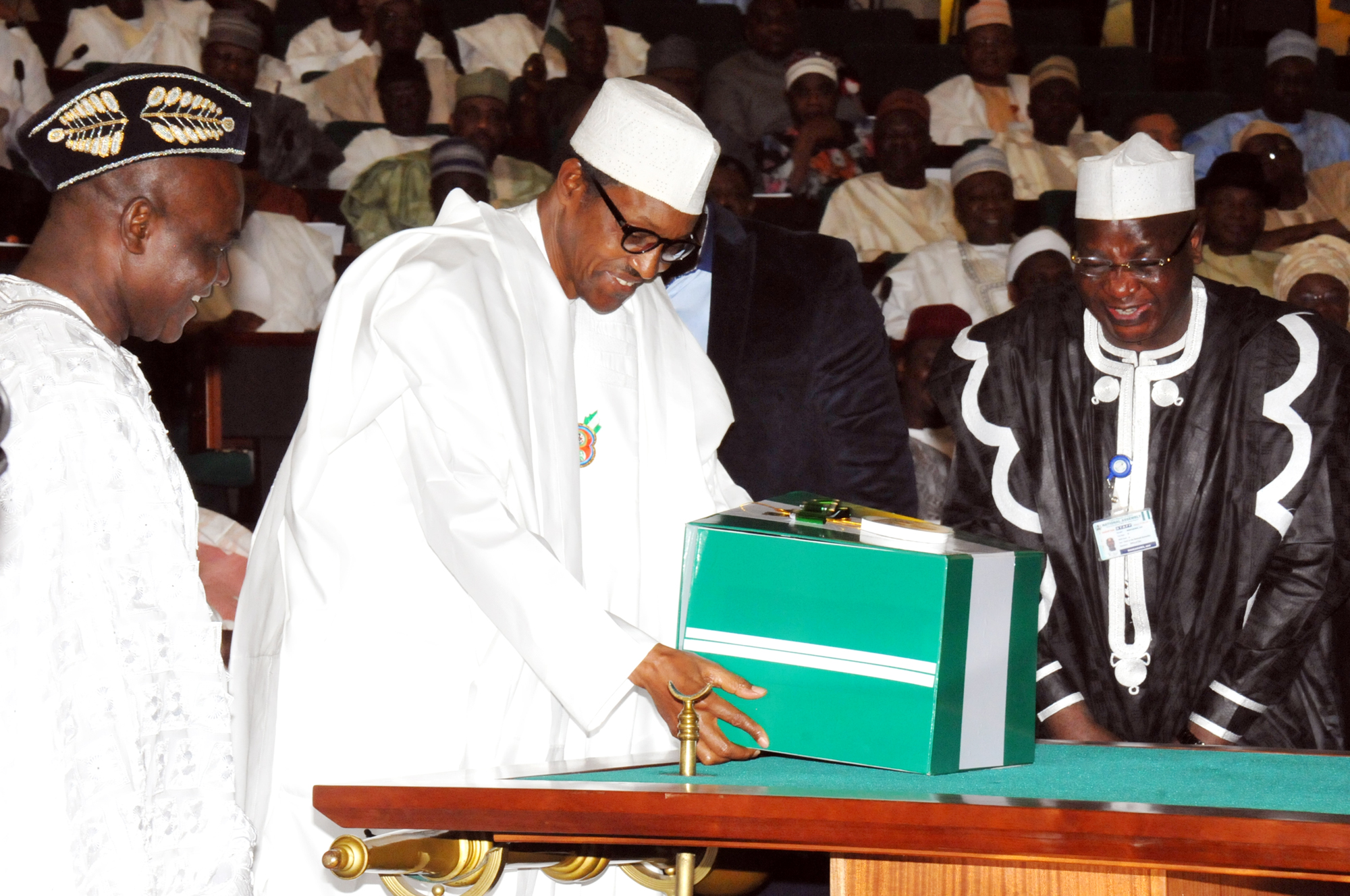 From its budget proposal of N6.08 trillion, Nigeria is to borrow about N1.84 trillion to augment its dwindling revenue, President Muhammadu Buhari has said.

The President disclosed this in his 2016 Budget address delivered to the joint session of the National Assembly in Abuja yesterday.

The President noted that the country is targeting a revenue projection of N3.86 trillion from the N6.08 trillion budget proposals, resulting in a deficit of N2.22 trillion, adding that the deficit, which is equiva- lent to 2.16 per cent of Nigeria’s Gross Domestic Product (GDP), will take the country’s overall debt profile to 14 per cent of its GDP.

‘‘This remains well within acceptable fiscal limits. Our deficit will be financed by a combination of domestic and foreign borrowing and over the medium term, we expect to increase revenues and reduce overheads, to bring the fiscal deficit down to 1.3 per cent of GDP by 2018,’’ he said.

‘‘Finally, by enforcing strict compliance with the Fiscal Responsibility Act, 2007 and public expenditure reforms in all MDAs, we have projected up to N1.51 trillion from independent revenues,’’ he said.

And to deliver on development objectives, he said the Federal Government has increased the capital expenditure portion of the budget from N557 billion in the 2015 budget to N1.8 trillion.

The increase in capital expenditure to 30 per cent of the total budget is in fulfilment of its promise to align expenditure to long-term objectives, and a sign of government’s commitment to sustainable development.

On fuel scarcity, he said the supply shortages were as a result of market speculators and resistance to change by some stakeholders, assuring that government was working hard to end the shortages and bring fuel to the pumps all over the country.