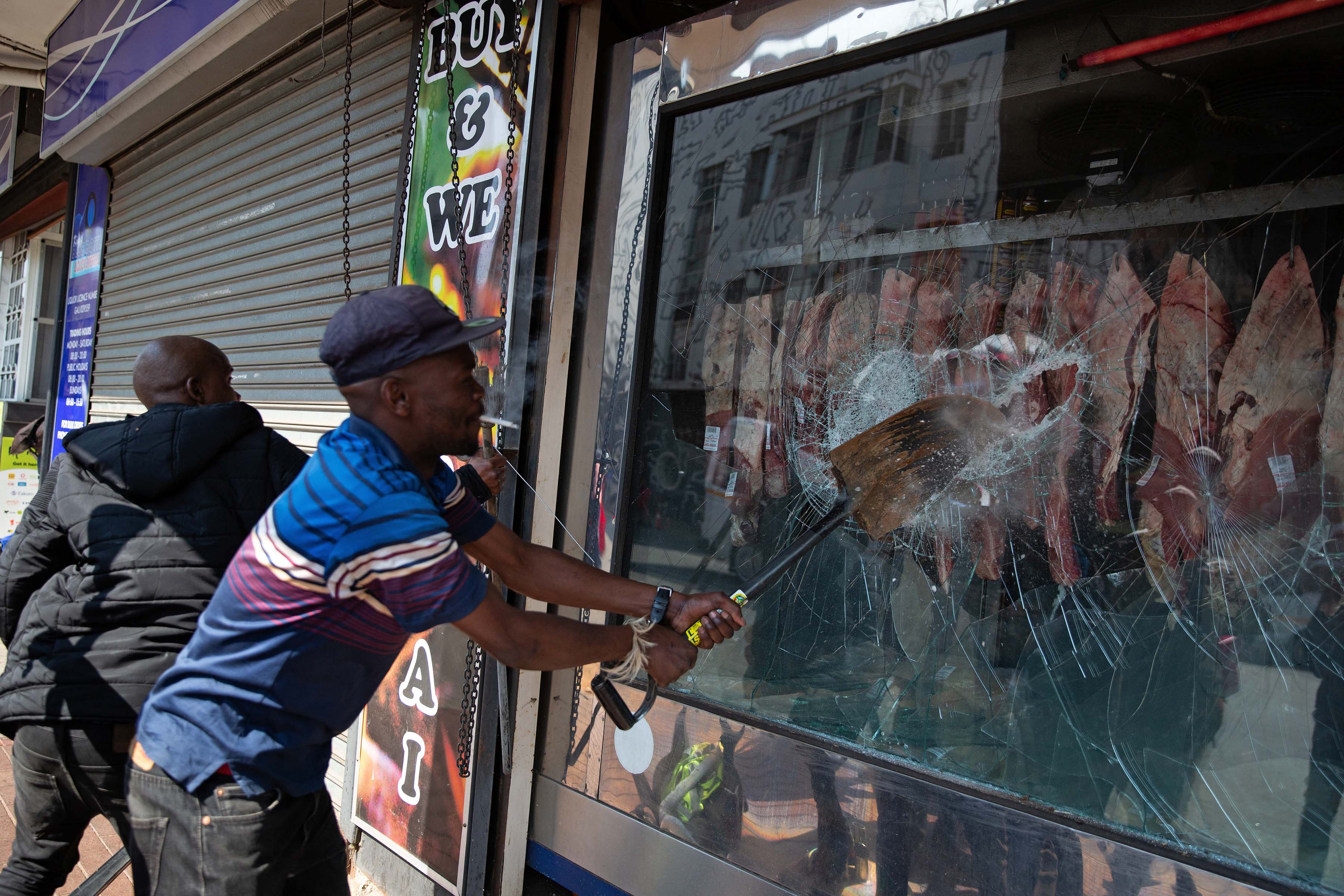 7 August 2019: South African men smash the window of a butchery to steal meat. South African Police Services carried out a large operation in the Johannesburg city centre to "reassert the authority of the State" after conflict with migrant traders. Many migrants were arrested and their goods confiscated. The operation was followed by looting and attacks by South African mobs, singing anti-migrant songs in the CBD. Picture: James Oatway

He spoke at a meeting with the South Africa Police Command, following fresh attacks on Nigerians in Mpumalanga Province, South Africa.

About five Nigerian-owned businesses were attacked, vandalised and burnt in the attacks.

Taxi drivers were blamed for taking the laws into their hands and unleashing violence on Nigerians.

The leadership of Nigerian Citizens South Africa (NICASA) and the Nigeria Consul-General to South Africa were said to be on the ground gathering information on the attacks.

NICASA Chairman Ben Okoli told The Nation that the attacks were totally unprovoked and unwarranted.

But he explained that it was not another case of xenophobia attacks.

The chairman said the Nigeria Consul-General had met with the police command of the affected province and demanded protection for Nigerians.

Okoli said: “Today (yesterday), there was an attack on Nigerian-own businesses in Witbank Mpumalanga. This attack happened around 9 a.m. I drove with the CG in his car to the province where we engaged the police and the Nigerian community in a meeting inside the police conference room.

“Our meeting was very engaging and frank. We went around the affected shops and businesses and we also visited those admitted in the hospital for the injuries they sustained.

“In the meeting with the police, we informed them that it was totally unacceptable to us as a nation that people should not have been allowed to take the laws into their hands unless the country has become lawless. We demanded the protection of the lives of our people in the province and elsewhere in the country.

“This was not a xenophobic attack but criminality masterminded by the taxi drivers under the guise of fighting crime.”