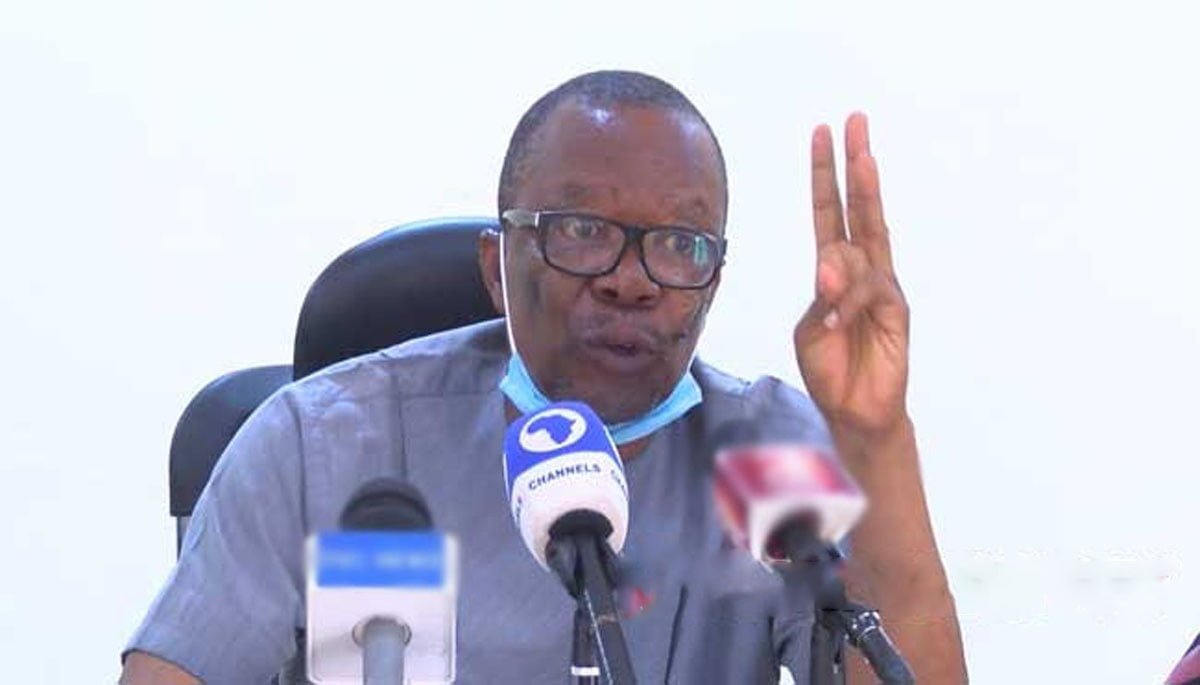 The Academic Staff Union of Universities (ASUU) says it is considering challenging the Federal Government in court for paying its members what it described as “so-called ‘pro-rata’ payment for 18 days as the October 2022 salaries of academic”.

The union also said the government’s so-called ‘pro-rata’ payment, is not only an aberration, but a contravention of all known rules of engagement in any contract of employment for academics the world over.

President of the union, Prof. Emmanuel Osodeke, who stated this after a marathon National Executive Council meeting which started on Monday and ended early Tuesday morning, argued that members of the union are not casual workers but intellectuals who cannot be paid on pro-rata basis.

Although the union leader silent on whether they would embark on another strike, he, however, appealed for the understanding of Nigerian students, parents and other genuinely concerned individuals and groups in the country.
Reading the communiqué issued at the end of the meeting, Osodeke said the government’s action to pay academics like casual workers, is unprecedented in the history of university oriented labour relations.

He said, “The Academic Staff Union of Universities (ASUU) suspended its eight-month strike on 14th October, 2022, in obedience to the order of the National Industrial Court and in further consideration of intervention efforts of well-meaning Nigerians, including the Honourable Speaker of the House of Representatives, Rt. Hon. Femi Gbajabiamila.

“The action of the Union was a display of manifest trust in the judiciary and other institutions and organs of government to always put national interest above all other considerations.

“This we believe, as a union of thinkers, intellectuals, and patriots, will not only aid the process of amicable resolution of the crisis, but will also set the tone for smooth industrial relations between Government and Nigerian workers at large.

“Unfortunately, the response of government towards ASUU’s demonstration of trust was the so-called ‘pro-rata’ payment for eighteen days as the October 2022 salaries of academics thereby portraying them as daily paid workers!

“This is not only an aberration, but a contravention of all known rules of engagement in any contract of employment for academics the world over.

“At an emergency meeting of the ASUU’s National Executive Committee (NEC), held on Monday, 7 November, 2022, the Union deliberated on developments since the suspension of the strike. NEC noted with dismay that paying academics on “pro-rata” basis, like casual workers, is unprecedented in the history of university oriented labour relations and therefore condemned this attempt to reduce Nigerian scholars to casual workers in its entirety.

“NEC commends the membership of ASUU for their perseverance in the face of untold hardship and unwarranted provocation by some notorious agents of the ruling class.

“NEC further appeals for the understanding of Nigerian students, parents and other genuinely concerned individuals and groups while the Union continues to pursue positive resolution of this avoidable crisis within the ambit of legality without compromising the interests and welfare of Nigerian intellectuals.”