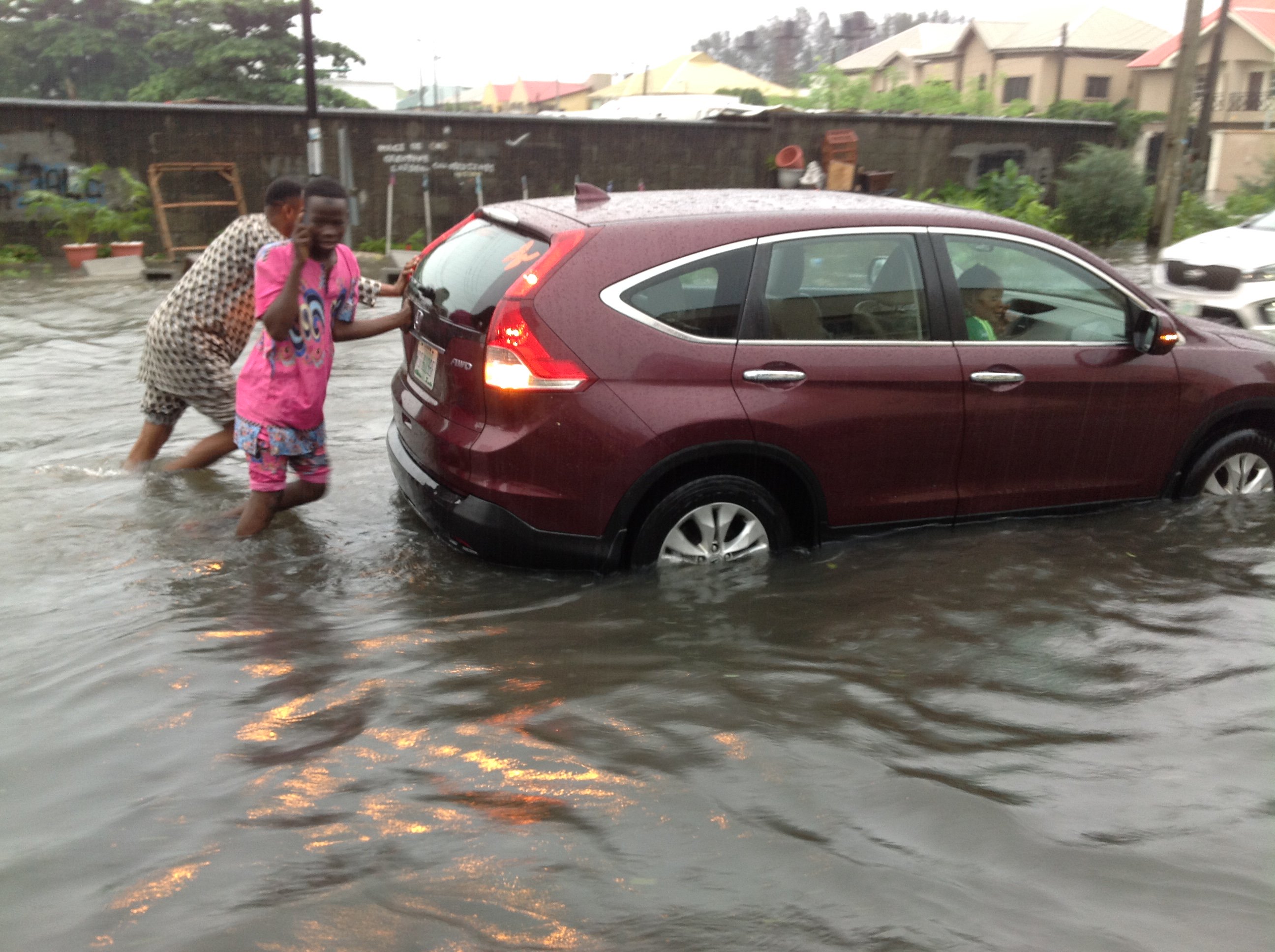 A vehicle breaks down inside the flood

The House of Representatives yesterday set up an ad-hoc committee to investigate the recent flooding in Lagos and Niger states. Consequent upon a motion by Abubakar Lado (APC, Niger), the special committee is to meet with relevant government ministries and agencies with a view to avoiding a recurrence.

The Guardian reports that Lado was specific on the flooding in Suleja and urged members to observe a minute silence for the 40 persons who lost their lives in the incident. He further claimed that about 400 houses were destroyed in the process.

Lado said there was need for the House Committees on Special Duties and Internally Displaced Persons (IDP) to pay an urgent visit to Suleja for an on-the-spot assessment.

House Leader, Femi Gbajabiamila, who said he had planned to raise a similar motion regarding the devastating effects of the recent flooding in parts of Lagos State, urged the chamber to be proactive in legislating for proper town and environmental planning.

But the Minority Leader, Leo Ogor, disagreed with those blaming the incidents on government. He said in the case of Lagos, the flooding occurred due to refusal by builders to adhere to building codes.

In her contribution, Nkeiruka Onyejeocha (PDP, Abia), urged the House to expand the scope of the panel to cover Isiukwuato communities in her home state and other parts of the country affected by same crisis.

However, the Lagos branch of the Nigerian Institution of Estate Surveyors and Valuers (NIESV) noted that the disaster would have been averted if there were ocean level monitoring and disaster alert infrastructure across water bodies within the metropolis.

At a press briefing yesterday in the Lagos, the association’s chairman, Olurogba Orimalade, decried the absence of central sewage treatment and management systems on the peninsula given the unprecedented land reclamation and development at the Lekki corridor.

He posited that the axis was the fastest developing area in Africa, advising government to be proactive and proffer urgent solutions to the rapid urbanisation and un-monitored private investments in the city.

To avert future reoccurrence, NIESV urged government to take a total assessment of drainage paths and commence building of new canals and channels designs as well as provide central sewage systems and infrastructure to stem the tide of underground pollution on the peninsula.

Following the devastating effects of flooding nationwide, the House of Representatives has urged President Muhammadu Buhari to make an urgent request for supplementary budget...