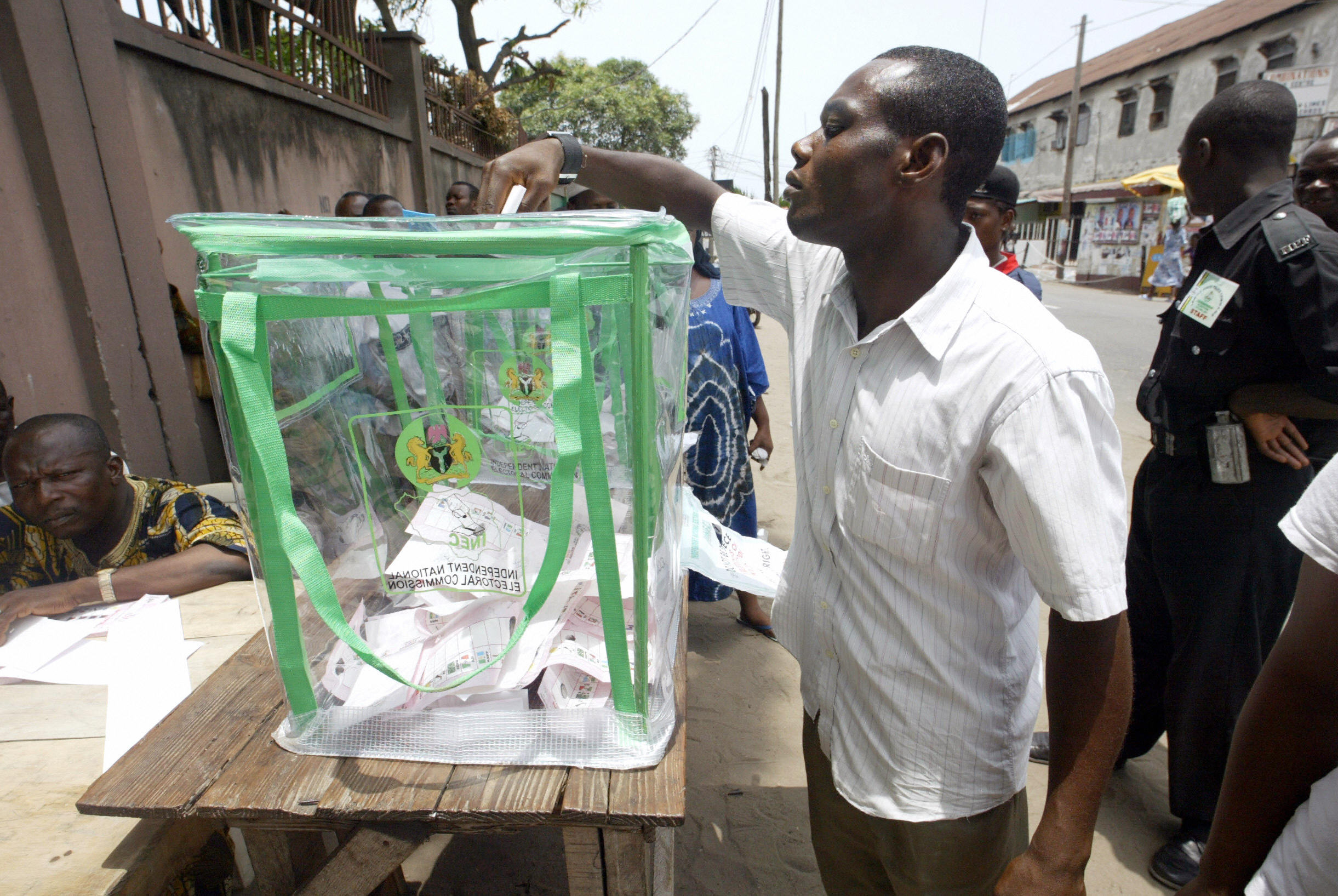 A man drops his voters card in a ballot box at a polling station in Lagos 14 April 2007. Nigerians voted 14 April in elections for governors and legislators in 36 states, with security forces on high alert and violence reported in two southern oil towns. Major parties see the polls as an indicator of their chances in the April 21 election of a successor to President Olusegun Obasanjo, who is ending his second four-year term. AFP PHOTO / PIUS UTOMI EKPEI (Photo credit should read PIUS UTOMI EKPEI/AFP/Getty Images)

INEC said the decision was taken because of violence, the abduction of electoral officials and ballot box snatching.

A new date for the election will be announced later.

In the results announced for the 7 local councils, incumbent Governor Seriake Dickson has 105,748 votes, while Timipre Sylva of the APC has 72, 594 votes.

Southern Ijaw voters are expected to decide the winner.

Kpagi who read a statement at about 4:30 pm at the collation centre where the results of the other seven local government areas had earlier been announced, said the decision to cancel the election was as a result of irregularities in the conduct of the election in the affected area.

“Reports of the election conducted in the Southern Ijaw local government area on the 6th of December, 2015, revealed that the election was essentially marred with violence, including reports from political parties, Observers, both local and foreign. This falls short of the internationally acceptable threshold for credible elections.

In this article:Bayelsa State, INEC