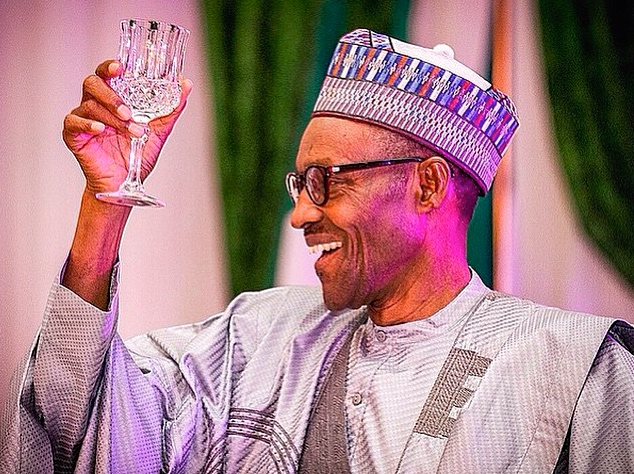 Posing a question with an obvious answer is at worse rhetorical and at best academic. Nigeria is broke. And the information is official. President Muhammadu Buhari has admitted that Nigeria is indeed broke, citing the fiscal crisis of payment of salaries as an evidence. The President spoke at a press conference after the recently concluded India-Africa Summit. My reflection on a question with an implicit answer would not have been necessary if the President had not sounded seemingly helpless as to where Nigeria’s money is. First, he would not reveal to us “offhand how much we have recovered” from stolen funds. Secondly, to the pointed question that his administration government is “too slow” in addressing infrastructure, the President not in denial asked in return; “Where is the money?”

Haba! Where is the money? The President was elected to look for money, (actual or potential) not to ask where the money is? If the President does not know where the money is (just as much as he knows where our votes are), pray who else will know? The latest presidential revelation that the country is broke has inadvertently thrown some search light on what Buharinomics is all about. Without explicitly saying so, this administration defines economy as the recovery of stolen public wealth and management of oil revenue, period, failing which life stops.

This administration seems to favour what the late Paul Baran, the great American political economist, defines as “Actual economic surplus” which with falling oil revenue is no more in surplus in Nigeria. With rampant corruption and declining oil revenue, President Buhari might be right feigning helplessness in meeting up to the challenges of development. Nigeria’s actual economic surplus is certainly nowhere to be found. But even at that, at $48 per barrel with as many as two million plus barrels of crude oil per day, President Buhari cannot ask where the money is. Oil price fell as low as $9 in 1998 during the regime of Gen. Abdulsalami Abubakar.

I recollect Nigerian journalists once asking the late president of Tanzania, Julius Nyerere, visiting Abuja for the transition lecture in 1999, about his reaction to the then global falling oil prices. His reaction mixed with humour was that; May God give Tazania oil at any price, saying he would be contented with having oil at the lowest price instead of agonising on how to import petroleum products which according to him Nigeria had in abundance.

The point cannot be overstated that Nigeria is still not short of actual oil money, if only we learn to leave within our means. President Buhari must think outside the box of oil money (whether stolen or declining due to falling price). The President must think of Baran’s Potential Economic Surplus being denied due to lack of clear cut economic agenda of growth and development. Buhari’s government must spell out how it wants to unleash the energy of Nigerians for development.

The people are more than ready for positive change. This government must stop agonising but must organise human and material resources for urgent production of the much needed goods and services. According to the Central Bank of Nigeria, the country spent a total of N1.18tn (about $7.4bn) on the importation of toothpicks, fish, milk, textiles, rice and furniture between 2014 and May 2015. That is almost the amount Indian Prime Minister, Prime Minister Narendra Modi, unacceptably threw at 52 African heads of states including Nigeria last week as a so-called grant. The Governor of the CBN, Godwin Emefiele, recently revealed that the Federal Government spent $2.41bn on rice importation between January 2012 and May 2015.

With these serial financial leakages, on frivolous imports, is President Buhari doubting where Nigeria’ s money is? Can we with these luxury imports including petroleum products we have in abundance, say Nigeria is broke? Is Nigeria broke or simply wasteful? I suggest President Buhari’s administration must put its weight behind the CBN in enforcing the Bank’s decision to ban foreign exchange for importation of rice, fish and other items which can and must be produced at home.

The case of rice is double jeopardy for Nigeria. We export scarce foreign exchange for imported rice putting pressure on naira value while as the CBN put it, “…this trend has resulted in huge unsold stock of paddy rice cultivated by our farmers and low operating capacities of many integrated rice mills in Nigeria.” President Buhari and his deputy, Yemi Osinbajo, commendably cut their salaries by half as part of the gesture in reducing costs of governance. Pray, how many state governors have joined? The two also made their assets public. How many public officers have followed the example of the President and his deputy?

I bet if public assets of all public officials are made public, President Buhari will know where Nigeria’s money is! Our legislators’ salaries and allowances do not still reflect that the nation is broke. Top government officials still charter private jets to places they should have gone on roads they left their citizens with, commandeer presidential jets for wedding of their children, travel business class and first class-endless global conferences. We even subsidise trips (which for many are endless) to pilgrimages at preferred exchange rates. Is Nigeria really broke? This government must stop agonising, and get organised for good governance.

Aremu is the Vice-President of the Nigeria Labour Congress

In this article:Economy, Muhammadu Buhari, Nigeria