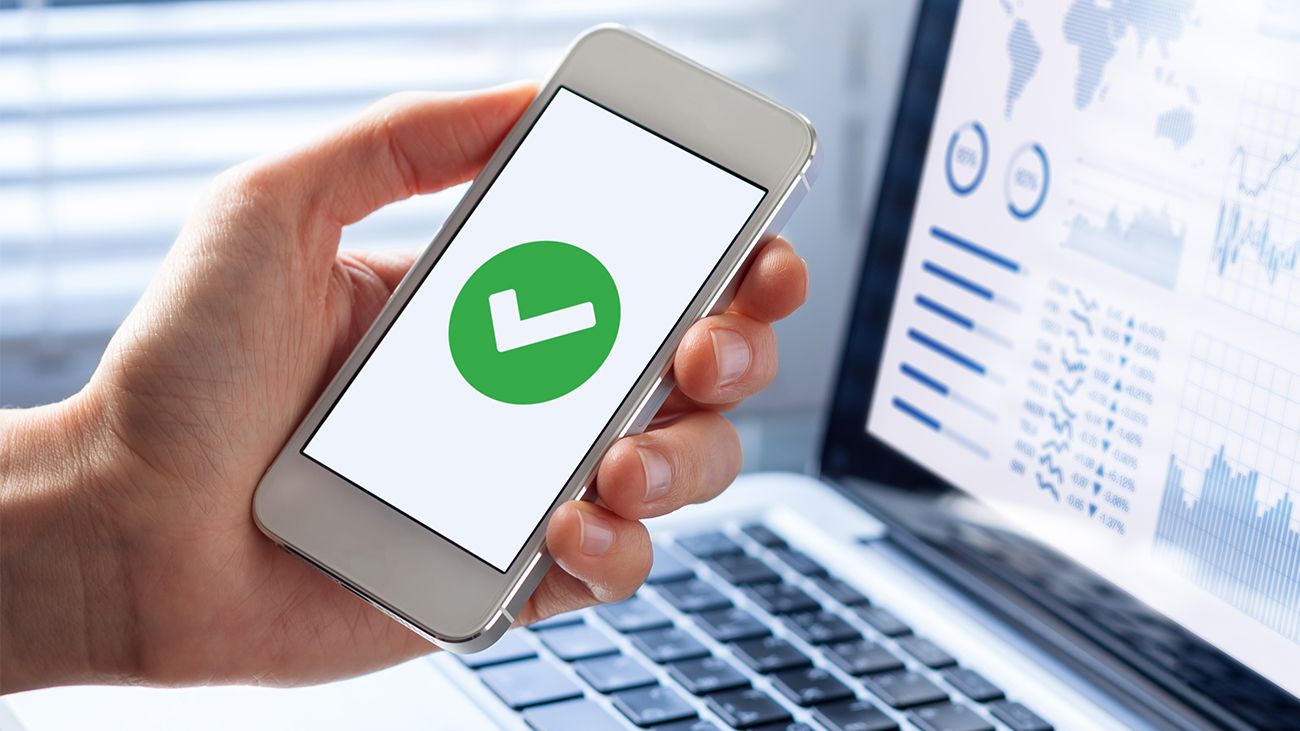 Several customers of some online money lenders have complained of undignified ways the lenders often employ to recover loans from them. These illegal practices, according to the victims, include declaring the debtors dead, designing and circulating their obituary to family and friends or tagging them HIV positive, among others, Leadership reports.

Some of the aggrieved customers narrated how their contacts received messages that they were HIV positive. A message sent to one of the contacts reads: This is to inform the general public that xxxxxx with phone number 09034056*** has tested positive to HIV/AIDS and escaped from the healthcare facility with the mindset of infecting the public. Kindly avoid her and contact the nearest police station or healthcare centre so that she can be apprehended and taken back to the health centre.

Findings revealed Data Mining Department revealed that there are thousands of similar cases involving online money lenders and their clients who force re-payment of loans by sending caveat SMS to the mobile contacts of their defaulters in such a way that damages their customers’ reputation by portraying them as people of questionable character.Loan Sharks Persist With Cruel Recovery Practices

This is happening despite clampdowns by regulators, especially the Federal Competition and Consumer Protection Commission (FCCPC) which has led collaborative efforts to address the prevailing abusive and arm-twisting practices of the loan sharks, another name for fake loan apps in Nigeria.

Millions of Nigerians who lack bank accounts or security to borrow turn to these lenders for loans starting from as low as N2,000. In turn, they experience character assassination, cyberbullying, physical abuse, public shaming, and extortion among others from these loan sharks. Many have taken to social media to complain about harassment when they default and their contact details being shared with third parties without their approval. They are known for their aggressive recovery methods; the lenders charge interest as high as 45% per annum. Applicants download an app, fill a form and are asked to allow the lender access to their contacts for risk management purposes. They have strict terms of collection upon failure, including sending threatening, shaming and defamatory messages to the customer and their phone contact list and generally operating outside the law. In essence, loan sharks operate illegally and are thus usually referred to as illegal loan apps and platforms.

A loan App, 9Credit, has been accused of unethical and untoward practices which include charging customers dubious high interest, giving out loans for only seven days instead of a minimum of 60 days as stipulated in the law and for always defaming and threatening its customers and their contact list.

For instance, the App sent this message to the people in the contact list of one of its customers. URGENTLY TREAT!!!This is to notify you that xxxxxxxxx (name) Phone: 081xxxxx is an INCONSIDERATE PERSON. THIS PERSON has PROVEN to be a CRUEL/HARD HEARTED DEBTOR.

This person has CURRENTLY REFUSED to REPAY the company’s money (NC) and has refused pick our calls. Please contact us if you have any information about this person as soon as possible, else the company will be FORCED to take LEGAL ACTION to RECOVER THIS fund.

The FCCPC on August 18 said it had conducted search and seize operations against at least five lenders. One of those targeted was Lagos-based Soko Lending Limited, FCCPC chief executive Babatunde Irukera said.

Soko was “one of the most prolific actors in violating consumer privacy, fair lending terms and ethical loan repayment/recovery practices,” Irukera said. On its website, Soko says it is a “simple, entirely online lending platform” and can process loan requests in five minutes.

Investigations also showed that Sokoloan had been accused of infractions of the scam lending which include: Giving loans for seven days as against the 91 to 360 days displayed in Google Play store; not giving loan up to N300,000 as it claimed; does not declare its real charges; failure to pay back when due will have their staffers harass the customers, threaten them and send messages to people on their contact list – that the customers should not be trusted and be told to pay back your debt.

Janet Henry, 41, a mother of six and a civil servant, needed urgent cash to sort out some expenses. She applied and got a loan from Soko-loan. “I saw the terms of Soko-loan on a Facebook ad but I was unaware that the service had been blacklisted by the federal government. Towards the last days of February (2022), I borrowed N18,000 ($43) from the Soko-loan app. During the application, the app displayed 92 days as the minimum loan tenure but after I had submitted my data, I saw an interest rate of (about) 45% for 14 days!” she said.

In Ibadan, one Ramota Ajayi also borrowed N18,000 from a loan lending App that took a few minutes to process. With over 500,000 subscribers that had already installed the app on their phone via Google Play Store, she thought their services would be top-notch. She was to pay back the loan in eight days. This action breaches Google Play Store updated rules for an App to be listed on its platform. According to Google Play Store rules, a financial app offering short term loans on its platform should give borrowers not fewer than 60 days from the date of issue to repay any loan. Two days before the payment deadline, Ajayi got abusive calls and WhatsApp voice notes from the company’s debt officer saying she would share her information with her contacts if she didn’t pay on time.

“I will send your names to all your contacts and destroy you if you want me to lose my job since you won’t pay on time,” the debt officer who identified herself as Florence said.

Ajayi paid N22,500, including interest, on the due date and wrote an email asking the company to sack the debt collection officer for being rude. They replied and promised to investigate but never did. But she continued to get abusive WhatsApp voice notes from the debt collection officer weeks after clearing her debts, and the firm did not intervene.

The executive vice chairman/chief executive officer of FCCPC, Babatunde Irukera, said that the commission was working closely with the Independent Corrupt Practices Commission (ICPC), the National Information Technology Development Agency (NITDA) and the Central Bank of Nigeria (CBN) to end the menace.

“We have so far frozen 50 accounts. We have taken over 12 applications off the Google Play Store and we are in discussions with more than 10 companies right now. The rate of defamatory messages has dropped by at least 60 per cent. I am not saying they have stopped but they have dropped by at least 60 per cent. More than half of the companies that are currently before us have agreed that they will have to modify their behaviour, including sacking some employees who sent defamatory messages. We are developing a regulatory framework that will involve other regulators, and we are prosecuting at least one company right now,” he said.

Also, FCCPC had directed payment systems operators, telecommunication companies and Mobile Network Operators (MNOs) to stop providing services that enable the operations of illegal online lenders. It also said a Limited Interim Regulatory/Registration Framework and Guidelines for Digital Lending had been developed and adopted by the inter-agency Joint Regulatory and Enforcement Task Force to establish a clear regulatory framework for the sector.

Financial experts said that before 2016 there were loan apps in operation but cases of default and unethical repayment practices were very uncommon. However, according to them, gradually money sharks started to exploit the hardship faced by the masses by dangling mouth-watering quick loan options without collateral.

According to an IT expert, Andrew Ojo, the government should make a policy that enables easy loan collection from banks to the general public who do not have a salary account.

‘‘They should regulate the creation and operation of fintech startups to ensure human rights and privacy protection to their clients. The government should apprehend and prosecute any fintech company which does not comply with the rules and regulations provided by the government and/or engage in any crude means of recovery, hence causing their clients physical or psychological damage,’’ he said.

Another IT expert based in Lagos, John Ugochukwu, said the ease of securing a loan without leaving one’s comfort zone has added to people falling victim to loan sharks.

The Battle Against Loan Sharks Not Over

The battle against loan sharks in Nigeria by the FCCPC may be far from over as the lending apps continue their activities of blackmailing and invading the privacy of their customers. Also, many Nigerians have also formed the habit of taking loans from these platforms without an intention to pay back and the loan sharks are aggressively pushing for recovery by every means possible, including sending messages to all contacts of the borrowers.

In this article:Loan Sharks, News