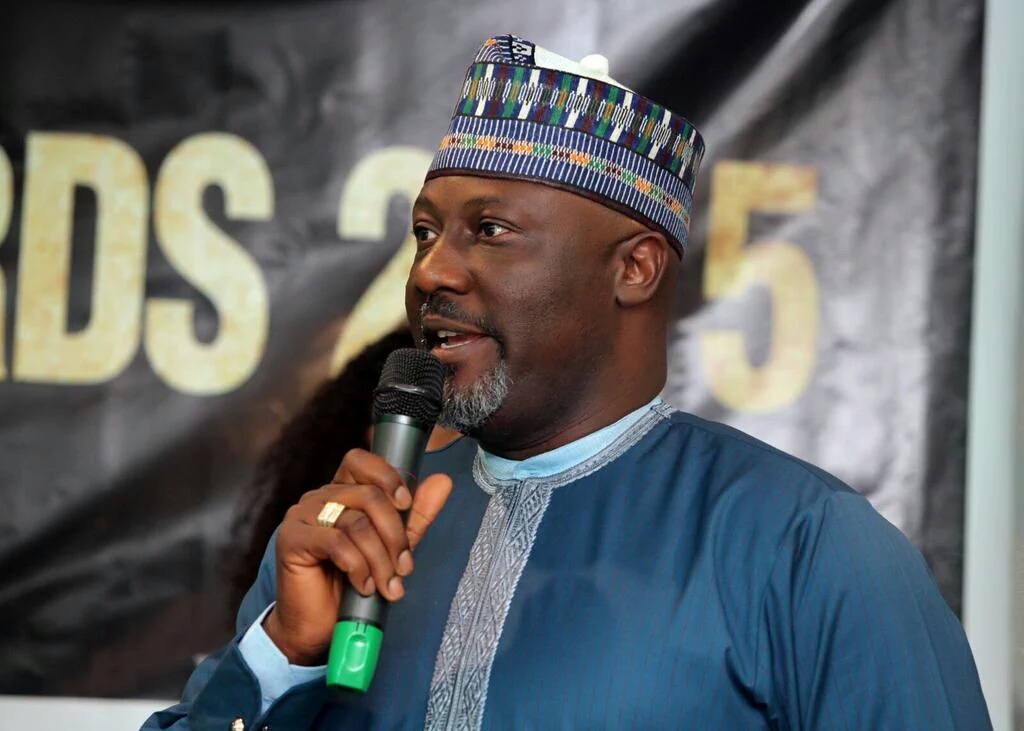 One of the spokespersons of the Atiku/Okowa Presidential Campaign Council, Senator Dino Melaye, chided the vice presidential candidate of All Progressives Congress (APC), Kashim Shettima, saying the presidential villa is not meant for bandits.

This is just as the presidential candidate of Peoples Democratic Party (PDP) in the 2023 elections, Atiku Abubakar, yesterday, admitted that though the crisis rocking the party had yet to be resolved, he had moved ahead to commerce his campaign for the presidency.Speaking to the Voice of America (VOA), Hausa Service, in Washington DC, Atiku insisted that the call for the removal of the party’s national chairman, Dr. Iyorchia Ayu, was ill-timed and counterproductive.

The former vice president promised that his government, if elected president next year, would not be manipulated by any group of persons intent on controlling the affairs of state, either as cabal or under whatever nomenclature. He declared his prospective administration’s support for the death penalty for kidnappers.Melaye, in a statement, said, “Overwhelmed by the conviviality of a civil atmosphere, Kashim Shettima, the grand commander of bandits and the running mate of the presidential candidate of All Progressives Congress (APC), who has gathered enough funds from his field soldiers to be so intoxicated as to engage in a verbal gibberish that is only permissible in Sambisa forest.

“He has been seen in a footage, where he was exciting a rented crowd with whimsical pot shots at His Excellency, Atiku Abubakar. It was the same hallucination that made Shettima to have defined an illusory presidency, where he would create an office for Boko Haram in the villa, with him in charge of the security of our precious Nigeria.

“The emergence of the garrulous, intemperate and indecorous Shettima is another manifestation of the failure of APC, which after weeks of shilly-shally to fill the slot of a running mate, ultimately, settled for a rustic jejune, whose concept of a suit is the sartorial equivalence of babanriga.“The joke rested squarely on Shettima, who in an attempt to desecrate the wholesomeness of Abubakar Atiku succeeded in promoting the presidential campaign front runner as a productive, enterprising and job-creating office seeker, who does not fit into the mould of rent seekers like Shettima and his presidential campaign boss.”

Melaye urged Nigerians to critically assess those he described as jesters in the political space whose understanding of political campaign was the acerbic deployment of an unsterilised mouth, adding that, in attempting to cast aspersions on Atiku’s high profile, Shettima only succeeded in promoting him as a global citizen, who was well acceptable in Dubai.

Meanwhile, Atiku, who spoke to VOA’s Head of Hausa Service, Aliyu Mustapha Sokoto, during an exclusive interview at the radio station in Washington, said, “You won’t find any cabal in my government. It is me, Waziri (Atiku), that will run the administration.”The PDP presidential hopeful had visited America to hold discussions with US government officials on issues confronting the country, including insecurity, economic drawbacks, and the 2023 elections.

He told the VOA that in order to tackle the problem of insecurity, an overhaul of the constitution was imperative.According to him, “We would confront this issue by convoking a constitutional review so that states and local governments, to whom we intend to give the imprimatur to run their security affairs, would be able to do so. But this requires a rejig of constitution.“Before we embark on this, we intend to employ more boots on ground, especially, in the area of policing and civil defence, all of which we want to equip properly.”

The former vice president explained that his administration would work closely with the judiciary to ensure speedy trial of offenders, pointing out that he would support the imposition of death penalty for terrorism related offences.Although Atiku did not talk elaborately on his current relationship with his erstwhile boss, former President Olusegun Obasanjo, the PDP candidate said his disagreements with Obasanjo, when they were in office, was one of the factors that cost him victory in his bid for the presidency in 2011.

On the planned redesign of the naira by the Central Bank of Nigeria (CBN) under the current APC administration, Atiku said he knew nothing about it.But on the issue of Nigerian oil refineries, he said, “My position on this is not new. I have told you some years ago that I will privatise them. The reason is simple. If you allow investors to own them, they would be better managed.”

He added that private investors had the capacity to overhaul the refineries and make them functional at all times.On corruption, he said the rule of law would be applied to make sure those found guilty were sanctioned appropriately.“This would demonstrate to Nigerians that our government means business,” Atiku said.The PDP presidential candidate also spoke on the internal squabbles rocking his party. He acknowledged there was no reconciliation in sight yet, saying, “We are yet to resolve the matter. But we have moved ahead. Our train has moved. We leave the dislocations to the dust bin of history.”He said he did not support the removal of the party’s chairman, as this was not a clever move on the eve of elections.

Atiku stated, “It is not proper at this time to contemplate a change of leadership of our party, whereas we are approaching the elections season.”But he expressed confidence in the ability of the Independent National Electoral Commission (INEC) to conduct free and fair elections in February next year.“This is because we have seen how they conducted two elections in Ekiti and Osun,” Atiku told the VOA. He added, “In both cases, we have praised them for good outings. In addition to this, President Buhari has assured us that he would allow transparent, free and fair elections to be conducted in 2023.”

In this article:News, Sen.Dino Melaye 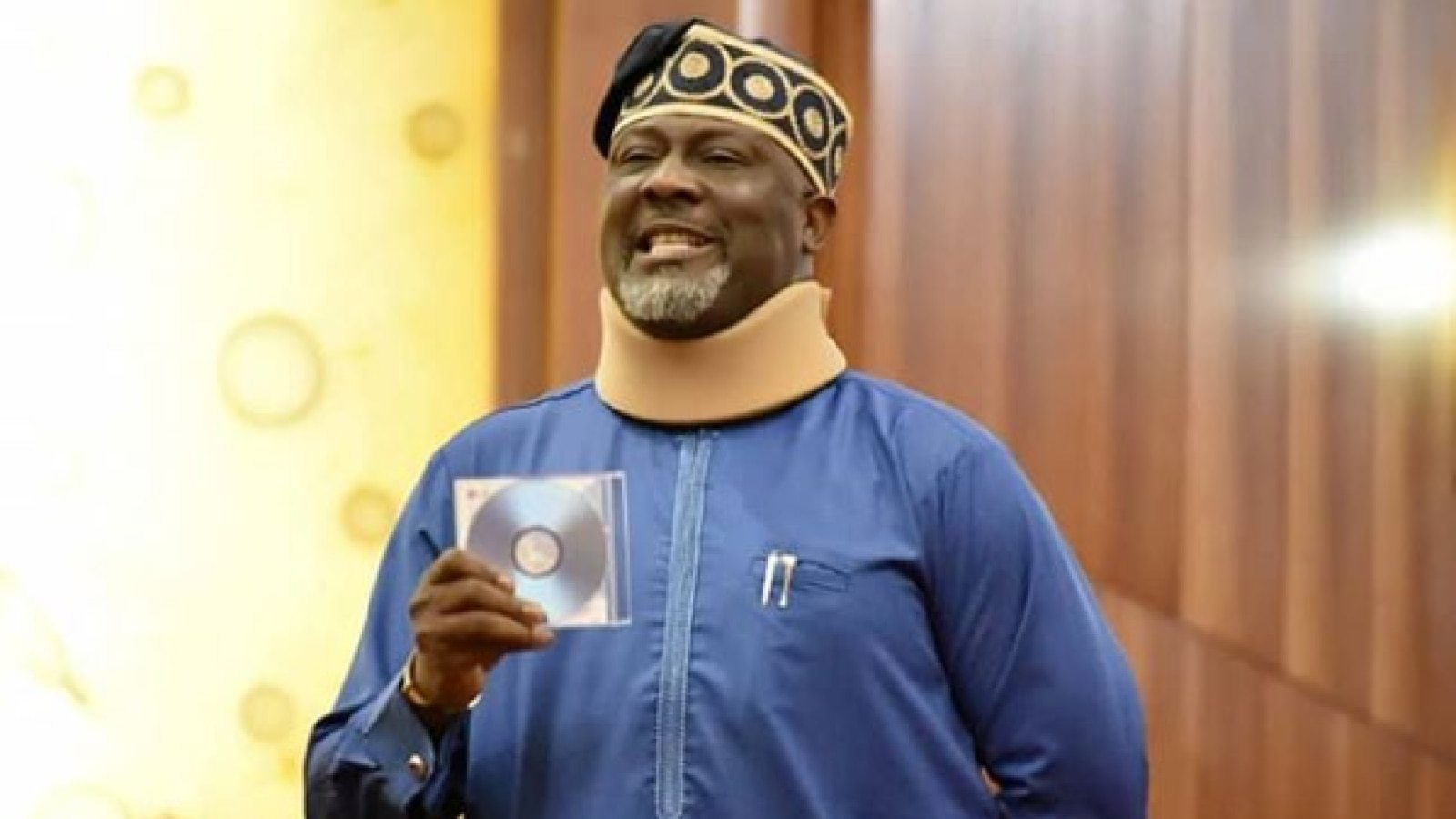 Court Orders Police to Show Cause For Detaining Melaye

An Abuja High Court sitting in Maitama on Thursday ordered the police to show cause over it’s continued detention of Sen. Dino Melaye. Melaye,...

The Senate President, Dr. Bukola Saraki and two other senators, Dino Melaye and Ben Murray-Bruce have filed a suit asking the Federal High Court to... 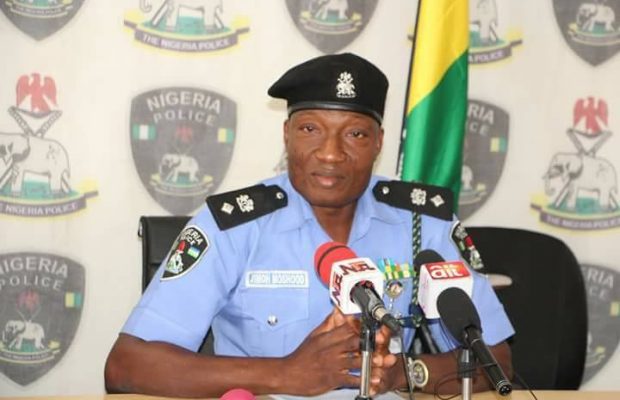 The Nigeria Police Force says Sen. Dino Melaye and Sen. Ben Murray-Bruce are to report to the Police Command in the FCT on Oct....