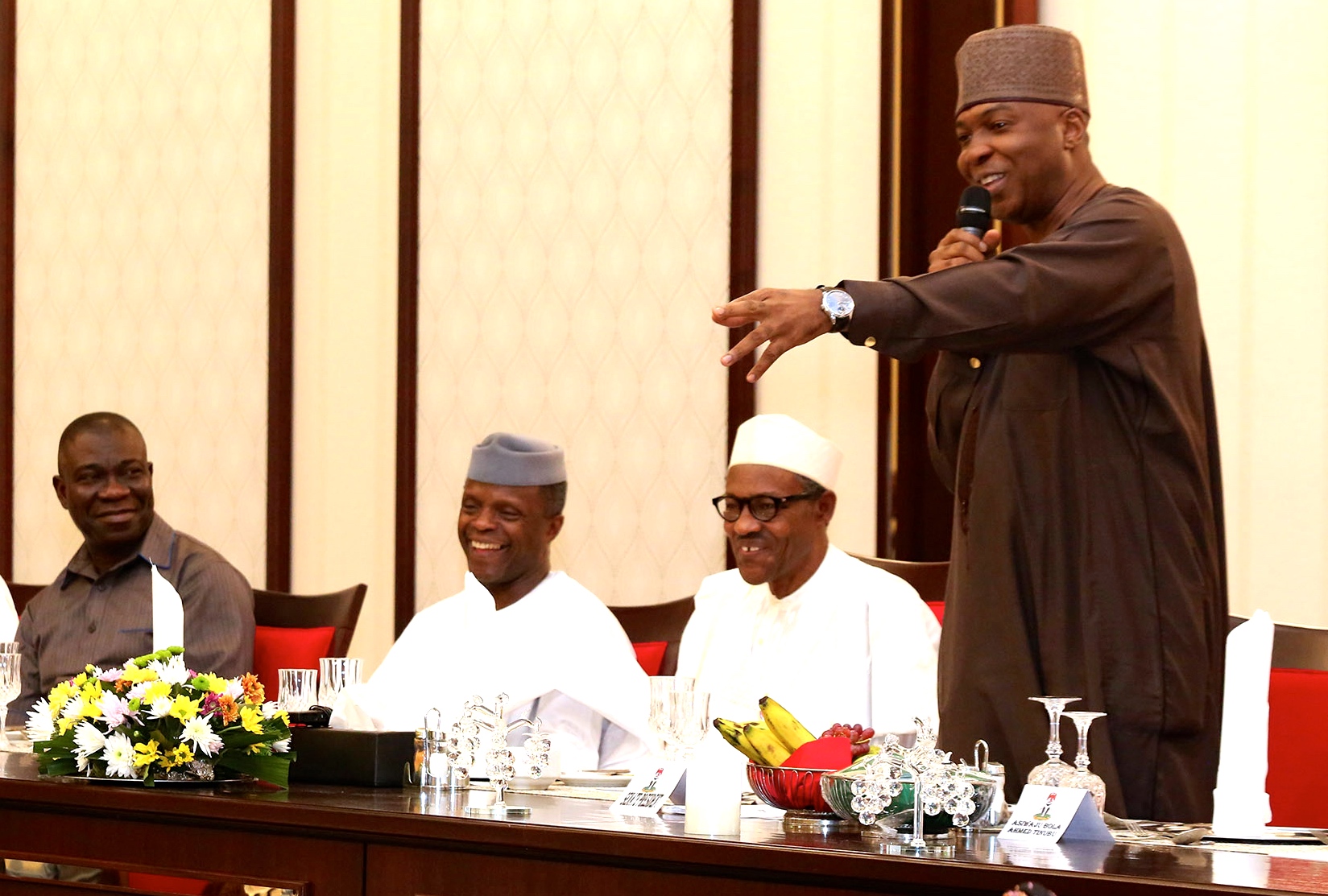 A common vision and ideology should typically bind politicians who come together to form a political party with the aim of running for offices, winning elections, and gaining political power. The unity of the political party is important for the strength and relevance of the party. Of utmost importance is the delivery of the dividends of democracy to the people that they are to serve, if elected. The political parties in Nigeria are a far cry from this ideal model. What we have can best be described as an amalgam of strange bedfellows, weakly united by political rainstorm like the proverbial chicken and the guinea fowl brought together by a sudden rainfall. The present ruling party is the biggest political contraption forged by the genius of the Lion of Bourdillion and the other key players. Yes, they successfully flushed out a government everyone called clueless, weak and corrupt because Nigerians wanted a change. A change not only of government, but a change that will burst the myths that have come to define the developmental efforts of Nigeria. Unfortunately, a lot of us were not conscious of the elements that were in bed to birth the process.

The process that formed the current ruling party was one that attracted a lot of progressives who, among many things, wanted to end the one-party rule; for every lover of democracy believes that a one-party rule can only transition into a dictatorship. The triumph of the APC at the polls was one that a majority of Nigerians saw as our chance to turn a new page. Unfortunately, the new government that we expected to be better, stronger and wiser than the one they replaced, instead of hitting the ground running, are tearing at each other. This is however not surprising; any careful observer would have observed and be worried for the party because of the bitterness, venom, anger and ambition that the key leaders brought into the process. I have come to understand that anything forged in the fire of hate and ambition, shaped on the anvil of bitterness, using the hammer of anger, in the atmosphere of propaganda and selfishness, cannot deliver anything good. I am not surprised at the level of political bitterness and mutual distrust in the current ruling party.

The key elements that formed the APC came together because they had a common enemy that they successfully defeated; that feat did not change the fact that it was a divided house ab initio. To argue otherwise is to suggest that oil and water in a keg can blend. The whole merger drama happened in the open – these guys were never united by the same political ideology and vision for the people. The key players in the political space are more driven by personal ambition. These fundamental differences are the only way to explain the current impasse between the Executive and Legislature. The face-off between the two leading arms of government can be likened to a situation where the leaders of a firefighting squad are wrestling with one another and debating who the right person is to hold the fire hose, while a house is on fire. Nigerians elected this government to put out the fire of insecurity, poverty, hardship and unemployment that is burning down dreams. We are daily approaching the first one-year of four years and the leaders of the team are still fighting dirty and bloody.

Am I saying corrupt politicians should not be brought to justice? God forbid. The hornets nest should be stirred when necessary, but not to the detriment of the people. We want this government to put all political differences aside; the key players should wear caps over their big egos, and calm strained nerves, suspend all selfish ambitions and settle down to governance. How can a party that controls both the executive and legislative find it impossible to give us a budget? Nigerians are getting sick and tired of the fights going on. This is not the change we want.

Any system where people abhor each another, where envy and strife exist and thrive, there will be confusion and every evil work. The pull-him-down syndrome will plague any political party that is characterised by envy and strife. When not checked, key players will take their eyes off the vision of the party, if any, and be fixated on the person they want to destroy politically. This syndrome is what births evil, division and confusion. Once division and confusion sets in, development ceases. Progress is replaced by retrogression. Prosperity will be overthrown by poverty.

The cost of this political bitterness is biting Nigerians in ways words cannot express. The Bible is very clear on the evil that disunity brings; for when bitterness takes root, many are the troubles and defilements that the people will suffer. This infighting reminds one of the many sufferings that will be the lot of the grass on a field where two elephants are fighting. I am not interested in what the small elephant did that is making the big one fight it. All I am saying is the fighters should weigh the impact they are having on the people. For indeed the people are suffering. Small businesses are dying in thousands. Things are generally worse-off. I hope the whole four years don’t go to waste. The news Nigerians want to read on the headlines of newspapers are not the ones this political charade is generating.

Sunday Ogidigbo is the Pastor of Holyhill Church, Abuja. You can connect with him on twitter: @SOgidigbo or visit www.sogidigbo.com or send an e-mail at psun@holyhillchurch.org