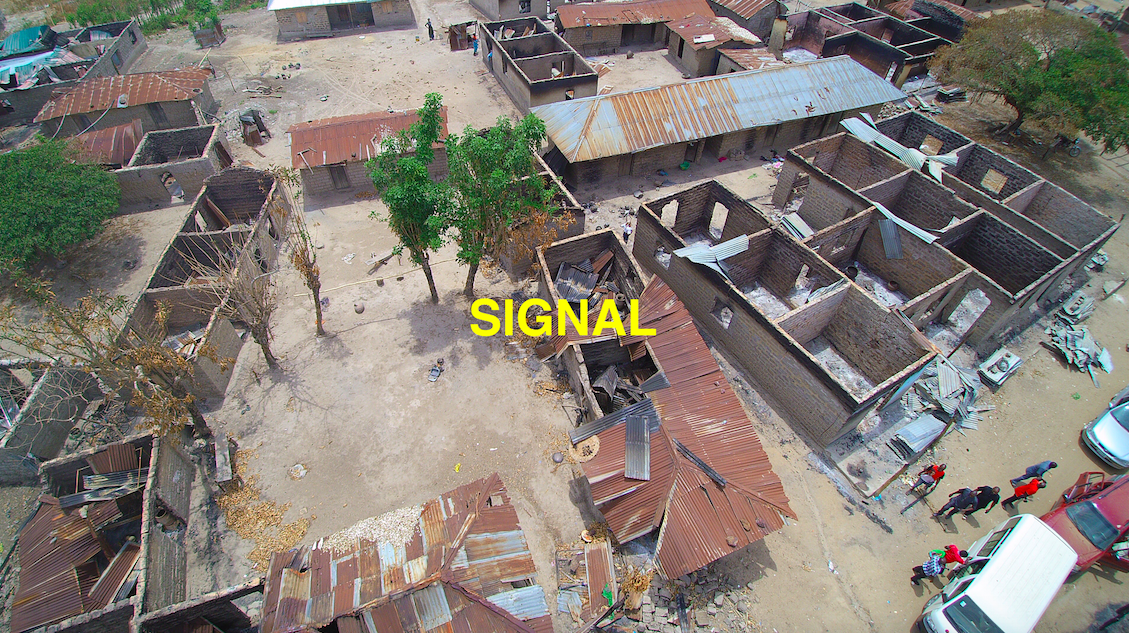 Rest in peace typically flows from our hearts and lips when we talk about or remember the dead, like Asa does in her song “Peace”, where she sings, “peace for the people who are gone, ye kpa for those not yet born, and woe to the people who are here”. To this I agree almost completely. Majority of the people alive are suffering under the burden of untold hardships. The beautiful ones that are not yet born have no idea of the many troubles on this side of the divide. Today, as we continue in the worldwide mouring of the legendary Muhammad Ali, who fought a good fight in the ring and outside the ring, I would leave the living and the unborn alone, and focus my attention on the many who are dead.

Death is one appointment everyone will keep, for it is appointed unto men once to die, but after this the judgment. I know those of the Christian faith believe in the rapture of the saints; when the saints who are alive would be transformed at the sound of the trumpet that would herald the second coming of Jesus Christ. The issue to which we should all focus on is not the theology of death or of life after death. I want us to reflect on the possible echoes from the region of the dead. For the dead still speak, by their works, words, ideology and their blood. Our perfect example on this subject is Abel, for God testifying of his gifts: and by it he being dead yet speaks. Abel long dead still speaks by his works.

The Bible records that the blood of Abel cried out to God after Cain his brother murdered him in cold blood. The blood of Jesus also speaks from Zion. The murder of Cain by Abel, brings to mind the current face-off between the rampaging Fulani herdsmen and farmers. Abel, in this case, was a keeper of sheep – a shepherd, while Cain, his brother, was a tiller of the ground – a farmer. Whenever the blood of the innocent is violently shed, the voice of the blood goes up to the ears of God Almighty, the Judge of all. In the case of Abel, his blood cried for vengeance and justice. For the blood of the innocent killed anywhere on God’s earth will cry out to Him from the region of the dead. I wish heaven can allow the living hear the voices of the blood of the countless, nameless and faceless, who met with violent and untimely deaths. For example, the blood of the farmers and their family members murdered in a number of communities, such as Agatu, and the echoes coming from many unmarked mass graves holding the remains of the hundreds of Shittes in Zaria who met their deaths in controversial circumstances, or the cries of Kudirat Abiola, just to name a few.

We live in a country where murderers are not investigated to a logical conclusion; a country where the chief law officer can be murdered in cold blood and it’s obvious justice will not be served; where a citizen can be decapitated in broad daylight by an irate mob for blasphemy; where trigger-happy law enforcement officers can summarily execute citizens who refuse them a bribe; where peaceful demonstrators are met with lethal force; where bandits and ritualists run free, leaving behind a river of tears and blood. We live in a country whose soil is tired of soaking the blood of citizens murdered in gruesome and barbaric circumstances.

This past week as the government flagged-off the cleaning of the Niger-Delta in the heart of Ogoni land, any discerning or thoughtful observer would have seen or imagined the looming ghost of Ken Saro-Wiwa and his compatriots. The killing of Ken Saro-Wiwa, to my young mind then and even now, was the murder of commonsense. Why will any country execute one of her brightest, choicest and finest? Why would the government kill the author of the book that was adapted for my then favourite TV show, “Basi and company”, also known as Mr. B. Without any doubt, the blood of the innocent slain in any circumstance in Ogoni or for Ogoni will not stop demanding for justice.

The blood of man is the life force within man. The blood of man is the condensed form of the breath of God that kickstarted life in Adam, and made him a living soul. To Noah, he said, “But your own lifeblood I will avenge; I will avenge it against both animals and other humans”. The reason is very simple: the blood speaks. Any time the blood of an innocent person is spilled, the blood cries out to God for vengeance. For not all dead souls rest in peace. Any country that does not value the human life and respect the sanctity of the human blood would hardly know peace, progress and prosperity.

What do you think would be the demand of the blood of the four innocent undergraduates of the University of Port Harcourt, who were paraded naked, beaten to pulp and set ablaze in broad day light in Aluu? These boys were teenagers, who went to retrieve a debt owed one of them, when the debtor falsely accused them of stealing. What about the countless undocumented jungle justice carried out weekly all over the place? Without any doubt, these souls violently taken from us, would have nothing good to tell God about Nigeria. They will plead with God to stop sending the unborn to Nigeria. No wonder Asa shouts “ye kpa!” for the ones not yet born.

The consequences of shedding innocent blood, apart from the spiritual implication, also comes with heavy socio-economic implications. God said to Cain, “The blood of your brother is calling to me from the ground. From now on, you will get nothing but curses from this ground, you will be driven from this ground that has opened its arms to receive the blood of your murdered brother. You will farm this ground, but it will no longer give you its best. You will be a homeless wanderer on Earth.”

What do you think the fate of a people should be on whose land thousands of innocent citizens have been murdered? Food crops would naturally fail following years of senseless bloodletting. For if the courts of the land will not deliver justice, the court of heaven will judge the land.

Sunday Ogidgbo is the Pastor of Holyhill Church, Abuja. You can connect with him on Twitter@SOgidigbo, visit www.sogidigbo.com or send him an e-mail at psun@holyhillchurch.org.