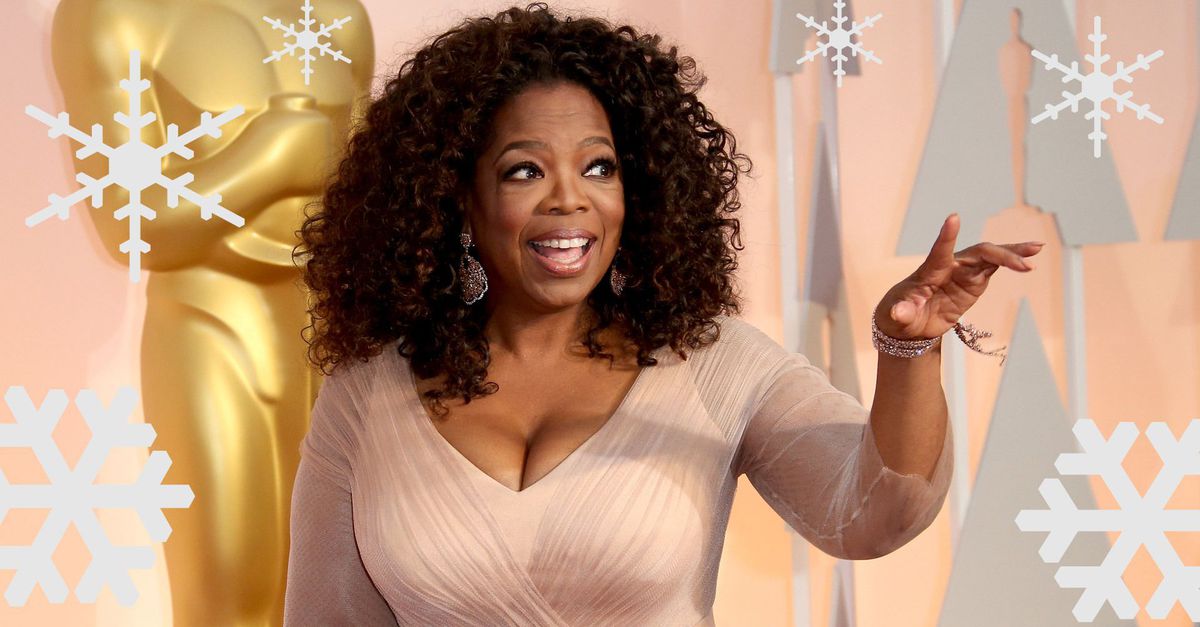 With what Democrats have been through since the 2016 American presidential election, you can’t blame them for wanting to find someone who can defeat Donald Trump.

That someone, surprisingly, might be talk show host Oprah Winfrey.

Her electrifying speech at the Golden Globe Awards on Sunday night ignited plenty of wishful thinking about an Oprah candidacy.

It grew more than wishful after the awards, when Winfrey’s partner, Stedman Graham, told the Los Angeles Times that Winfrey would be willing to run if “the people” wanted her to do so.

But as the saying goes, be careful what you wish for.

Winfrey might indeed be able to beat Mr Trump in 2020. She certainly will bring the same kind of buzz to the Democratic primary season that Trump brought to the Republican contest.

Even more than Mr Trump, she is a masterful communicator, thanks to her daily talk show, her Oprah Winfrey Network on cable television, her O Magazine, and her proselytising before private audiences during the speaking tours she has made in recent years.

For 25 years, she appeared Monday through Friday in homes across the US and around the world, possibly the only black American with whom some had regular contact, even if it was on a television screen.

The #MeToo movement, honoured by celebrities in black garb, was just the kind of topic Winfrey would have tackled if her daily program was still on the air.

“To say how we experience shame, how we love and how we rage, how we fail, how we retreat, persevere, and how we overcome.”

She went on: “I’ve interviewed and portrayed people who’ve withstood some of the ugliest things life can throw at you, but the one quality all of them seem to share is an ability to maintain hope for a brighter morning, even during our darkest nights.”

Democrats, and voters fed up with Mr Trump, have found it hard to maintain that hope in the past year. And Winfrey’s inspiration, along with her relentless positivity, must seem like balm to their exhausted souls.

However, a Winfrey candidacy could actually make things worse for the party she might decide to lead.

It would delay further the task that Democrats must face: finding a seasoned, respected politician who can fire up American voters enough to dislodge Trump from the White House.

All day Monday in the US, the debate over a potential Winfrey candidacy on social media ranged from reactions like, “OMG, I’d vote for her!” to head shaking at the idea of another celebrity taking up residence at 1600 Pennsylvania Avenue.

However, it did not seem at all impossible.

Republican strategist Ana Navarro told The Washington Post: “Are we really asking ourselves whether a political neophyte, billionaire, media-savvy TV star can become president? America answered that already,” she said.

Yes, Winfrey would do the Democrats an enormous favour by handing them back the White House.

Given her closeness to Barack and Michelle Obama, it is likely that some of the Obama staff might return to the West Wing, meaning she would set out with a far more experienced team than Mr Trump has even a year into his presidency.

As with Mr Trump in 2016, Winfrey undoubtedly would draw throngs of fans to her campaign appearances, and her acceptance speech in front of the Democratic Convention most likely would rank with Mr Obama’s 2004 appearance, which many felt kicked off his presidential aspirations.

But, no matter the inspirational leader Winfrey can be, she has yet to show she can keep a political party alive and thriving.

And, that would only perpetuate the issue that the Democrats face. They don’t have anyone who can stare down Mr Trump, and come up with a strategy to beat him, and put more Democrats in Congressional and state legislative seats.

Hillary Clinton, despite winning the popular vote in 2016, somehow failed to take the key states that would have given her the presidency under the arcane Electoral College system.

No-one as yet has emerged to galvanise the party and act as a de facto leader until the primary season gets underway.

Nostalgia aside, it isn’t a role that Mr Obama can and should play, even though Mr Trump’s chaotic behaviour has given him a virtual third term.

Winfrey doesn’t need the Democratic Party’s help to take its nomination. If she truly wanted to make the commitment to run, she could simply follow the template that Trump used in 2016, winning primaries without help from the system, simply by the draw of her charisma.

Just as Mr Trump has done immeasurable damage to the Republicans, however, Winfrey could inadvertently harm the Democrats.

To Mr Trump, what matters most is winning, and after seeing him occupy the White House and tear apart much of Mr Obama’s legacy, many Democrats are thirsty for a magic candidate who can put everything to rights.

You can’t blame Winfrey if she’s enjoying the fuss. And, Mr Trump, as well as her friend Mr Obama, have opened the door for her to walk through.

However, her own words are a good reminder: “Don’t let people talk you into what you think is you.”

Micheline Maynard is a journalist, broadcaster and author.