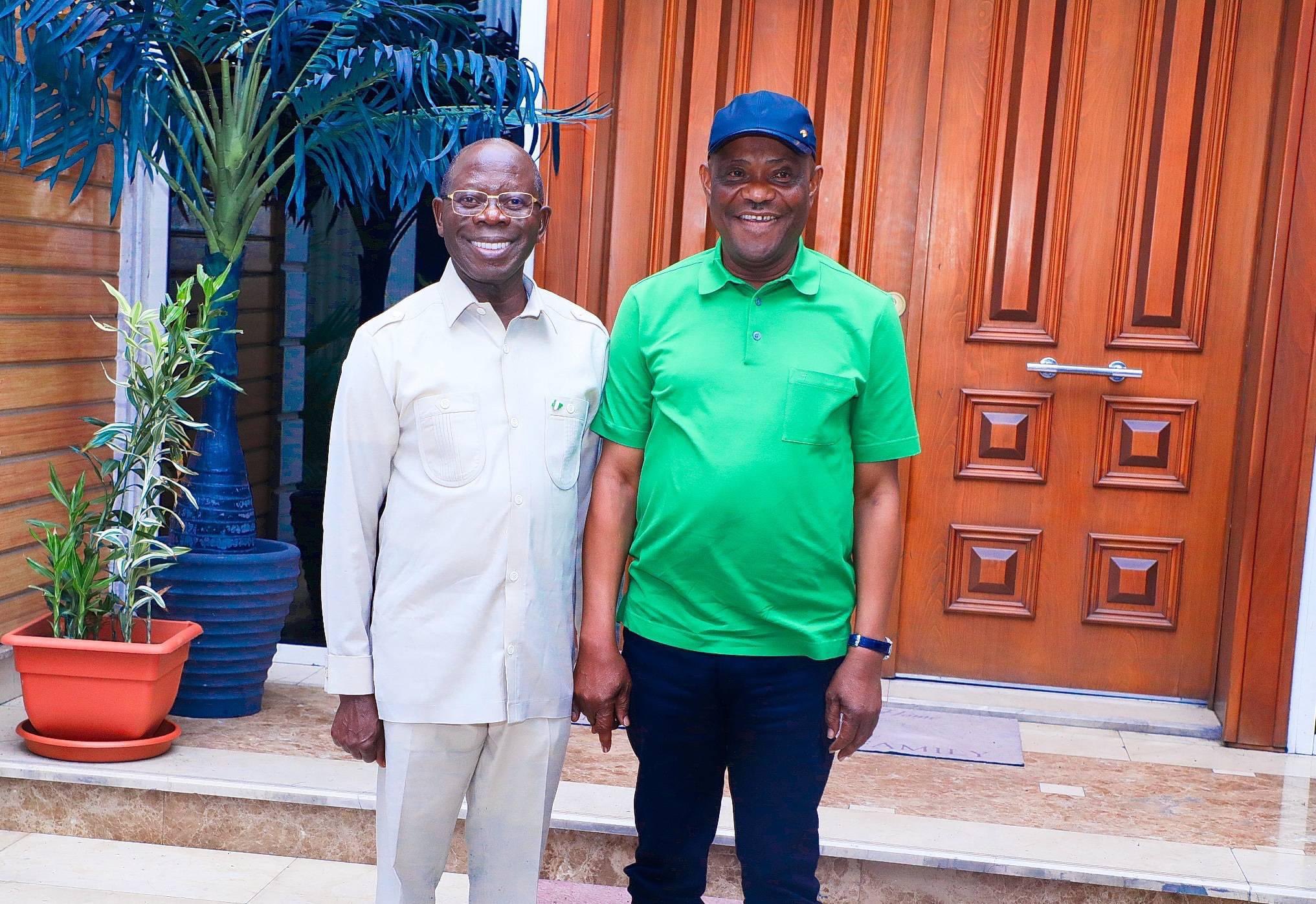 Former National Chairman of the All Progressives Congress (APC), Adams Oshiomhole, has arrived Port Harcourt for the commissioning of the Rumueprikom Flyover constructed by the Rivers State Government under the administration Governor Nyesom Wike.

Oshiomhole arrived at Wike’s private residence in Obio Akpor local government area of Rivers hours after attending the flag off of the campaign of Asiwaju Bola Tinubu, Presidential Candidate of the APC, in Jos, Plateau State.

Wike has intensified his relationship with chieftains of the ruling party since he fell out with the leadership of  his own Peoples Democratic Party (PDP).

The governor, who contested the presidential primaries of the PDP but lost the ticket to former Vice-President Atiku Abubakar, had indicated interest in being Atiku’s running mate, but his Delta counterpart, Ifeanyi Okowa, was chosen.

Shortly after this development, Wike called for leadership change in the opposition party, arguing that the Presidential Candidate and National Chairman of the party cannot be from the same region.

He and his allies had pulled out of the campaign of Atiku, giving the resignation of Senator Iyioricha Ayu as PDP chairman as condition for peace.

Amid the crisis, Wike held talks with Tinubu and invited key APC chieftains to commission projects in his state.

The PDP leadership has expressed concerns over Wike’s attitude of bringing people outside his party to commission projects but the Rivers number one citizen argued that he does not need permission to decide be who commissions his projects.