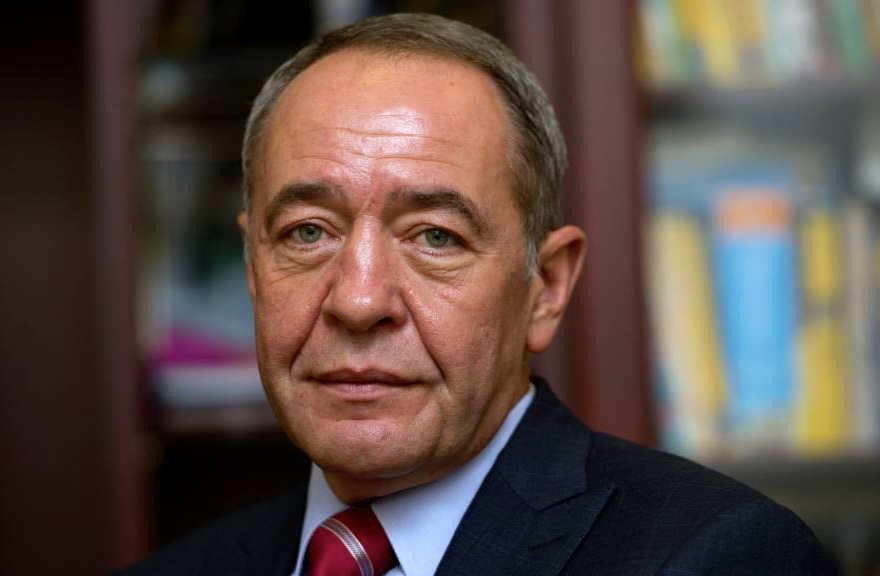 Vladimir Putin’s former press secretary, who was an “inspiration” for the Russia Today (RT) news channel, has been found dead in a hotel room in Washington.

The body of Mikhail Lesin was found in a room in the plush Dupont Circle hotel on Thursday morning, the Russian embassy in Washington said, confirming reports by Russian news agencies that Lesin, 57, had died. State-owned RIA Novosti reported that Lesin died of a heart attack, citing a spokesman for his family.

Washington police have opened a “death investigation”, lieutenant Sean Conboy told the Guardian. Conboy declined to identify the subject of the investigation but said detectives were looking into the circumstances of the man’s death. Police found a body at the hotel room at about 11.30am on Friday, he said.

The Russian agency Tass reported that early investigation did not find any signs of violent death, and quoted a police spokesman, Sean Hickman, as saying security had not seen anything suspicious. Hickman said the nature of the investigation could change, depending on what was found the scene and after an examination of the body.

Margarita Simonyan, editor-in-chief of RT, the Kremlin-directed news agency tweeted: “Lesin is dead. It’s impossible to believe. Please, everyone who knew and didn’t know him, remember him well. He was an absolutely unique man.”

RT credited Lesin with “inspiring [its] creation”, and suggested without any citation that “Lesin had been suffering from a prolonged unidentified illness”.

After the fall of communism in the early 1990s, Lesin set up Video International, which became a multi-billion dollar advertising agency and remains one of Russia’s biggest.

He served as the country’s press minister from 1999 to 2004 and was Putin’s media adviser for the following five years, before becoming a senior executive at Gazprom-Media, Russia’s largest media group, in 2013. He resigned a year later.

Putin spokesman Dmitry Peskov said in a statement that the president “highly appreciates the enormous contribution Mikhail Lesin made to the formation of the modern Russian media”, according to Tass.

Lesin is survived by a wife, son and daughter, the latter a bureau chief with RT.

In this article:Mikhail Lesin, Russia Today