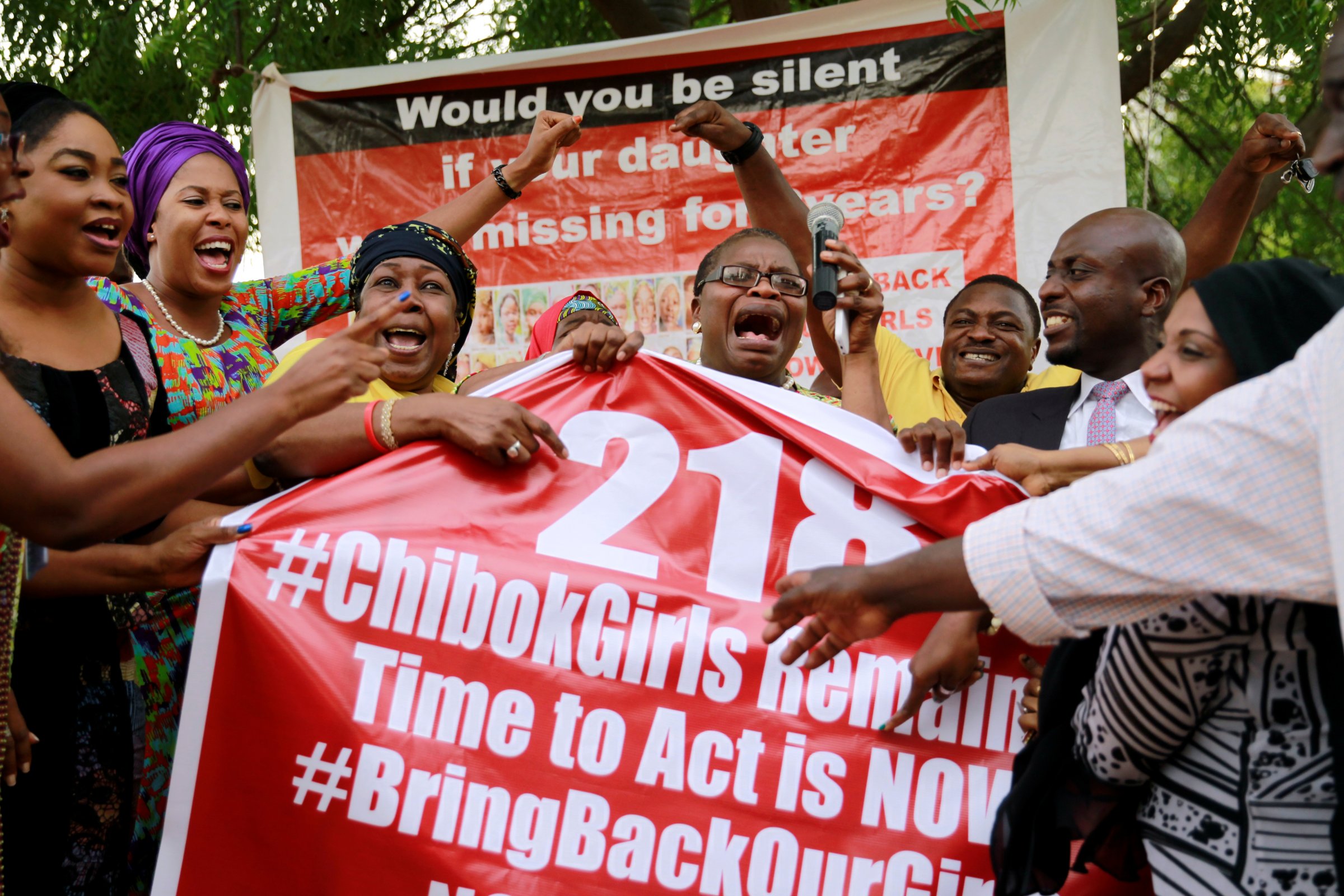 Abuja – A Nigerian community leader says the government is negotiating the release of another 83 of the Chibok schoolgirls taken in a mass abduction two-and-a-half years ago but more than 100 others appear unwilling to return home.

Pogu Bitrus, chairman of the Chibok Development Association, told The Associated Press that the unwilling girls may have been radicalised by Boko Haram or are ashamed to return because they have married extremists and have babies.

Bitrus said the 21 Chibok girls freed last week in the first negotiated release between Nigeria’s government and Boko Haram should be educated abroad, because they will probably face stigma in Nigeria.

The girls and their parents were reunited on Sunday and are expected to meet with Nigeria’s President Muhammadu Buhari on Tuesday or Wednesday, Bitrus said.

Buhari flew to Germany on an official visit the day of the girls’ release.

Some 276 schoolgirls were kidnapped from a school in northeastern Chibok in April 2014. Dozens escaped early on and a few died in captivity.

All those who escaped on their own have left Chibok because, even though they were held only a few hours, they were labelled “Boko Haram wives” and taunted, he said. At least 20 of the girls are being educated in the United States.

“We would prefer that they are taken away from the community and this country because the stigmatisation is going to affect them for the rest of their lives,” Bitrus said. “Even someone believed to have been abused by Boko Haram would be seen in a bad light.”

One Chibok girl, Amina Ali Nkeki, escaped in May. Chibok Parents’ Association chairman Yakubu Nkeki said the young woman has been reunited with her freed classmates, all of whom are being treated by doctors, psychologists and trauma counsellors at a hospital in Abuja, Nigeria’s capital, run by the Department of State Security, Nigeria’s secret service.

Human rights advocates and the Bring Back Our Girls Movement have been asking if the girl is a detainee of the government and have been demanding she be allowed to return home, as she has requested.

The newly freed girls have told their parents they were separated into two groups early on in their captivity, when Boko Haram commanders gave them the choice of joining the extremists and embracing Islam, or becoming their slaves, Bitrus said.

The girls freed and those whose release is being negotiated, numbering 104, are believed to be in the group that rejected Islam and Boko Haram, he explained. The freed girls said they never saw the other girls again.

Bitrus said the freed girls were used as domestic workers and porters but were not sexually abused. He said that was why only one girl in the freed group is carrying a baby, and her parents have confirmed that she was pregnant when she was kidnapped. .

Previous negotiators in talks that failed also had corroborated that more than 100 of the girls did not want to return to their parents, Bitrus said.

Chibok is a small and conservative Christian enclave in mainly Muslim northern Nigeria, where many parents are involved in translating the Bible into local languages and belong to the Nigerian branch of the Elgin, Illinois-based Church of the Brethren.

Nigeria’s government has denied reports that the girls were swapped for four Boko Haram commanders, or that a large ransom was paid.