From her very first ceremonial appearance at the May 29, 2015 inauguration of her husband as President, Aisha Buhari announced her taste for high luxury when she donned a very expensive designer wristwatch – Cartier Baignoire Folle 18-carat white gold diamond model valued at £34,500, the equivalent of over N10 million.

The development sparked a public debate about the hypocrisy of Nigeria’s first family. President Muhammadu Buhari was elected into office on the basis of a strong anti-corruption crusade and his love for “ordinary people”. Prior to his election in 2015, it was widely reported that he didn’t own any property outside the country, had never operated a foreign bank account, couldn’t boast of more than two properties in Nigeria and had to take a bank loan to purchase the Presidential nomination form that was fixed at the prohibitive price of N27 million.

If Aisha Buhari’s N10 million Cartier wristwatch came as a rude shock to many, she wasn’t done yet.

In August 2016, the wife of the President was spotted in the United States as she arrived the country on a visit carrying a Hermes Birkin 35cm Porosus Crocodile Gold Hardware Bag worth $105, 000 (N40, 950,000) at $1 to N390 which was the current conversion rate at that time.

An exclusive report by SIGNAL broke the news, causing great stir and controversy in the Nigerian social media.

In defiance of the public outrage that greeted her multi-million naira Hermes bag, SIGNAL spotted Aisha Buhari again in September 2016, wearing a £15,000 Chopard Diamond Wristwatch, the equivalent of N8 million.

The latest in the series of Mrs Buhari’s seeming obsession with luxurious accessories and apparel was her outfit to the June 12 Democracy Day Dinner and Gala on Tuesday night. The first lady rocked an Oscar De La Renta Maple Leaf Embroidered Silk-Crepe Cape Back Caftan to the event. The dress which cost $4,290 has got tongues wagging in the Nigerian social media. 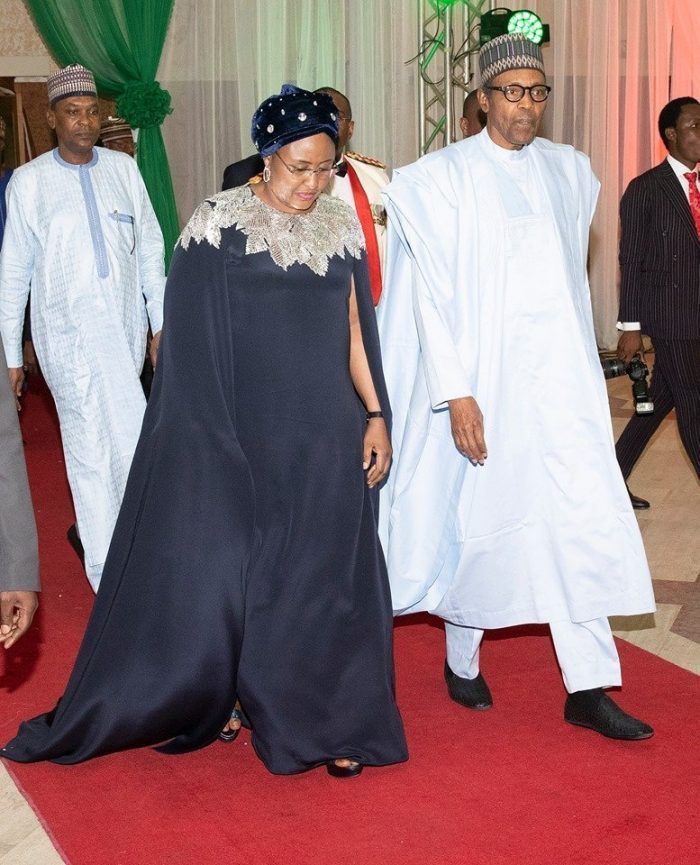 Aisha’s latest display of casual opulence comes in the heels of her recent declaration that the Social Investment Programme (SIP) of her husband’s administration which was designed to help poor Nigerians with hand-outs of as little as N10,000 each was not meeting its intended objective.

As the debate about the luxurious taste of the first lady continues, some have risen in her defence stating that she didn’t break the law while others have called attention to her insensitivity in a nation where acute poverty is rising and 94 million citizens live on less than $1.90 a day, according to a recent report by The Economist.

EU: There’s No Progress in the Fight Against Boko Haram

Junaid: Sanusi Asked to be Osinbajo’s VP When Buhari Was Sick in London