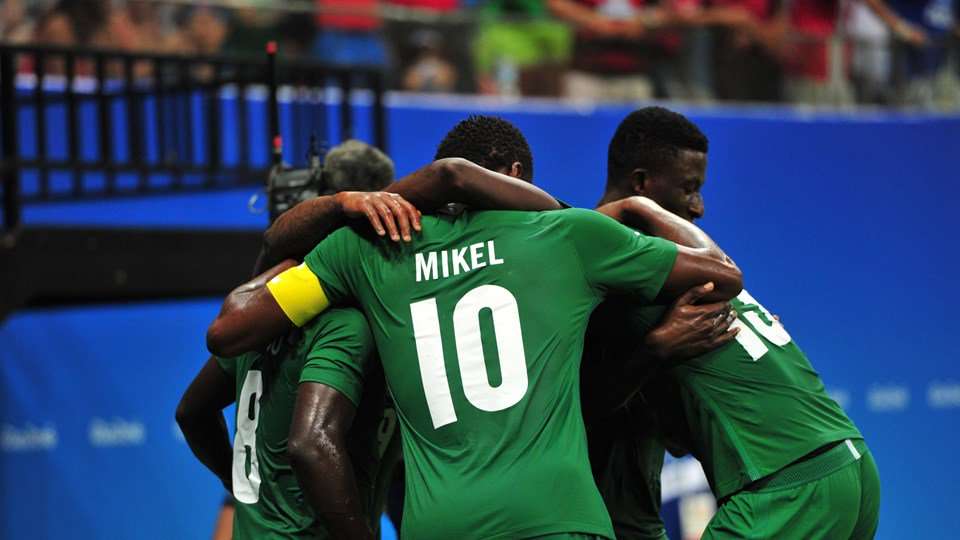 Sadiq Umar’s diving header against Sweden was all Nigeria’s Dream Team VI needed last night to book a place in the quarter finals of the Men’s Olympic Football Tournament of the ongoing Rio 2016 Games in Brazil. Nigeria consolidated leadership of Group B on six points.

Right from the kick off at the Amazonia Arena in Manaus, the Samson Siasia wards who battled against all odds to defeat Japan 5-4 in their opening game were in charge of proceedings for the greater part of the encounter.

Fresh from scoring four goals last time out against Japan, Oghenekaro Etebo attempted several shots in the half–with his right foot, left foot and with his head–but he was unable to get the better of Sweden goalkeeper Andreas Linde.

Nigeria eventually found the opener six minutes from time, when Stanley Amuzie delivered a pinpoint, curling cross in open play from the left wing that found Umar and the Roma man made no mistake, scoring with a diving header.

The Dream Team continued their dominance in the second half, and just three minutes in, captain John Obi Obi took had a well-driven shot from the top of the area saved by Linde. The Swedish goalkeeper had to be alert four minutes later when Etebo dribbled inside the corner of the penalty box and attempted a curling effort, but once again, Linde saved.

Coach Hakan Ericson did use all three of his substitutes–Ken Sema, Muamer Tankovic and Jacob Une Larsson to try and give his team a new dimension but, in the end, Nigeria’s backline was up to the challenge and held on to all three points.

On Wednesday, Nigeria will close out group play against Colombia in Sao Paulo, while Sweden have a must-win match ahead against Japan in Salvador if they are going to continue their Rio 2016 journey.