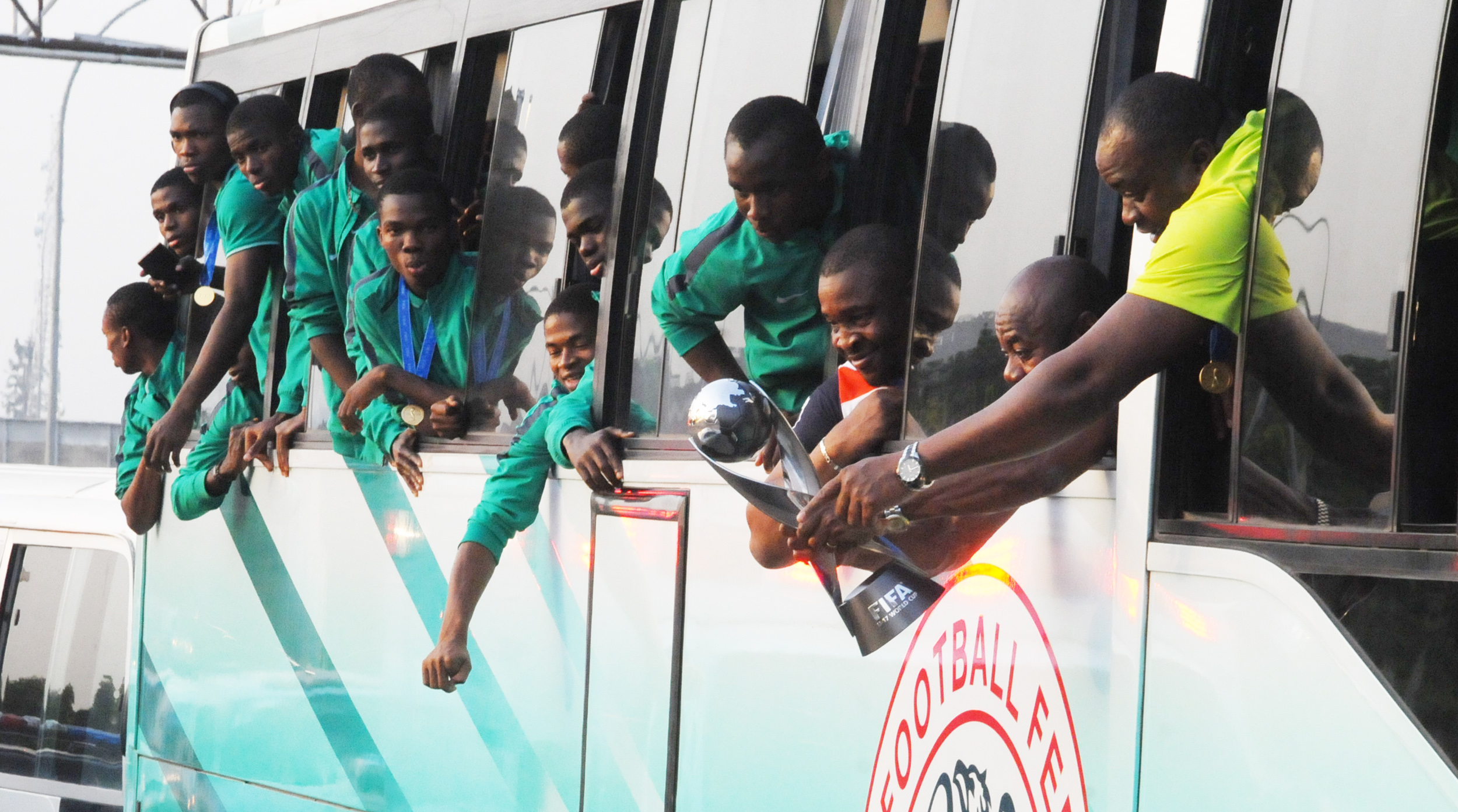 Members of the FIFA U-17 World Cup winning squad, the Golden Eaglets have disclosed that they are yet to recover from the shock after the Nigeria Football Federation, NFF handed them a paltry N20, 000 each before they dispersed in Abuja last Thursday.

Players and officials of the U-17 National Team returned to the country last Wednesday, following a successful campaign at the FIFA U-17 World Cup in Chile.

Contrary to the usual custom of handsomely rewarding and celebrating Nigeria’s sporting heroes, the 2015 world football champions were handed a paltry sum of N20, 000 each.

SIGNAL conducted a Twitter poll on Tuesday to determine the opinions of Nigerians on the N20,000 cash reward given to the Golden Eaglets.

The poll which lasted for 24 hours as required by the newly introduced Twitter polling system had 80 votes at the time of conclusion with 83% of the votes in support of a more deserving reward to the world champions.

Golden Eaglets reportedly got N20,000 each from @thenff after winning the #WorldCup. Do they deserve more? #SignalNG NFF President Amaju Pinnick reluctantly responded to this newspaper’s enquiries to comment on the issue. “We have a match this evening. We can talk about the Eaglets later”, he said and dropped the phone on our reporter on Tuesday.