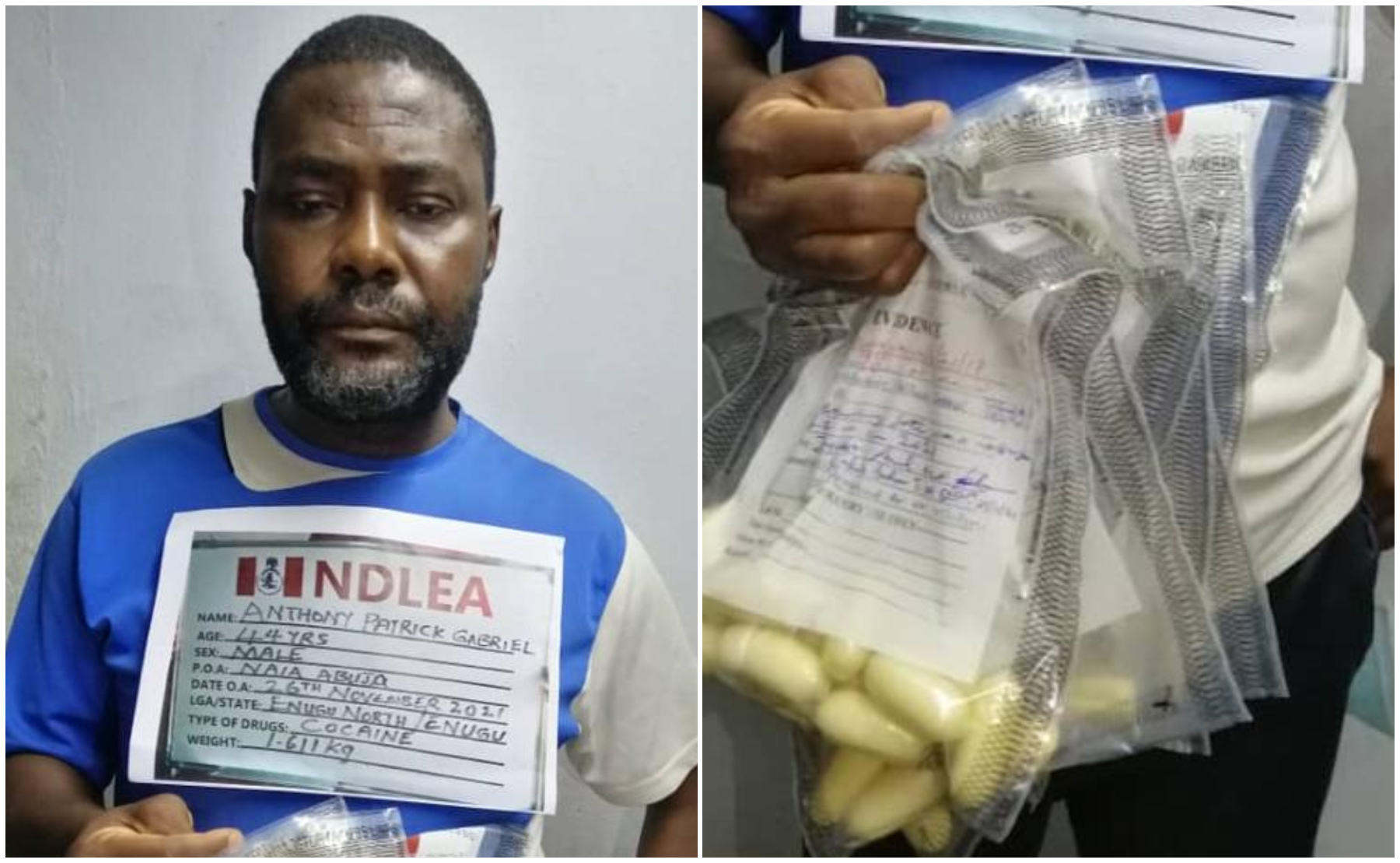 Nigeria’s National Drug Law Enforcement Agency (NDLEA), has arrested a 44-year-old father of three, Gabriel Anthony Patrick, at the Nnamdi Azikiwe International Airport Abuja (NAIA), for ingesting 96 pellets of cocaine, which he excreted in the custody of the agency.

The NDLEA spokesperson, Femi Babafemi, said the native of Nike in Enugu North local government area of Enugu State, Gabriel, was arrested on Friday, November 26, during an outward clearance of Turkish Airline at the boarding screening area of the airport enroute Abuja-Istanbul-Madrid.

The suspect had travelled to Germany in 1996 for two years on asylum after which he relocated to Spain in 1999 where he currently holds a residence permit and works as a driver in a food manufacturing company.

He claimed he came into Nigeria on November 17 to sell cloths and car spare parts he shipped to Lagos earlier.

He, however, said he couldn’t sell his consignments, which cost him 4,000 Euros excluding the cost of shipment because they were priced below the cost price at Ladipo market in Lagos and he needed to travel back to Spain to resume work after the expiration of his annual leave.

This, he said, led him to accept an offer to traffic the drug for which he would be paid 1,500 Euros when he successfully delivers the consignment to someone in Spain.

He claimed he left Lagos for Enugu to see his family members, and then travelled on November 25 to Onitsha, Anambra State where he was picked from Upper Iweka park at night and taken to a house where he was given the 96 pellets of cocaine to ingest before leaving for Abuja to board his flight to Madrid the following day.

Similarly, NDLEA operatives at the Murtala Muhammed International Airport (MMIA) Lagos, have arrested one Okorie Godwin Onyeribe over his attempt to export 21.85kg of cannabis concealed in foodstuff to London, UK.