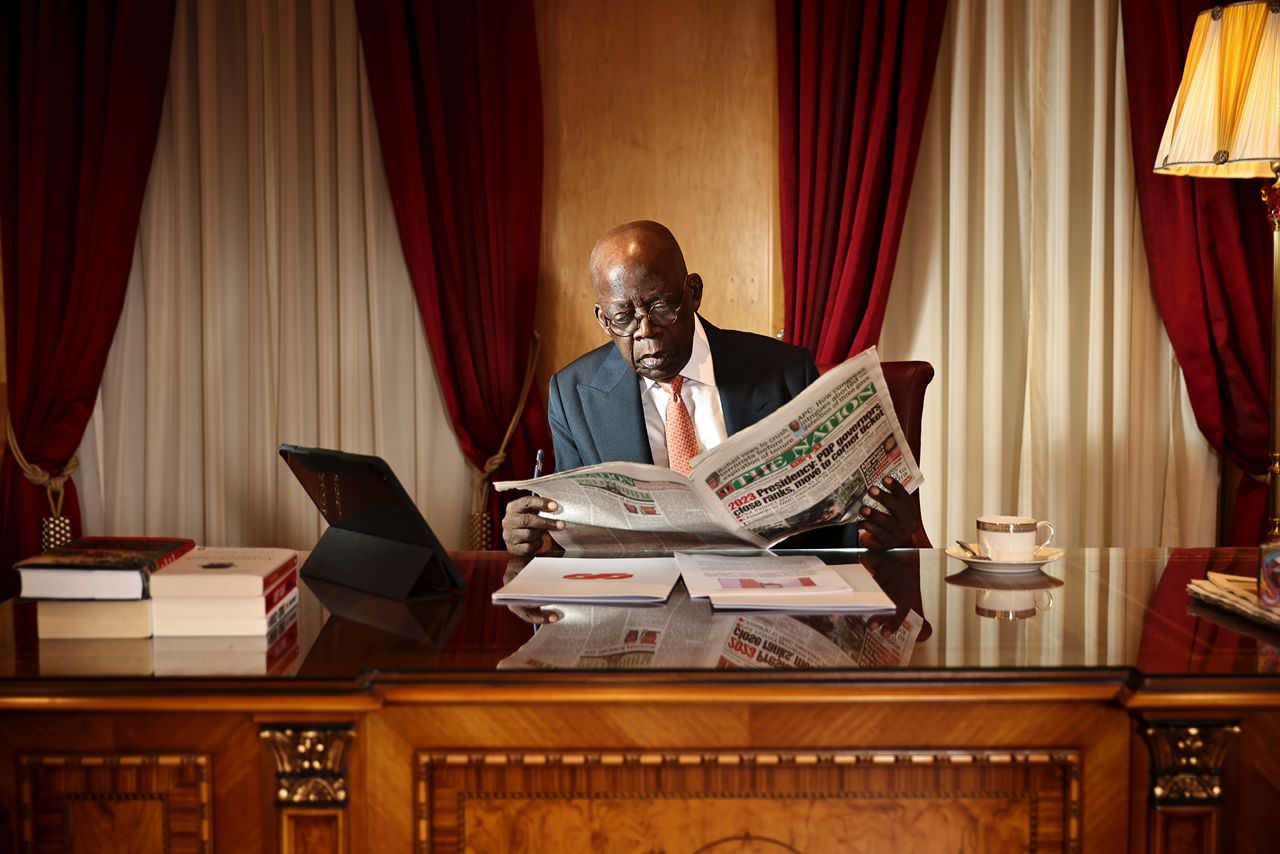 There have been different rumours about the health of Tinubu, who has been away from the country before the kick off of the campaign for the 2023 elections.

On Sunday, the ruling party’s presidential candidate released a proof of life video, where he was seen on a thread mill.

Despite the footage, critics of the APC insinuated that some things were hidden about the health condition of Tinubu.

However, in an apparent manner to clear doubt on his health condition, Tinubu released some pictures on Thursday morning.

In one of the pictures, he was seen reading an old copy of The Nation Newspaper.

It is unclear whether the picture was taken in January when the paper was published or in October when the Presidential Candidate has been convincing people about his health condition.

Below is the front cover of the Paper :