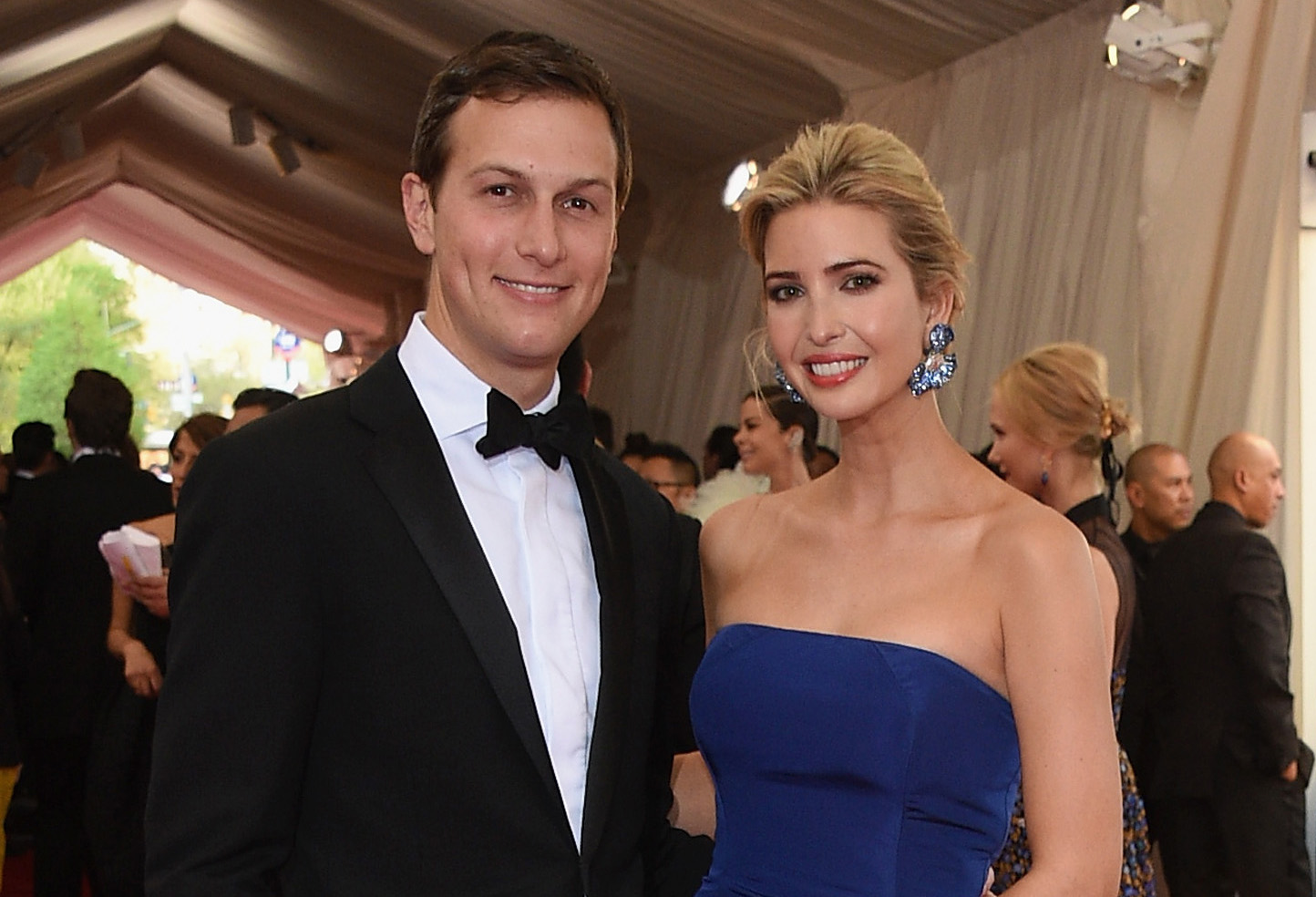 NEW YORK, NY - MAY 04: Jared Kushner and Ivanka Trump attend the "China: Through The Looking Glass" Costume Institute Benefit Gala at the Metropolitan Museum of Art on May 4, 2015 in New York City. (Photo by Larry Busacca/Getty Images)

The baby-faced real estate developer and magazine publisher who turns 36 on Tuesday, will be the youngest top member of the administration, working closely with chief of staff Reince Priebus and chief strategist Steve Bannon.

“Jared has been a tremendous asset and trusted advisor throughout the campaign and transition and I am proud to have him in a key leadership role in my administration,” announced the Republican president-elect.

The appointment was announced two days before Trump is set to give his first news conference since the November election, in which he will detail plans for his own company and potential conflicts of interest while in the White House.

Kushner, who is married to Trump’s eldest daughter Ivanka, was credited with masterminding a data-driven campaign that focused on message tailoring and harnessing social media to an unprecedented extent.

The transition said that Kushner, whom Forbes estimates is worth $1.8 billion with his parents and brother, will forego his salary while serving in the administration.

The announcement made no direct reference to nepotism laws or other potential conflicts of interest for which Kushner has hired a legal team.

A federal law, passed after then-president John F. Kennedy appointed his brother as attorney general, prohibits any president from hiring a relative.

Given Trump’s reliance on Kushner, advisors have already spent weeks saying there could be more leeway for a White House rather than a cabinet job.

But The New York Times at the weekend spotlighted what it called the “ethical thicket” that Kushner would have to navigate while advising his father-in-law on policy that could affect his business holdings.

Under his leadership, real estate group Kushner Companies has completed more than $14 billion in transactions and $7 billion in acquisitions since 2007, according to its website.

He and his brother co-founded an investment company. He is an active investor in technology companies and sits on the boards of several start-ups, as well as the left-leaning Democrat mayor of New York’s broadband taskforce.

Kushner’s lawyer said he would resign as CEO of Kushner Companies and “divest substantial assets in accordance with federal guidelines.”

“Mr Kushner is committed to complying with federal ethics laws and we have been consulting with the Office of Government Ethics regarding the steps he would take,” said Jamie Gorelick, a partner at firm WilmerHale and a former deputy attorney general under president Bill Clinton, in a statement.

Kushner, his wife and three children have also reportedly settled on a home in the same upscale Washington neighborhood where outgoing President Barack Obama will live as his youngest daughter finishes high school.

Fiercely loyal and discreet to a fault, Kushner has been a permanent fixture by his 70-year-old father-in-law’s side, proving himself one of Trump’s most trusted advisors despite his lack of political experience.

Such is his influence that transition officials told the Obama White House that foreign policy matters that need to be brought to the president-elect’s attention should be relayed through Kushner, the New York Times reported.

Trump told the Times in November that Kushner, an Orthodox Jew, was so talented that he could help “do peace in the Middle East.”

“Every president I’ve ever known has one or two people he intuitively and structurally trusts,” former secretary of state Henry Kissinger told Forbes late last year. “I think Jared might be that person,” he added.

In stark contrast to his father-in-law, Kushner shuns the limelight and rarely speaks to the media. But like Trump, he took over the family real estate business and shifted its focus to Manhattan.

A child of privilege, he grew up in a family of Democrat donors in New Jersey, before studying at Harvard and New York University.

He was still a student when fellow Trump aide Chris Christie, then a US attorney, jailed his father for tax evasion, witness tampering and illegal campaign contributions.

Kushner picked up the pieces and took up the reins of the family business. Ten years ago he also added The New York Observer lifestyle newspaper to his portfolio and revived its fortunes by taking it online.

So fierce is his loyalty that Kushner has repeatedly defended Trump against accusations of anti-Semitism, publishing an op-ed last July that referenced his Holocaust survivor family.