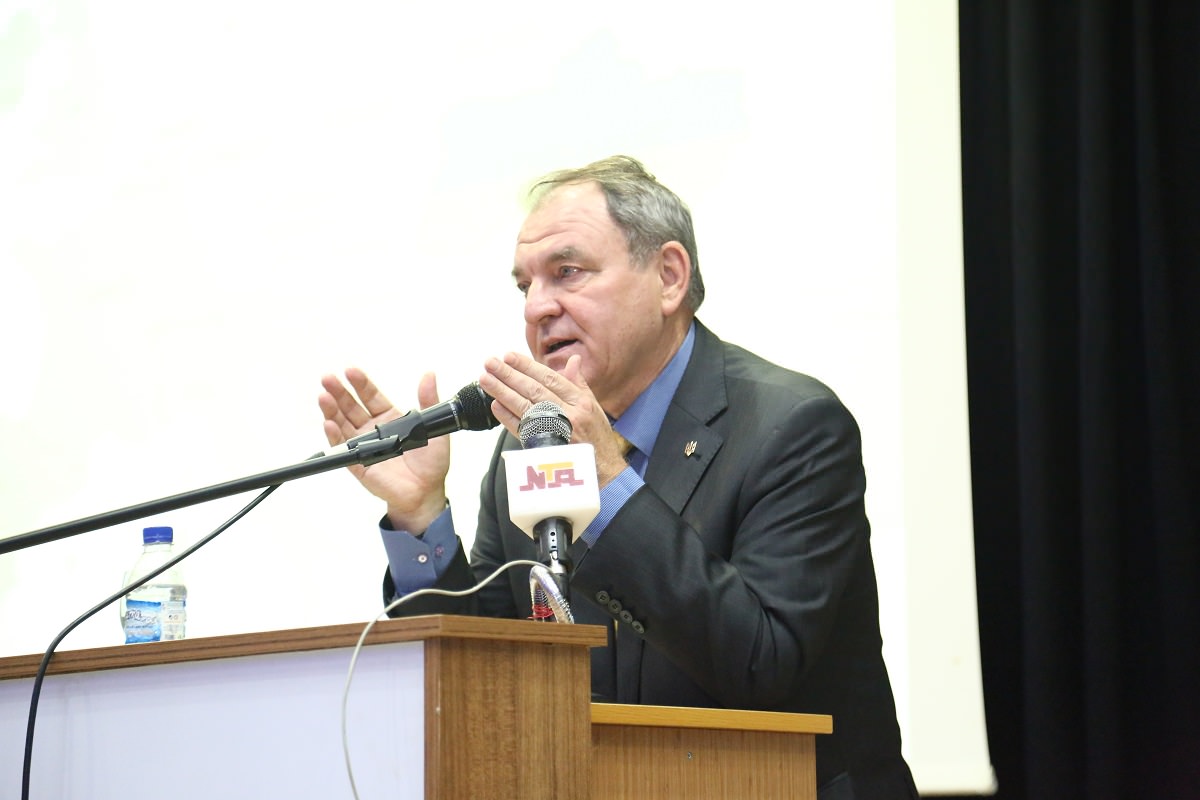 Ukraine Ambassador to Nigeria Dr Valerii Aleksandruk has appealed to the federal government to formally recognise ‘Holodomor’ (the man-made famine in Ukraine in which millions of Ukrainians were deliberately starved to death) as genocide against the Ukrainian people.

Alesandruk, who made the call in a statement in Abuja, also asked Nigeria to adopt “Holodomor” relevant resolution.

The envoy asked the National Assembly of Nigeria to pass a resolution, like many countries around the world, that will recognise the 1932 to 1933 Holodomor in Ukraine as a genocide against Ukrainians.

Alesandruk said that the entire world will on Saturday (today) join the Republic of Ukraine in commemorating ‘Holodomor’, a day set aside to remember the execution by hunger (communist genocide) in Ukraine.

He said: “Holodomor, which the Soviet Authorities carried out between 1932 and 1933 in Ukraine, is considered to be one of the most devastating events of the twentieth century.

“It was an artificial famine induced by the Communist regime in Ukraine, which resulted in genocide.

“Holodomor is a term used to describe death or murder inflicted by starvation. It comes from two Ukrainian words: holod, meaning starvation or famine, and moryty, to inflict death.

“Though, the Soviet Authorities concealed this act of genocide from the rest of the world for decades, the extent of death in Holodomor was revealed in archives in Moscow and Ukraine, after the collapse of the Soviet Union.”

He said Ukrainians in the West had long maintained that millions, especially children, died as the result of a state-organized famine in 1932 to 1933.

Alesandruk noted that beyond state-induced famine, which led to genocide, countless numbers of Ukrainians were executed by firing squads, deported to Siberia, or sent to the Gulag.

“Between 1922 and 1933, millions of Ukrainians perished after being besieged by Soviet troops who confiscated not only bread but anything edible from the Ukrainian households.

“In June of 1933, about 24 Ukrainians were dying every minute. Stalin’s design went much farther than simply suppressing protest movements.

“The tragedy of the Holodomor 1932 and 1933 in Ukraine for many decades was not just ignored but officially denied by the ruling elite of the USSR,” he said.

He noted that in 1998, the Decree of the President of Ukraine, however, established the Holodomor Victims Day and it is observed every year on the fourth Saturday of November.

“On this day, as soon as it gets dark, Ukrainians light candles in their windows in memory of all those killed by famine.

“In 2003, on the 70th Holodomor anniversary, the Verkhovna Rada of Ukraine in its Resolution recognized this crime as genocide against the Ukrainian people.

“The same year, the Senate and the House of Representatives of the United States Congress issued a Resolution recognizing the Holodomor in Ukraine as an act of terror and mass killing targeted against the Ukrainian nation.”

According to him, the Holodomor 1932 to 1933 in Ukraine was recognised as the genocide of the Ukrainian people at the parliamentary and regional level in Australia, Canada, Portugal.

“On Oct. 4, 2018, the U.S. Senate has unanimously passed a resolution, in which the Ukrainian Famine of 1932 to 1933 is recognized as genocide against the Ukrainian people.

“The resolution also condemns the systematic violations of human rights, including the freedom of self-determination and freedom of speech, of the Ukrainian people by the Soviet government.”

The resolution he said, extended its deepest sympathies to the victims, survivors of the famine, and their families.

He added that it also encouraged dissemination of information regarding the Holodomor of 1932 to 1933 in order to expand the world’s knowledge of what he described as a manmade tragedy.

According to him, the draft of a similar resolution was also approved by the Foreign Affairs Committee of the House of Representatives of the U.S. Congress and is currently awaiting consideration during a plenary session.

“We also ask the National Assembly of the Federal Republic Nigeria to recognise the Holodomor in Ukraine of 1932 to 1933 as the genocide against Ukrainian people and to adopt the relevant resolution,” he said.

In this article:Dr Valerii Aleksandruk, Republic of Ukraine, Ukraine Ambassador to Nigeria