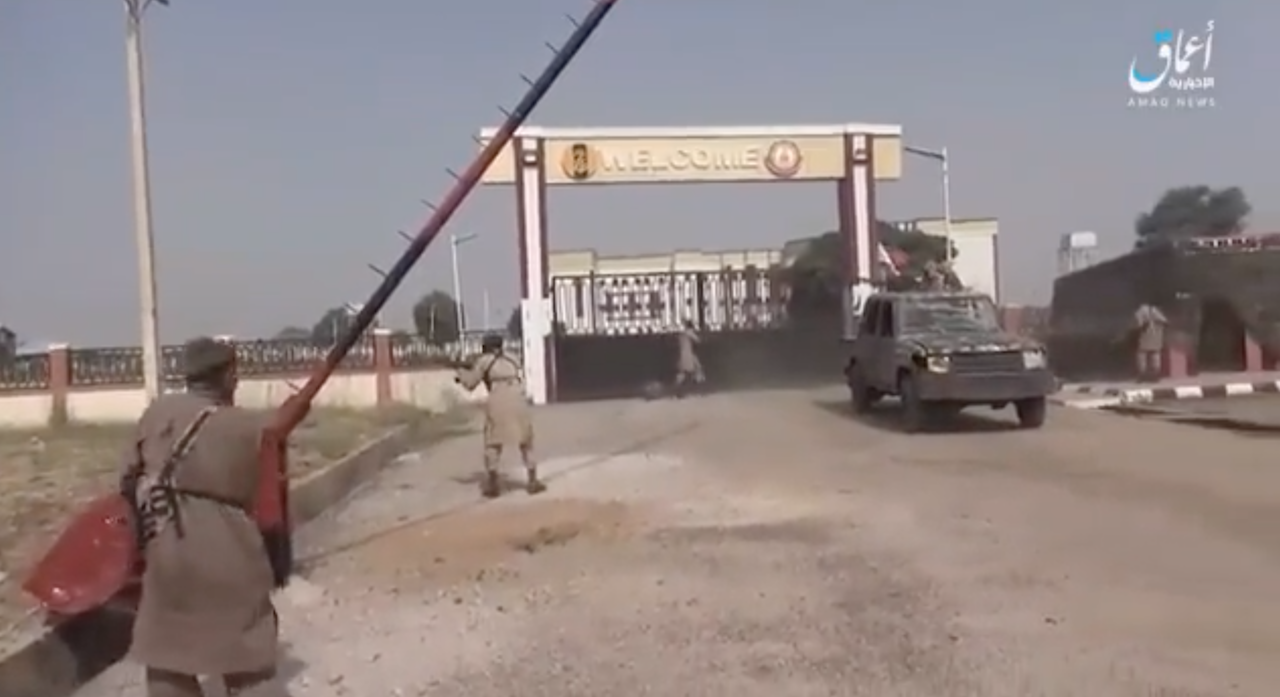 Buratai is the country home of the immediate past Chief of Army Staff and current Nigerian Ambassador to the Republic of Benin, Tukur Buratai.

In the video, the insurgents were seen firing in different directions, with no resistance from troops.

The insurgents also pulled down flags on the campus and torched some military vehicles on ground.

“Most residents have fled to Moringa, another town in Biu. The ISWAP came in large numbers shooting RPGs and anti-aircraft guns,” a security source said.

While reacting, the management of Army University Biu in a statement confirmed that two civilians lost their lives but that normalcy had since returned.

“The terrorists who came in .their numbers were met by superior firepower forcing them to retreat in disarray. Unfortunately, 2 civilian staff of the Institute paid the supreme price.

“Management wishes to commend troops for their gallantry during the attack and to commiserate with families of the fallen staff.

“Finally, management wishes to assure the general public that the Institute remains 100% operational as Security has been beefed up in the general area,” the statement said.

Insurgents have continued to attack both military and civilians in Borno and other parts of the North East.

Earlier in the week, Governor Babagana Zulum lamented how two local government areas in the state were under Boko Haram control.

Several Islamic State of the West African Province (ISWAP) terrorists, on Monday, met their waterloo in Damboa, Borno State, when Troops of 25 Task...