A faction of the All Progressives Congress in Kogi State has asked Governor Yaya Bello to tender his resignation or risk impeachment by the state’s House of Assembly over his alleged multiple registration for voter card.

Leaders of the party also threatened to mobilise the state’s House of Assembly for the governor’s impeachment if he failed to resign.

The Independent National Electoral Commission had accused Bello of registering twice for voter card in a breach of the provisions of the Electoral Act.

At a press conference in Abuja on Friday, the Chairman of the APC faction in Kogi, Hadi Ameto; and lawmaker representing Kogi-West Senatorial District, Senator Dino Melaye, strongly condemned the governor for the alleged act.

Melaye described the conference as “individual and collective reaction” to INEC’s announcement.

He said, “Yesterday, INEC made an official press release to say that Governor Yaya Bello of Kogi State registered in 2011 for his voter card in Wuse Zone 4 (Abuja) and on Tuesday, he did a second registration in the Government House in Lokoja (Kogi).

“INEC said this contravened the provisions of the Electoral Act and Governor Yaya Bello has committed a crime.

“INEC also said that the Government House in Lokoja was not a designated registration centre, meaning that either through corruption, cohesion or diabolical means, the governor must have taken INEC (officials) to the government house to do the ‘bojuboju’ registration inside his office.

“On this note, we are calling for the immediate resignation of the governor because someone awaiting trial cannot be representing the people of Kogi State as governor. But if the governor refuses to resign, we are going to mobilise our members in the House of Assembly to start an impeachment process against the governor because we have a valid point as expressed by INEC.”

Meanwhile, there are indications that INEC will embark on a massive shake-up in its Kogi State office following Bello’s alleged double registration.

It was learnt that some top aides to the governor may also be sanctioned for allegedly misleading the governor into re-register.

Ahead of the 2023 general elections, the European Union, EU, has sounded a note of warning to politicians against interfering in the activities of... 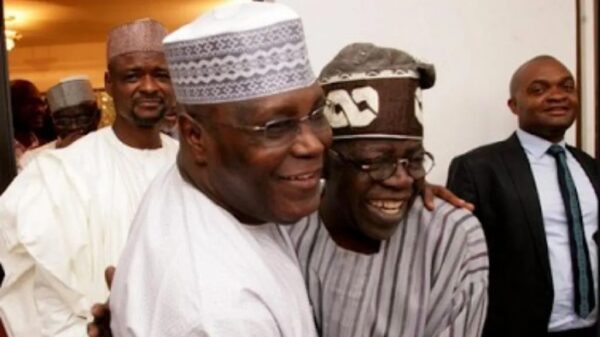