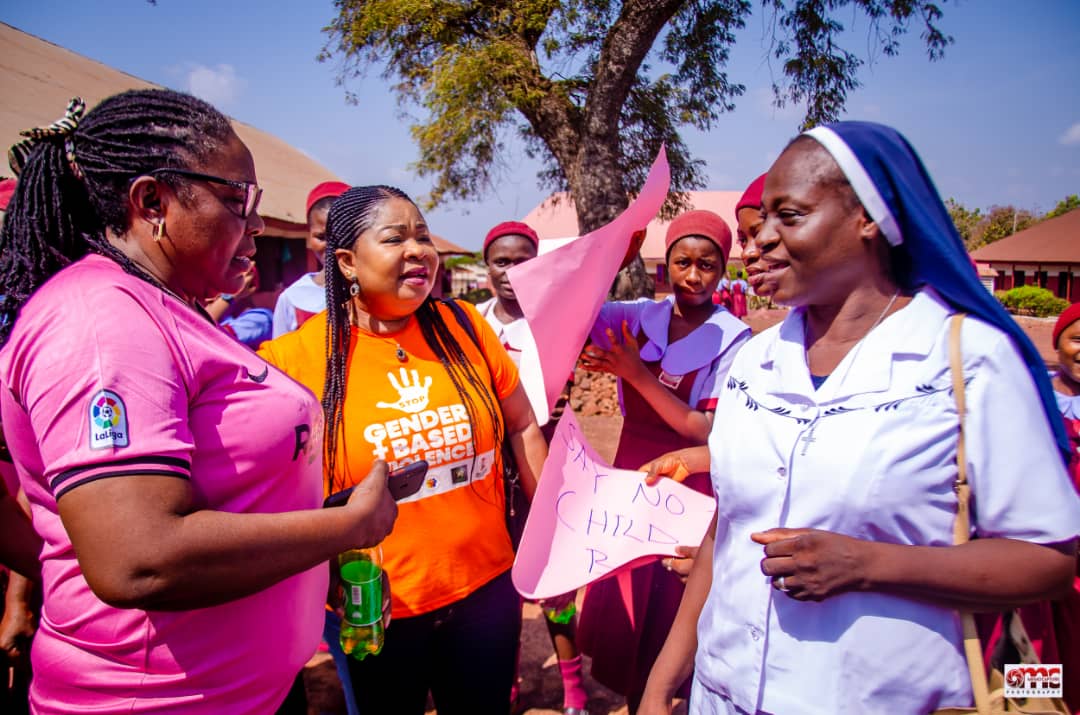 As the global campaign against Gender Based Violence (GBV) intensifies, Mrs. Zainab Alli, wife of the Executive Chairman of Otukpo Local Government, Rt. Hon. George Alli, on Friday 4th December 2020, flagged off the campaign in Otukpo.

This was according to a press statement signed by Desmond Oogwu , Special Adviser Media and Gender Affairs.

Also speaking to women and mothers, drawn mostly from the 13 wards of Otukpo Local Government Council at the Otukpo LG secretariat,   Mrs. Alli further said, “the fight against Gender Based Violence has become more necessary due to the increasing rate of violence against women and the girl child being urging mothers to speak up”.

She said, “As mothers and women, all of you seated here have either been victims of one violent crimes against women at one time or another or you know some someone who was a victim. I urge you all to speak up and liberate someone from hell on earth. Even house helps who are sometimes male or femaile, suffers abuses in different homes too”.

She said the media is replete with stories of gender based violence at home or in the streets and that the greatest weapon of the perpetrators is the silence of mothers. The Chairman’s wife also took the advocacy to St. Monica Girls Secondary where she told the students not to let anyone touch their sensitive body part, adding that should anybody touch them unnecessarily they should raise a cry.

Also, a girls child advocate and human Rights Activist, Mrs. Julie Ooja Okoh, narrated and gave vivid accounts of confrontations with rapists and child molesters as she decried the long and difficult process it takes in order to secure justice for victims against offenders.
“This battle must be fought and we will continue to fight until we win. Even if I die in the process, I don’t care. Another person will continue from where I stopped. Mothers, you have to speak up. Violence against women should never be tolerated as part of culture; it is not. Our mothers and the judiciary are our headache”, she lamented.

Also, another advocate, Mrs. Ene Lech, encouraged women and girls to develop themselves and should always report anybody, including their fathers to the appropriate authorities whenever someone behaves inappropriately around them.

The first Lady of Benue State, Dr Mrs. Eunice Ortom, ably represented by Mr. Tine Agenor, Coordinator, ESLF, in his address remarked that it not only women who suffers domestic violence. He said even men and boys suffer different forms of abuses too. He said people should make the comfort a place of comfort for both the male and the female child.

The Counselor Representing Ewulo ward at the Otukpo Legislative Assembly, also advised the students to take their studies seriously and and should never loose sight of their intended future. The Principal of St. Monica Secondary School, Rev. Sister. Grcae Adikwu thanked the guest for the visit to the school and pray God to grant the team safe trip back to their various destination.