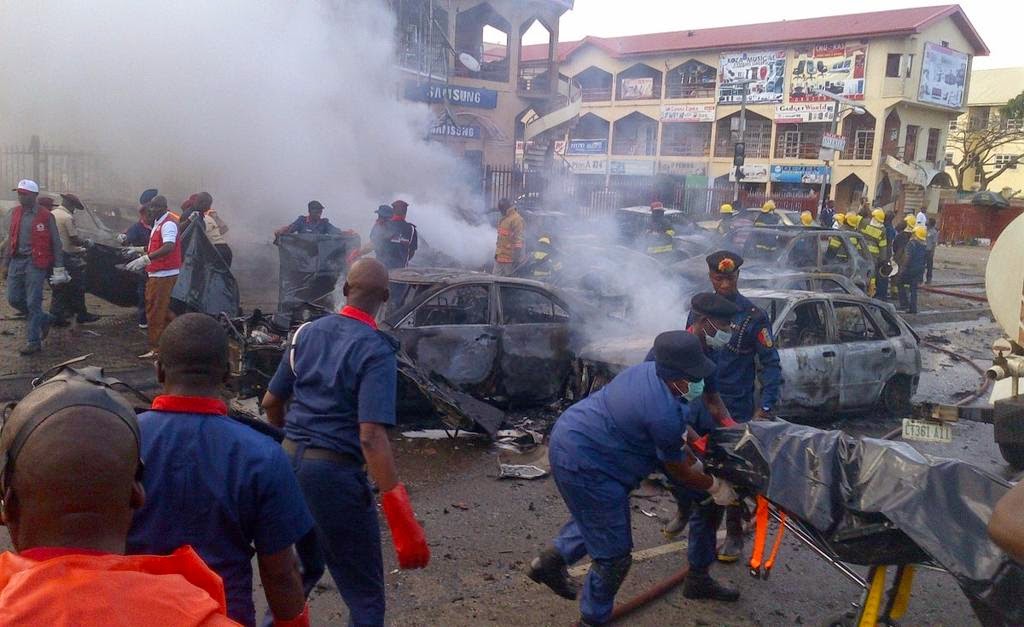 The Nigerian Army has confirmed the killing of 14 persons, including four suicide bombers, in a bomb explosion at Sajeri area of Maiduguri in Borno.

The acting Army spokesman, Col. Sani Usman, confirmed the incident in a statement made available to the News Agency of Nigeria (NAN) in Abuja on Friday.

Usman said that 39 other persons were injured in the explosion which occurred near the Ajilari railway crossing on Thursday evening.

According to the statement, security operatives and emergency management team have been mobilised to take care of the wounded persons.

“Although details of the attack are still sketchy, suffice it to state that four Boko Haram terrorists detonated their vests simultaneously.

“Three of the terrorists detonated their bombs in the same area while the fourth detonated in front of a mosque.

“It has been confirmed that 14 people have lost their lives, including the suicide bombers while 39 others were wounded,’’ the statement said.

Usman appealed to residents of the metropolis, especially those in the affected areas, to remain calm and continue to be vigilant as security operatives were in control of the situation.

He assured the public that Boko Haram had been decimated and therefore had no capacity to reverse the progress already made in the ongoing counter-insurgency operations.

In a related development, the Army announced that 80 Boko Haram fighters on Thursday surrendered to troops of the Army 7 Division in Bama Local Government Area of Borno.

It said that the terrorists surrendered as a result of the intense heat put on them by joint forces operating in different theaters in the North-East.

“The terrorists among whom were commanders, suppliers and foot soldiers confirmed to have taken part in several terrorists attacks especially on Bama town, Borno, surrendered,’’ the statement said.

The army attributed its success to intense heat and the continuous offensive embarked upon by troops.

“It will be recalled that we have repeatedly stated that surrender is the only option available to the insurgents.

‘’The Nigerian Army and Nigerian Air Force, in conjunction with other security agencies, are totally committed to the achievement of the 3-month Presidential deadline for the eradication of terrorism in Nigeria.

‘’Other terrorists are encouraged to also surrender or face total annihilation, as the new name of the operation states ‘achievement of total peace is a must’,’’ it said.