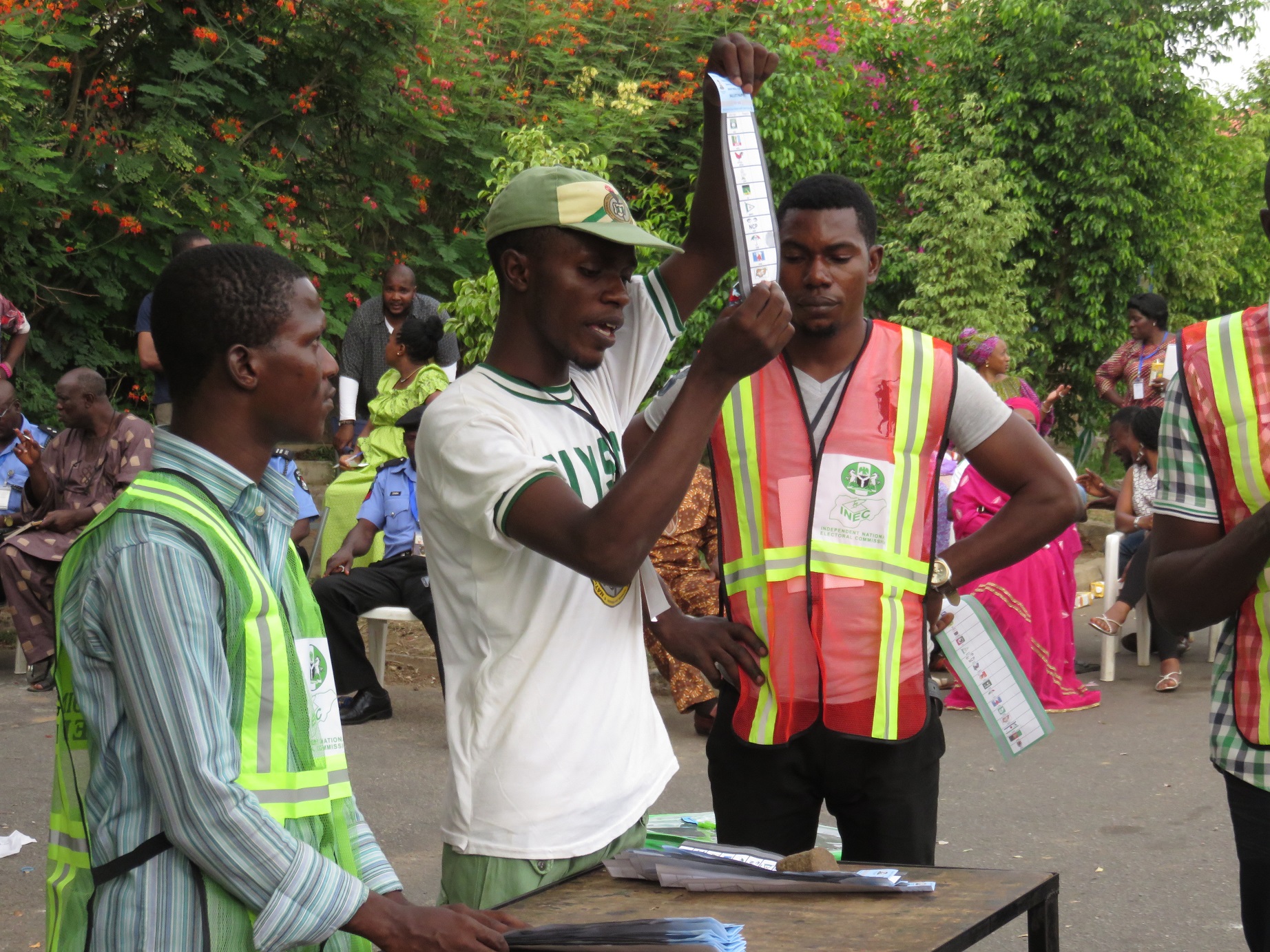 The Coalition of Civil Society Groups on Human Rights and Conflict Resolution said it has unraveled a plot by the Human Rights Writers Association of Nigeria (HURIWA) to incite violence in Nigeria over the outcome of the 2019 general election.

The coalition said HURIWA was only being used by some selfish politicians to cause anarchy in the country.

The group made this revelation in a supplementary report on the February 23, 2019, presidential/national assembly elections.

Maxwell Gowon, the Executive Director of the group, who presented the report on behalf of the group, said HURIWA, was attempting to use the outcome of the poll to reopen old ethnic crises that have no bearing with the matter under

The Coalition of Civil Society Groups on Human Rights and Conflict Resolution had in the aftermath of February 23, 2019, Presidential and National Assembly (Senatorial/House of Representatives) Elections issued a report on the security situation during the elections. That report found that the security and military did a good job in ensuring that the security situation did not significantly degenerate in spite of the threat of violence that preceded the election.

The Coalition has further reviewed the prevailing situation in the aftermath of the declaration of the results for the elections. The findings are alarming as there are indications that some candidates that lost have been inciting their supporters to cause security breaches in their respective constituencies.
Below are the findings from a Post-Result Announcement Assessment carried out by the Coalition:

Candidates that lost in the elections have been publishing audio, pictures, and videos to prove that there were incidences of vote tampering, intimidation of voters, destruction of the ballot and other incidents that could be interpreted as capable of undermining the integrity of the polls. However, when extrapolated for geotagging it was found that these incidences were not localized to a specific part of the country. Further analysis of the multimedia content showed an even spread between the APC and PDP in terms of what political is being accused of responsibility for the infractions, which implies that neither party gained any advantage above the other from engaging in these acts.

Several groups have issued statements that are aimed at undermining the credibility of the elections. These groups are affiliated with the PDP and its presidential candidate, Alhaji Atiku Abubakar. Their statement or stated position on the election results are exact replicas of PDP’s and Atiku’s statements rejecting the Presidential Election Results. This aligns with the warning earlier issued by some groups that people are being mobilized to reject and discredit the election results irrespective of the degree of transparency attained by the Independent National Electoral Commission (INEC)

There have been several pockets of violence in several parts of the country. Like the multimedia detailing infractions, these were also spread across geopolitical zones and involved supporters across political lines.

The Human Rights Writers Association of Nigeria (HURIWA) is one of the groups that has openly identified as a recruit in the plot to use the election result to incite violence. HURIWA issued a statement with which it intended to create the impression of ethnic persecution with the election result. While it is on record that the main contenders in the presidential election are of the same ethnic stock, HURIWA, is attempting to use the outcome of the poll to reopen old ethnic crises that have no bearing with the matter under discussion.

Alhaji Atiku Abubakar of the PDP has reportedly made demands on the National Peace Committee (NPC). He is yet to deny or refute reports that he made these demands. What is worrisome about these demands is that they are underpinned by an inferred threat of violence, which his supporters are already mobilizing for. It is noteworthy that one of the demands is for the military not to have any role in the states’ elections due on March 9, which is an invitation to anarchy because the military played a critical role in discouraging intending ballot box snatchers.

The threats of violence by PDP members are getting validation from some of their foreign partners that are issuing compromised reports about the elections. Atiku and the PDP are citing these questionable reports as the basis for their supporters to reject the results, which these supporters have interpreted as a call to violent protests, even though Atiku had sought to insulate himself from liability by tepidly asking them to remain calm while stoking negative emotions in them with his assertions.

The conduct of the elections might have been largely peaceful but a combined interplay of the situations we have identified present a tense outlook for security in the country especially since states’ elections are holding in a matter of days. There is a credible threat of violence arising from PDP supporters who are being primed to attack others by a group like HURIWA.

It is imperative that necessary actions are taken to identify areas where party supporters are likely to attempt unleashing violence and necessary steps taken to prevent this from happening since it will compromise March 9 elections.

Politicians, especially Atiku Abubakar and his party should be prevailed upon to desist from making utterances that could be interpreted by their supporters to imply a directive for them to attack those in other political parties.
The National Peace Committee must rise up to the task of holding signatories to the peace accord accountable to maintaining the peace while also cautioning groups that may be acting as proxies to incite or carry out violence on behalf of signatories.

A former Minister of Education, Dr. Oby Ezekwesili, has asked the presidential candidate of the Peoples Democratic Party (PDP), Atiku Abubakar, to desist from...