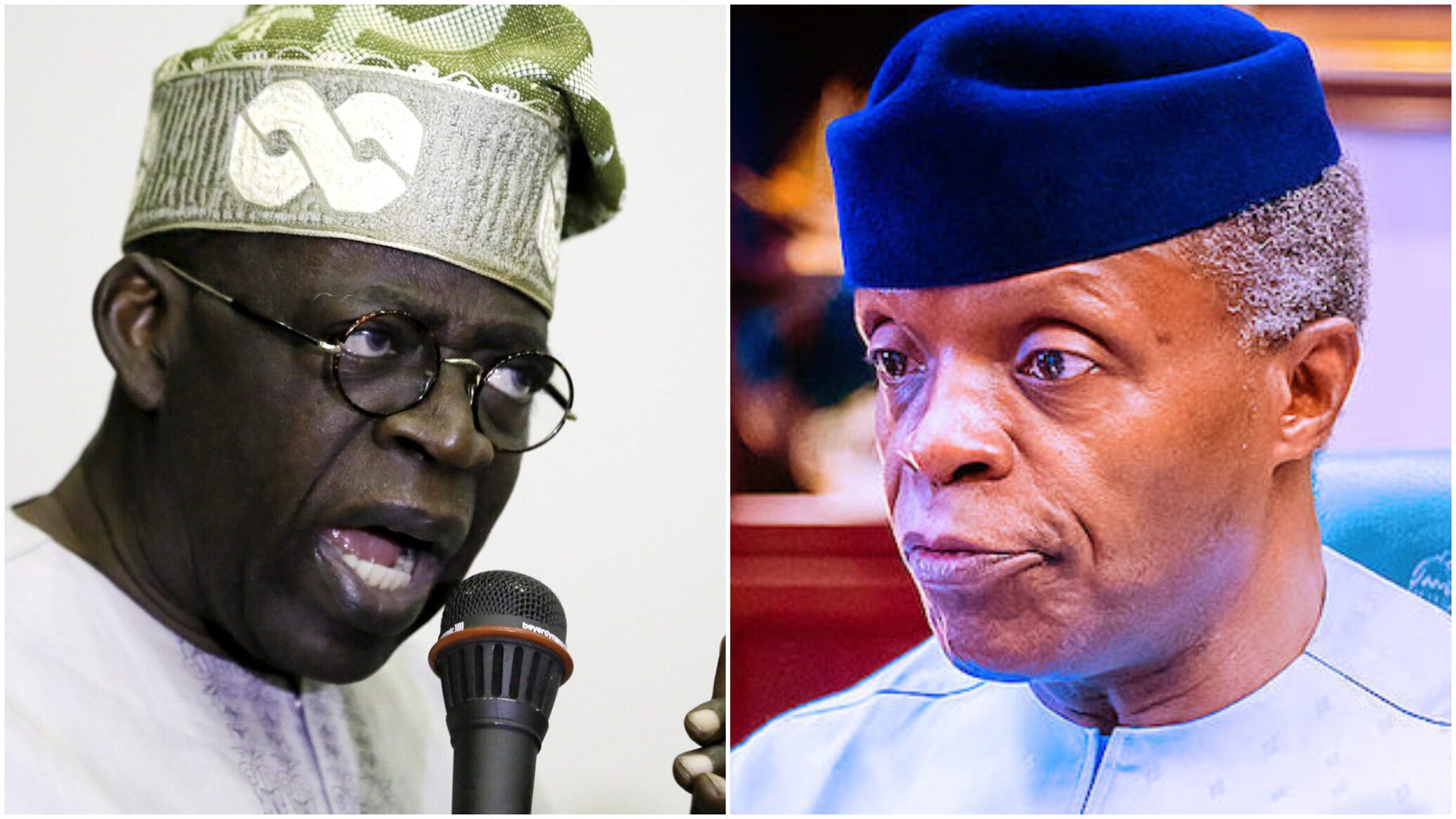 A pro-All Progressives Congress (APC) group, the Progressive Consolidation Group (PCG), has said the Vice-President, Prof. Yemi Osinbajo is a better and sellable candidate for the ruling party than its former Lagos Governor, Ahmed Bola Tinubu for the 2023 presidential election.

Addressing journalists in Katsina yesterday, the National Chairman of the PCG, Dr. Aliyu Rabiu Kurfi, described the vice president as a, “dependable, transparent, competent and passionate Nigerian,” who cares about the ordinary man and the youths.

According to him, “Nigerians want somebody who will be able to deliver the dividends of democracy and they don’t care whether that person was a son, daughter or grandfather of any other person related.

“Those who are craving for the vice president to come up have their cogent reasons for doing so. And I believe they are passionate about it and they have been able to compare for instance the personality trend and capacity of the two (Osinbajo and Tinubu) and the ability of each one of them to relate with Nigerians.

“I believe most of us who are doing so are really passionate about it and that he is capable and competent. Yes, Osinbajo is a sellable and better candidate for APC than Tinubu in 2023.”

The leader of the group further described Osinbajo as the only candidate that knows the country, adding that he has the acceptance of all Nigerians regardless of tribal and religious affiliations.