5 Years After Office, Jonathan Listed as President on Website of Nigerian Embassy in China

Despite Nigeria’s strong ties with China, Nigeria’s embassy website in China meant for information source and consular services is replete with outdated information.

The Guardian reports that the embassy website still lists former President Goodluck Jonathan as Nigerian leader after five years after he was voted out of the office, a development also confirmed by SIGNAL on Friday. Also, Aminu Wali still appears as Minister of Foreign Affairs. He occupied that position between 2014 and 2015. 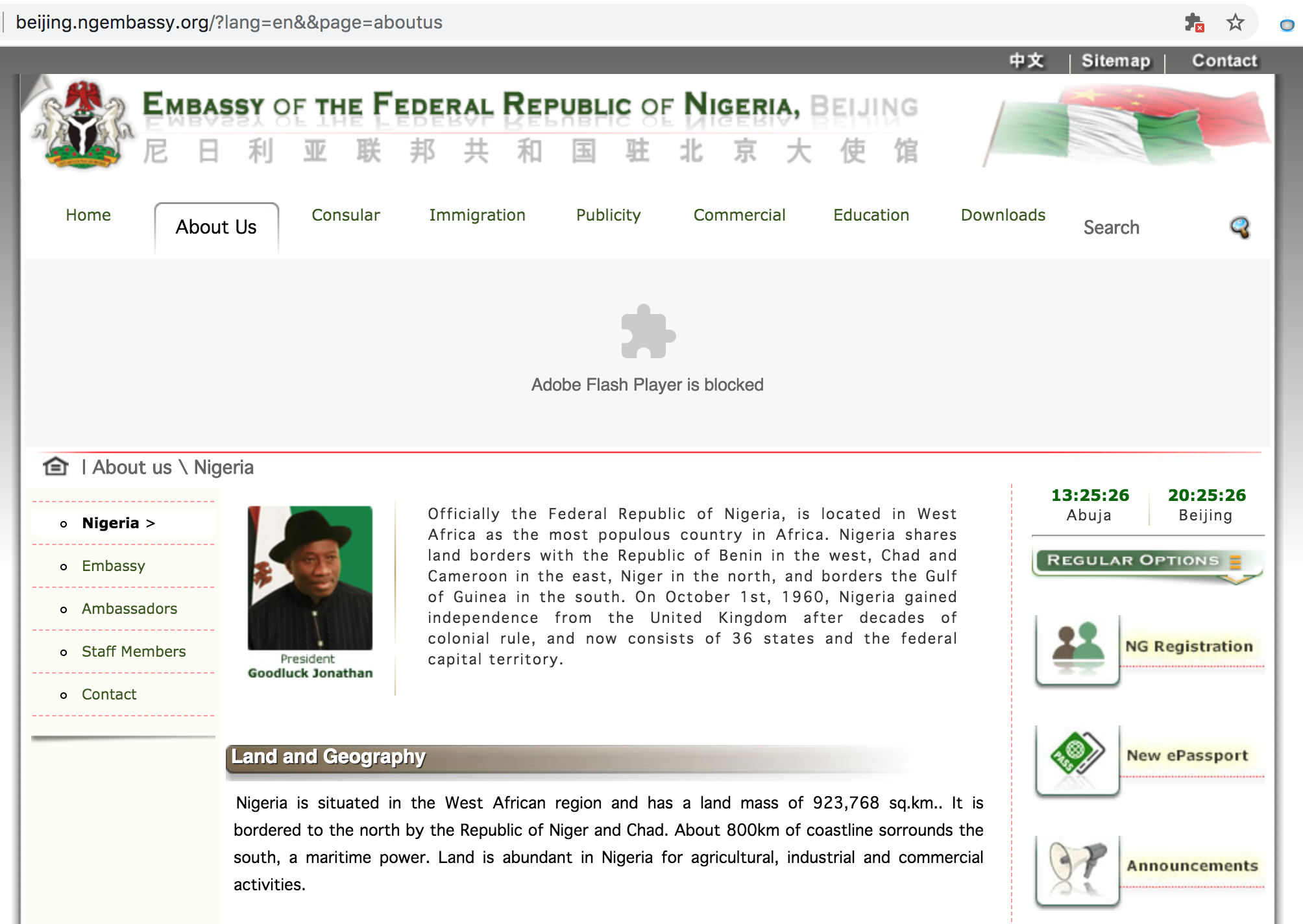 This is despite the fact Nigeria’s civilian dictator Muhammadu Buhari has visited the Asian country twice since he emerged as the president since 2015.

Although the embassy was without an ambassador for more than three years, Buhari in August 2017 appointed Ambassador Baba Ahmad Jidda, OFR, as the head of the embassy.

Three years after his appointment, Jidda’s name is conspicuously missing. A search of the website did not return any result for him.

With very old updates on the website, it is unsurprising that Jidda nor his office has not made any public announcement or release a press statement since the outbreak of the novel coronavirus to Nigerians in China.

The Nigerian Government has not made a comment on the embarassing development.