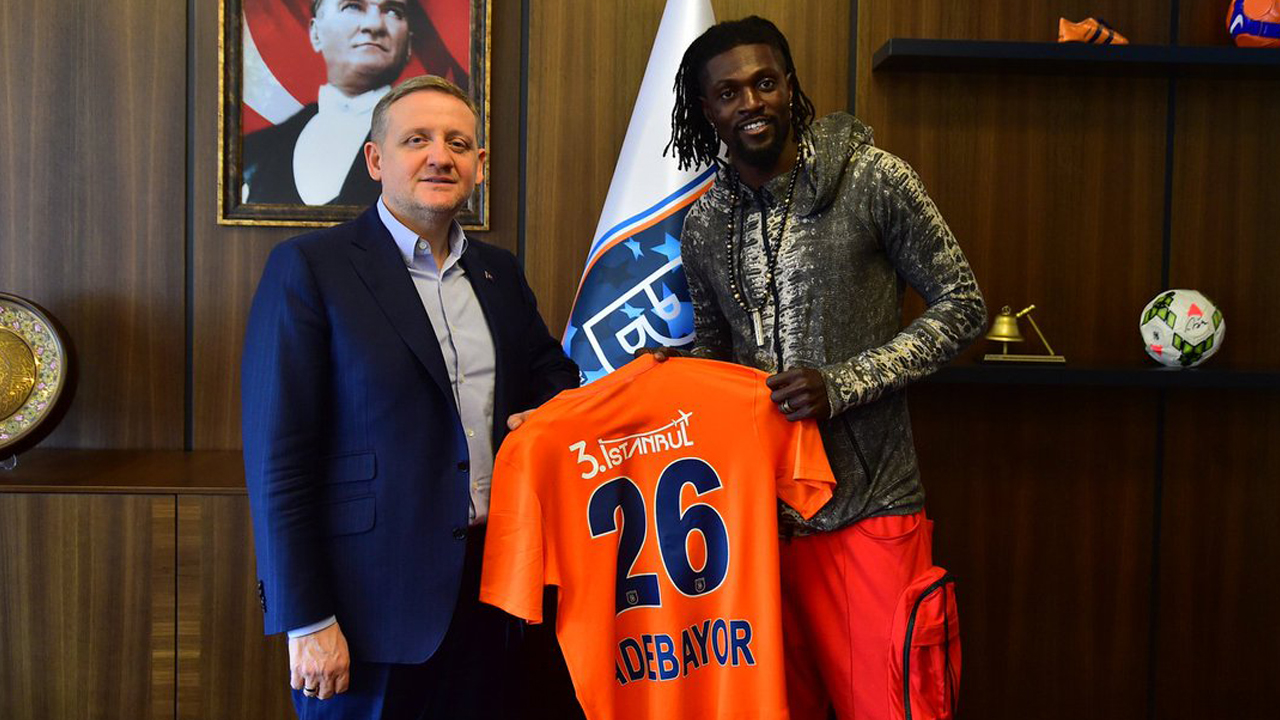 The club announced that the 32-year-old former Arsenal, Manchester City, Real Madrid and Tottenham Hotspur forward was joining on its official Instagram page, posting a picture of the player undergoing a medical.

Club chairman Mustafa Seral told the Anadolu news agency that Adebayor was arriving on a one and a half year contract and would make a “major contribution”.

Financial details have yet to be disclosed.

The player has been without a club since leaving Crystal Palace at the end of last season. But he skippered Togo at the Africa Cup of Nations in Gabon this month where the country exited at the group stage.

Adebayor, who spent most of the past decade in England, had previously hinted that he could push for a move back to the Premier League.

Formerly known as Istanbul Buyuksehir Belediyesi Spor (IBB), the club changed their name in 2014 to Basaksehir and have seen a major surge in fortunes.

They are proving a worthy rival to the traditional dominant Istanbul trio of Galatasaray, Besiktas and Fenerbahce and have led the Turkish Super Lig for much of this season.

After the latest round of games, they are now in second place, two points behind leaders Besiktas, and remain in contention for a first ever Super Lig title.

In this article:Emmanuel Adebayor, Medipol Basaksehir