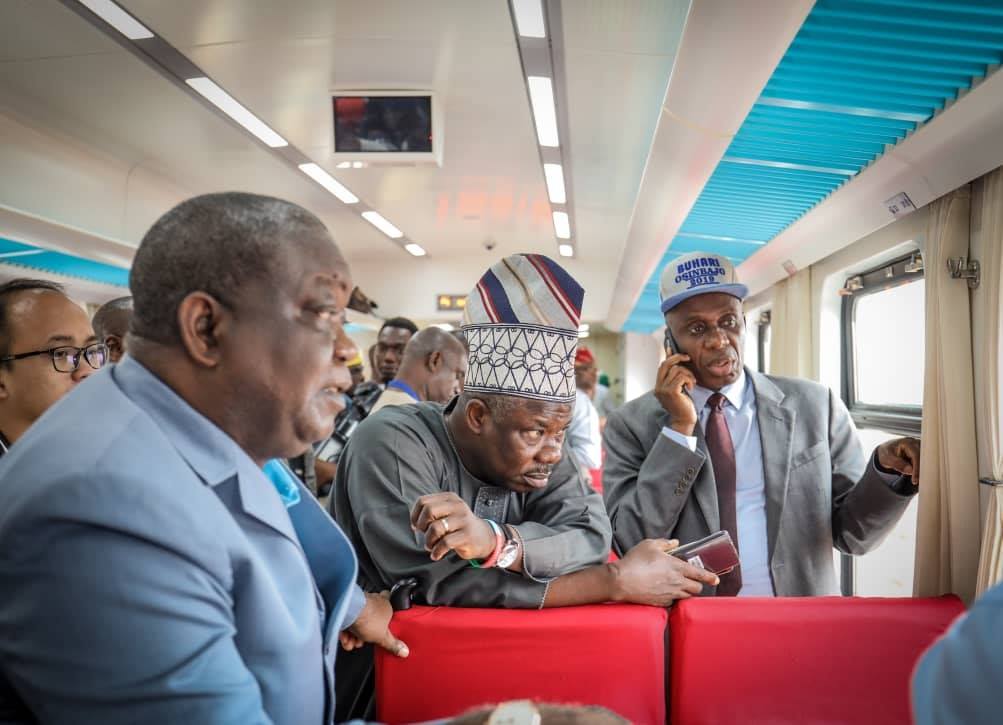 Ibikunle Amosun, governor of Ogun state, says Kemi Adeosun, former minister of finance, played a significant role in the execution of the Lagos-Ibadan railway, which was tested on Friday.

Speaking on the train, during the test from Iju, Lagos, to the Ogun state capital, Abeokuta, Amosun said he knows for a fact that Adeosun and her ministry played an active part in seeing the project succeed.

“Congratulations to Nigerians, and well done to President Muhammadu Buhari, and well done to the honourable minister of transport, and those in the finance ministry, because I know for a fact that the former minister Kemi Adeosun played very significant role in what we are seeing today,” Amosun said.

“This will spur development, it would improve our socio-economic development. Imagine the quantum of goods, cargo that would be moved within cities, between the north and the south.

“Imagine the turnaround that will be happening to our industries and factories; imagine moving cargo from Lagos to Kano that takes maybe weeks, will take probably maximum of a day now.”

Speaking on the impact the railway revival will drive in Nigeria, Amosun said it would employ Nigerians and remove the problem of terrific traffic.

“Imagine the convenience that people that now use the train system; just yesterday, there was an accident on the road, 15 – 18 hours. Imagine the numbers. You will need about a thousand vehicles to carry the same number that we are carrying now.

“It is endless; look at the safety, look at the security implications of what we are doing today. Terrific traffic will be removed, look at the number of people that this employs.

“Look at the development this would spur anywhere the train passes; by the time you get to the station, you would see people taking advantage of the location of those stations to turn into a megacity.”

The federal government is currently running non-commercial (free) rail transport from Lagos to Abeokuta for about one to three months. 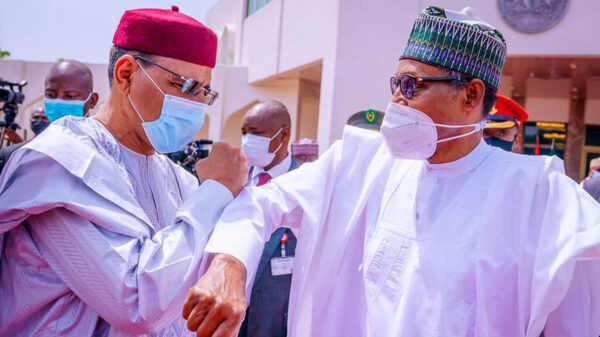