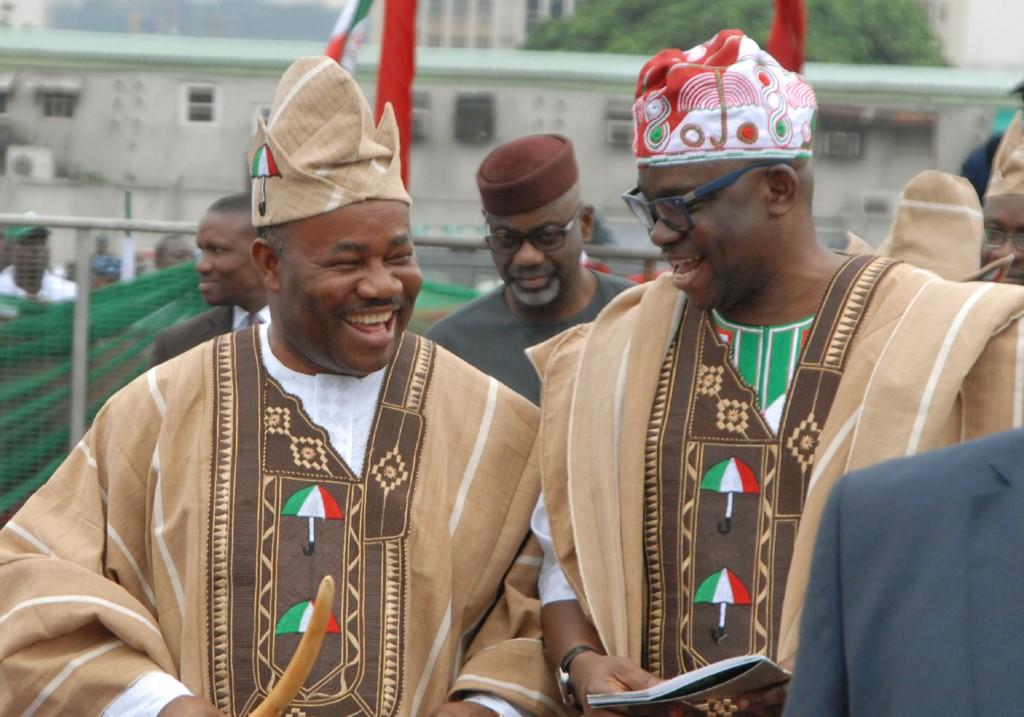 Former Governor of Akwa Ibom State and Senate Minority Leader, Senator Godswill Akpabio has debunked as “completely false”, claims by a former Minister of State for FCT, Mr. Udoedehe that the former governor doled out cash gifts of N3 million each to PDP caucus members during PDP meetings.

Akpabio in a telephone interview with SIGNAL on Monday disclaimed the report describing the allegations as mere hallucinations.

“We don’t have such money in Akwa-Ibom State. The man is hallucinating. It has never happened in eight years in Akwa-Ibom that we will be throwing money around like that. It is totally false and it is unheard of. Please confirm from the state chairman of PDP. He can confirm to you whether this is true or not. How can anyone say that? The man is hallucinating”, Akpabio told SIGNAL.

Mr. Udoedehe, a former Minister of State for FCT has said caucus members of the Peoples Democratic Party, PDP, were given at least N3 million each by former Governor of Akwa-Ibom State, Godswill Akpabio as “transport”, every night they met to discuss the party’s affairs according to a report on Monday by online newspaper Premium Times.