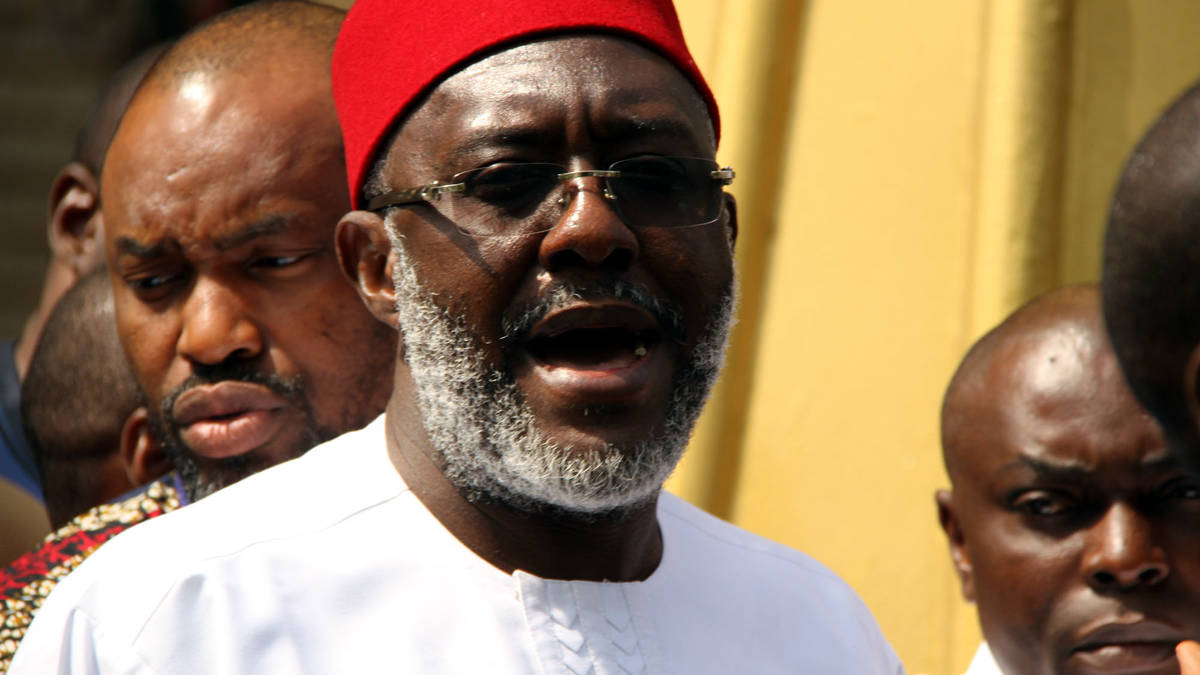 In a statement he personally signed on Monday, Metuh said the press statement from the Nigeria Army and that of the Nigeria police in their attempts to rationalize the violence show evidential wrongs against the people by the security team.

“First, there is no such thing as ‘show of force’ in a peaceful part of our country. It is a provocative taunt and insult thrown at the face of the elected, appointed and anointed leaders as well as the people themselves.

“When you taunt and mock a people because you control instruments of brute force, yes, you can arrest, humiliate, handcuff, maim, imprison or even shoot and kill them at will, but then, you cannot kill the spirit of their struggle and resistance. Provocative and brute show of force does not hold the answers.

“Moreover, we are in a democracy and actions as these are at complete variance with the tenets and credentials of a democratic state. The security forces should not under any guise whatsoever be used or allow themselves to be seen as being used as political weapon on a people.

“The military high command should therefore not stretch the nation to the limits. It should forthwith withdraw soldiers from the streets, except if truly the intention is to intimidate the people.  On our own part, we will continue to advice our people to remain peaceful and continue to be law-abiding at all times”, Metuh said.