Dozens of gunmen on motorcycles on Thursday stormed a military post in the remote village of Sunke in Zamfara state and opened fire, the sources said.

“Investigations are ongoing to unravel what really happened,” said the officer, who asked not to be identified.

Residents said the bandits attacked the troops to avenge the killing of their comrades after the military raided their camps in a nearby forest.

The incident happened despite an existing truce between the gangs and the regional government, they said.

Sunke, which lies 140 kilometres (85 miles) from the regional capital Gusau, is a notorious enclave for armed gangs who are camped out in the surrounding forest.

Local resident Bube Mani said the attack was the first by bandits in the area in two months since the ceasefire began.

For several years, rural communities in the agrarian state have faced repeated attacks from cattle rustlers who have looted villages, burned homes and killed residents.

Villagers have formed vigilante groups which have also been accused of extra-judicial killings.

In July, authorities in Zamfara struck a peace deal with bandits to end the violence and surrender their weapons in exchange for amnesty.

The deal is being replicated in nearby Katsina state where the government has initiated talks with the bandits to stop their attacks.

The gangs are known to have bases dotting Rugu forest which straddles Zamfara, Katsina, Kaduna and Niger states in northwest Nigeria.

In this article:Nigeria, Soldiers, Zamfara 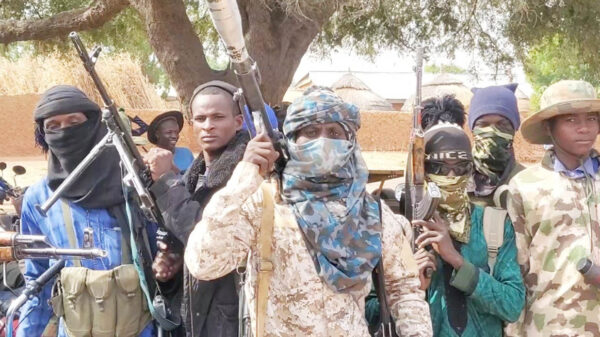