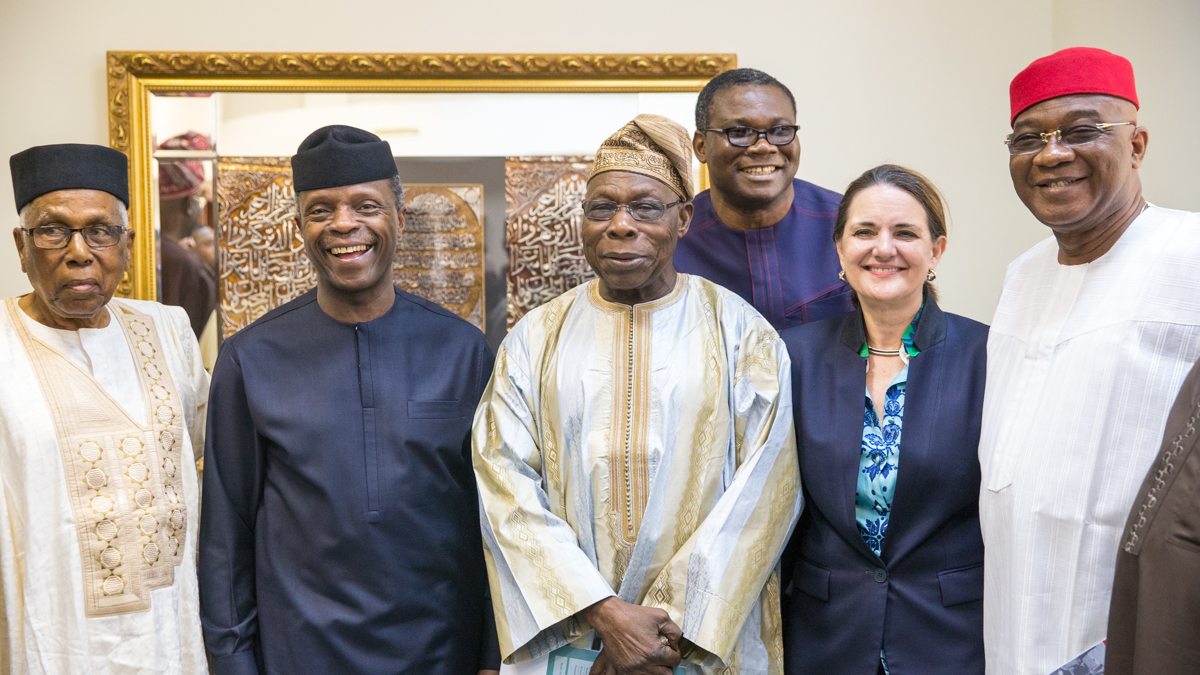 Former President Olusegun Obasanjo has said that it was not the intention of the Federal Government of Nigeria to wipe out Igbos during the civil war.

Obasanjo was speaking at an event tagged, ‘Memory and Nation Building: Biafra 50 Years Later’, which held in Abuja on Thursday.

The event was held to mark 50 years of the declaration of an independent state of Biafra by the late Dim Chukwuemeka Ojukwu on May 30, 1967.

Obasanjo was the Commander, Third Marine Commando Division during the war.

He was the military officer who accepted the surrender of Biafran forces led by Philip Effiong on January 12, 1970, after three years of war.

He said everything that the federal troops did was in a bid to unite the country.

Obasanjo added, “We had in our pocket the Geneva convention to guide us. In addition to that, we had a special code of conduct. Third, we had foreign observers. We had people who were like umpires.

“If it was a war to exterminate and we had no reconciliation in mind, what would foreign observers be doing? The foreign observers reported periodically and even had powers to investigate any allegation and they did.

“As one of the commanders in the field, I have said it before and I say it again. Civil war is more difficult than fighting in a foreign land.

“In a foreign land, you fight to exterminate and destroy but in civil war, you fight to unite and when you’re fighting to unite, how much do you have to do to prevent destruction and alienation.”