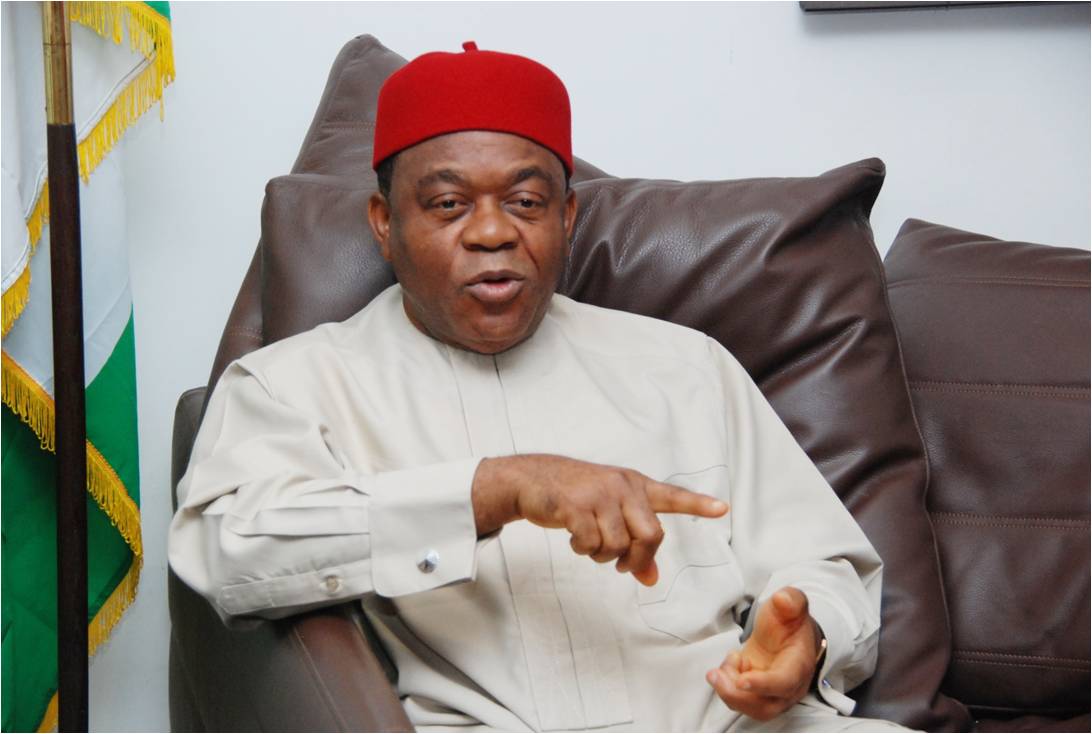 The ex- governor, who has been on the commission’s watch list, was intercepted at about 10 am this morning and brought to the headquarters of the EFCC at Jabi, Abuja, for continuation of his interrogation.

Orji is presently being quizzed alongside his son, Chinedu, who is the Speaker of the Abia State House of Assembly.

Chinedu turned himself in this afternoon upon learning of the arrest of his father.

Senator Orji and his sons, Chinedu and Ogbonna, are under investigation by the EFCC for alleged misappropriation of public funds and money laundering to the tune of N551 billion.

The ex- governor was alleged to have embezzled the N500 million monthly security vote he received for eight years as governor of Abia state between 2007 and 2015.

Other issues relate to the alleged mismanagement of N2bn Ecological Fund and conversion of Sure-P funds.