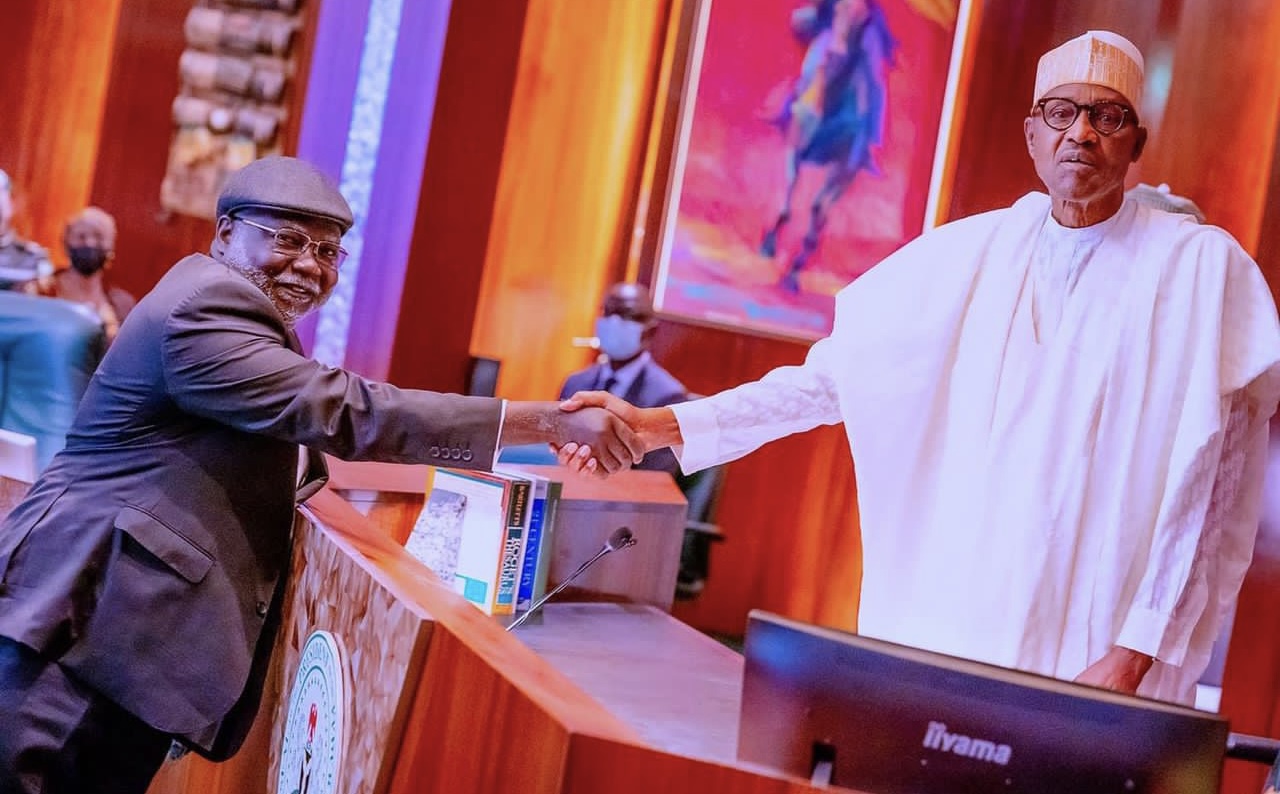 President Muhammadu Buhari has forwarded the name of the acting Chief Justice of Nigeria (CJN), Justice Olukayode Ariwoola, to the Senate for confirmation of his appointment.

His request for the confirmation of the appointment of Justice Ariwoola as CJN was contained in a letter that was read on the floor of the Senate during Tuesday’s plenary session at the National Assembly in Abuja.

According to the executive communication, the President is asking the lawmakers in the upper chamber to speedily confirm the appointment.

Similarly, the President forwarded the names of five nominees to the Senate for confirmation of appointment as non-executive directors of the board of the Central Bank of Nigeria (CBN).

Five of the REC nominees are for renewal of appointments while 14 are for fresh appointments.

While taking the judicial oath, he swore to be faithful and bear true allegiance to the Federal Government of Nigeria, as well as defend the Constitution of the Federal Republic of Nigeria.

Justice Muhammad, on his part, resigned as the CJN on the eve of Justice Ariwoola’s inauguration, citing ill-health as the reason for his decision.

Until his resignation, according to reports, the immediate past CJN was seriously ill. His resignation came barely a week after 14 justices of the Supreme Court wrote to him to lament the dilapidated state of affairs in the apex court.

In the leaked letter, the justices alleged that Justice Muhammad failed to address the issues raised despite drawing his attention to them.

They had complained of a lack of residential accommodation and vehicles at the court, alleging that the former CJN was gallivanting with his ‘spouse, children and personal staff’ while not allowing them to travel with an assistant on foreign trips.

But these allegations were denied by an aide to the former CJN.