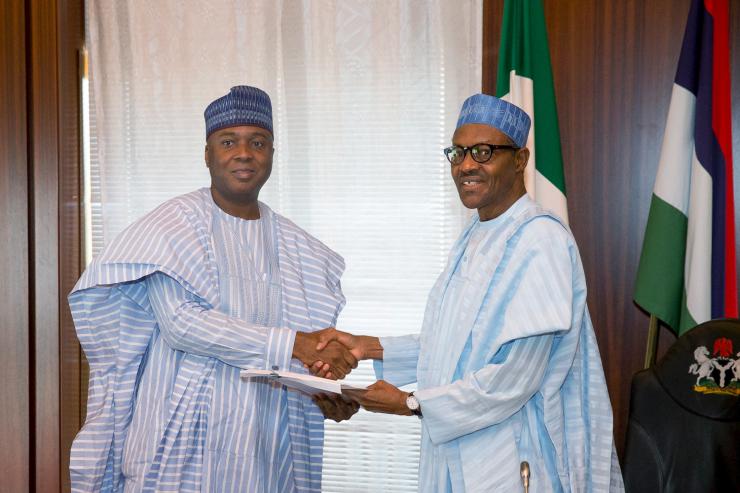 President Muhammadu Buhari is set to present the 2016 Appropriation Bill to the joint session of the National Assembly comprising the Senate and the House of Representatives today, even as there were strong  indications, yesterday, that the lawmakers are ready to ensure speedy passage of the bill.

According to Vanguard, senators and members of the House of Representatives are prepared to give the bill accelerated consideration and passage into law.

The Federal Executive Council (FEC) had earlier pegged crude oil price at $38 per barrel with a proposal of N6trillion for the 2016 budget.

Giving an insight on what to expect today after an emergency FEC meeting yesterday, Minister of Information, Lai Mohammed and Minister of Budget and Planning, Udoma Udo-Udoma stated that the taxation laws will have to be reviewed and loopholes in the collection of taxes will have to be blocked to improve the revenue generation of the country.

Last Wednesday, the Senate  approved the Medium Term and Expenditure Framework (MTEF) and Fiscal Strategy Paper, FSP submitted by the Federal Government, just as it approved Crude Oil Benchmark price of US$38 per barrel for 2016 despite the global dwindling crude oil price to $36 per barrel as at Monday from the $40 per barrel.

In the documents, the Senate also approved that the Federal Government should in 2016 establish a data base and possibly a single salary account for all its employees as that would help streamline and reduce its personnel cost. It also approved the exchange rate of N197 to $1 as proposed in the MTEF.