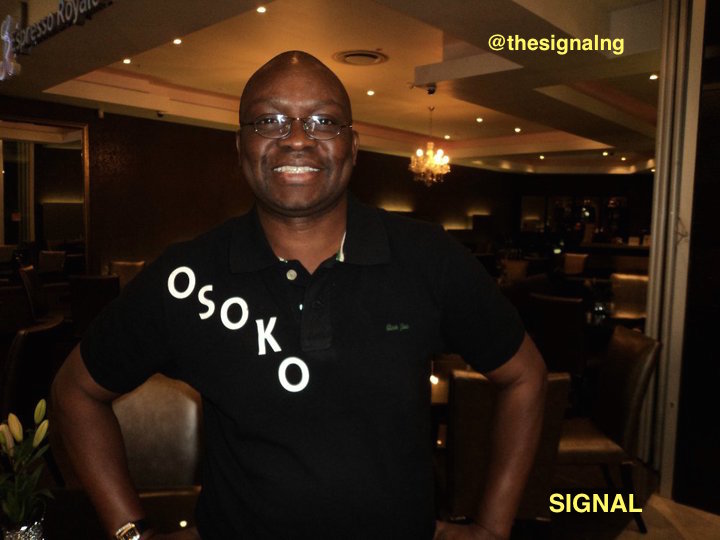 Ekiti State Governor, Mr Ayodele Fayose has described the last six months of President Muhammadu Buhari’s administration as that of “deceitful change,” lamenting that the president was destroying the image of Nigeria and its people for cheap international recognition.

The governor, who also described the claim by the Minister of Finance, Mrs. Kemi Adeosun that the ministry did not have details of any fund recovered from officials of the immediate past government of Dr Goodluck Jonathan as a vindication of his position that President Buhari was not speaking the truth.

He challenged Nigerians to ask the president where the so-­called looted fund was paid and who made the payments. He said;; “If the Ministry of Finance is not aware of any recovered fund, it is either those who purportedly made the refund did so by loading cash into Ghana-­Must-­Go bags and dropping the bags in the president’s bedroom or the fund was lodged into the Central Bank of Nigeria without records.

Speaking through his Special Assistant on Public Communications and New Media, Lere Olayinka, Governor Fayose said “the only areas President Buhari has recorded tremendous achievements are areas of political persecution, disobedience of court order and desperate bid to turn the country to a one-party state as evident in the Kogi State election, which the Independent National Electoral Commission (INEC), headed by staged managed and muddled up.” He said;; “in the last six months, a section of the judiciary has been so openly manipulated by the Buhari’s administration such that different judgments were given in similar cases, with the Peoples Democratic Party (PDP) getting negative judgments and the All Progressives Congress (APC) securing positive judgments in cases with similar facts and evidence.”

While sympathising with Nigerians, who were deceived to vote for the APC and are now bearing the brunt of the six months of Buhari’s administration’s cluelessness, Governor Fayose said;; “It is painful that Nigerians are being made to suffer great hardships from fuel scarcity, thousands of people are still being killed in the North by Boko Haram, Chibok Girls are still not found, power supply has dropped, and above all;; the unity of the country is being threatened as admitted by the Minister of Information, Lai Mohammed, yet all our President does is junketing around the globe.”

Speaking further, the governor said:  “Honestly, this change promised by President Buhari and his party, APC is nothing other than ‘one chance change’ and this has been attested to even by highly respected international news media.

“For instance, Bloomberg, in a report two days ago said hopes have fizzled in Buhari’s ability to turn around Nigeria and that money that flowed into stocks and bonds in Nigeria, which McKinsey & Co. says could become one of the world’s 20 biggest economies by 2030, is now fleeing as growth prospects diminish along with oil prices. “Under President Buhari, the United States­based investment banking and financial services multinational, J P Morgan ejected Nigeria from its Government Bond Index for Emerging Markets (GBI-­EM) with effect from the end of October this year. “Under Buhari, the future of workers is being threatened by the APC government’s plot to reduce minimum wage and retrench  workers.” “Under Buhari, oil subsidy is to be removed next year January, thereby causing further hardship for the people.

“Under President Buhari, multi-­national companies are laying­off thousands of workers while contractors working for the Federal Government have left their sites.

Yet, what the President does is to junket from one country to another to cast aspersion on Nigeria and its people and one wonders how foreign investors will come to a country that its President says is peopled by rogues.”