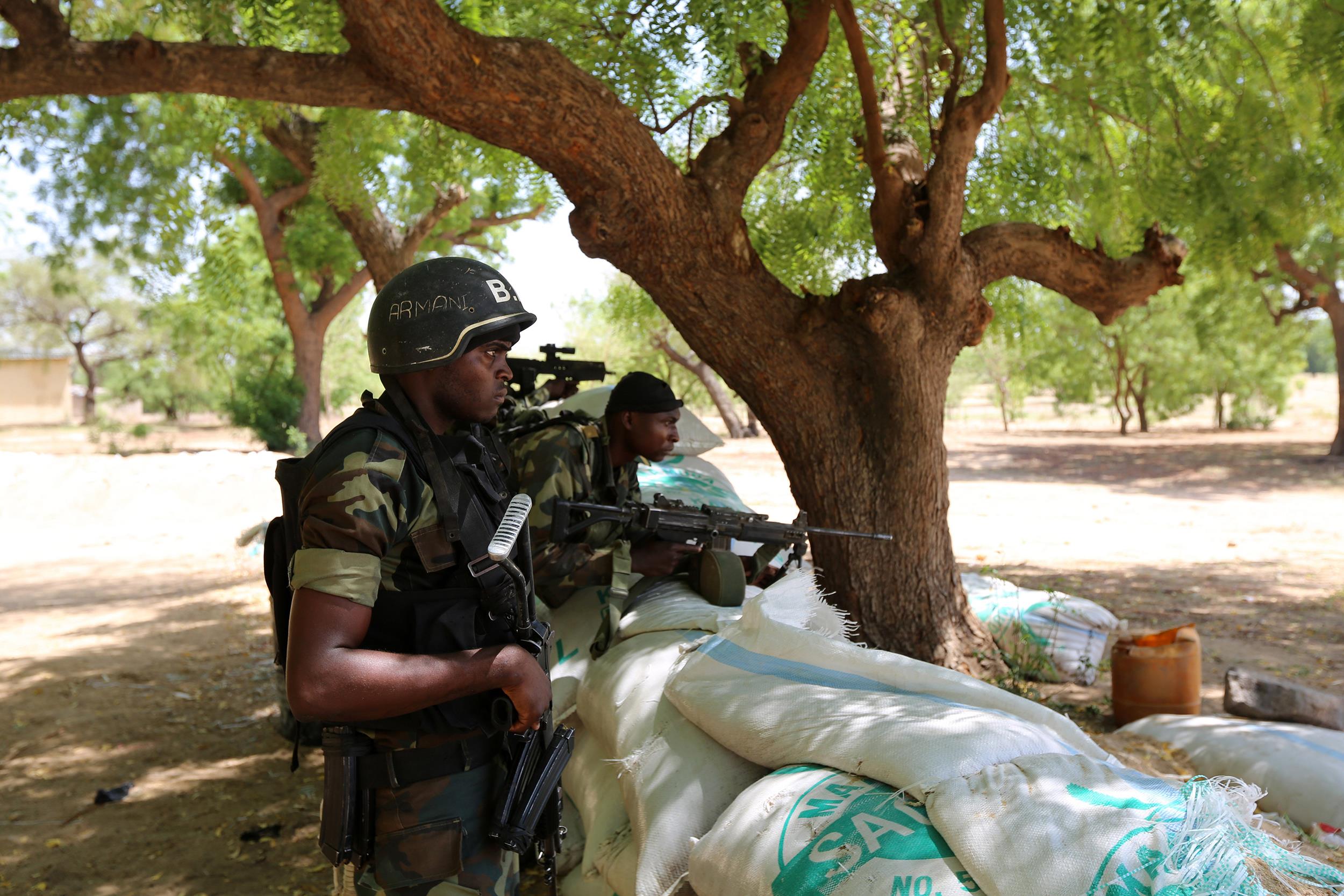 Cameroonian troops have killed at least 70 civilians while chasing Islamic insurgents in north-east Nigeria, according to villagers fleeing the violence.

Muhammed Abba, commander of a local group in Jimnana set up to fight Boko Haram, said Cameroon troops came into the Gwoza area of Borno state on Sunday.

He said they asked where the extremists were, and started firing, prompting residents to run. He added that 70 civilians were found dead on Monday.

Abbas Gava, Borno state spokesman for the civilian group fighting extremists, said fleeing residents had reported that Boko Haram members ran into Kirawa-Jimni, and that troops opened fire without hesitation while in pursuit.

Cameroon has denied those claims.

Mr Abba said: “We didn’t know what was going on but the Cameroonian troops suddenly appeared and began to ask us for Boko Haram terrorists. Before we could say a word, they started firing. That scared most of us and we began to run.”

Mr Gava, confirmed the reports, saying he received calls from residents of Ashigashiya village, near the border with Cameroon.

“They said the soldiers were in hot pursuit of the Boko Haram terrorists who ran into Kirawa-Jimni. The soldiers did not waste time upon arrival as they immediately opened fire on the villagers.”